Researchers at Tokyo Institute of Technology (Tokyo Tech) and NEC Corporation, Japan, present a 39 GHz transceiver with built-in calibration for fifth-generation (5G) applications. The advantages to be gained include better quality communications as well as cost-effective scalability.

A team of more than 20 researchers at Tokyo Tech and NEC Corporation has successfully demonstrated a 39 GHz transceiverthat could be used in the next wave of 5G wireless equipment including base stations, smartphones, tablets and Internet-of-Things (IoT) applications. 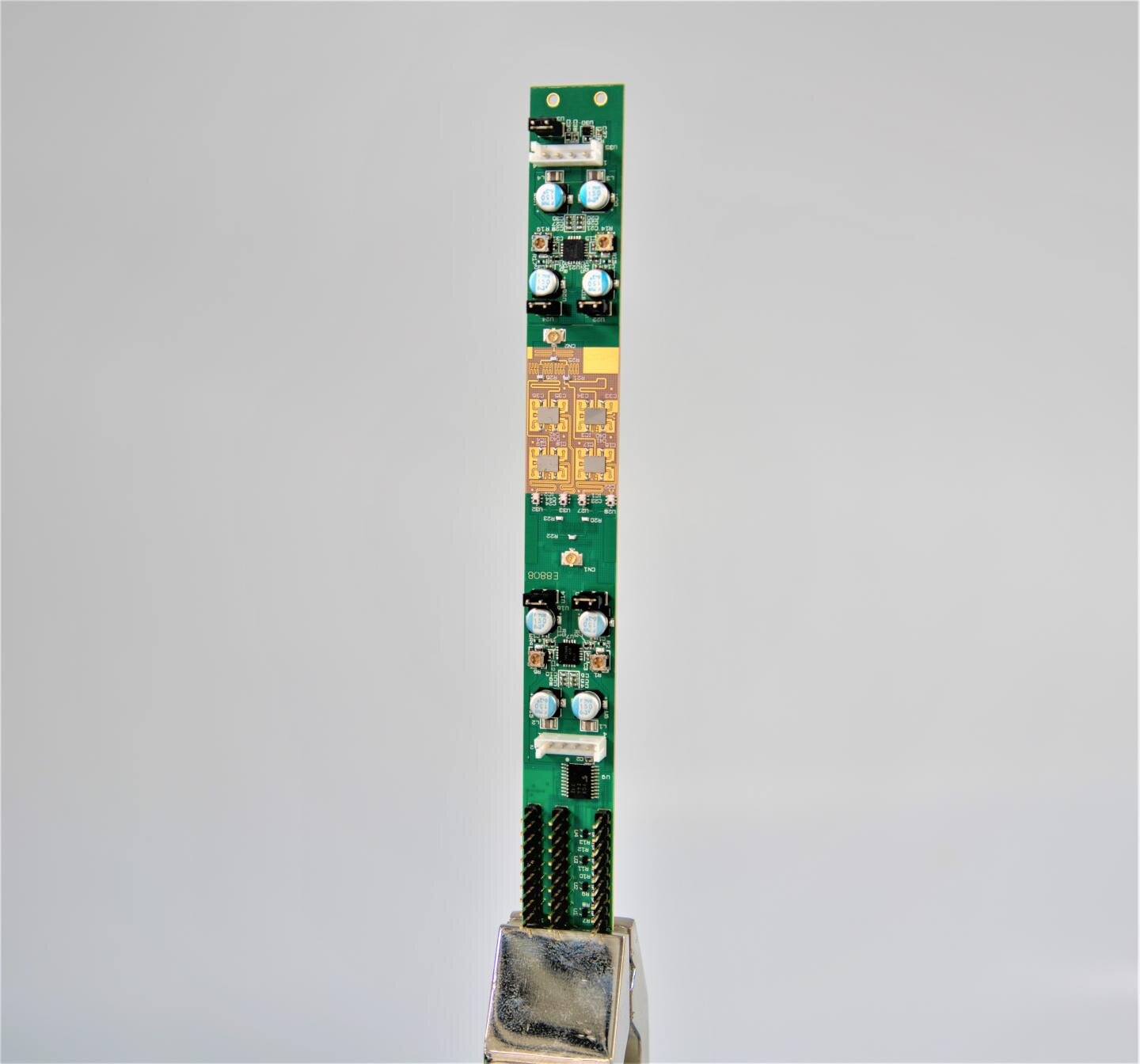 Although research groups including the current team have until now largely focused on developing 28 GHz systems, 39 GHz will be another important frequency band for realizing 5G in many parts of the world.

The new transceiver is based on a 64-element (4 x 16) phased-array design. Its built-in gain phase calibration means that it can improve beamforming accuracy, and thereby reduce undesired radiation and boost signal strength.

The researchers showed that the built-in calibration has a very low root-mean-square (RMS) phase error of 0.08°. This figure is an order of magnitude lower than previous comparable results. While transceivers developed to date typically suffer from high gain variation of more than 1 dB, the new model has a maximum gain variation of just 0.04 dB over the full 360° tuning range.

The transceiver, based on a 64-element phased-array design, takes up a chip area of 12 mm2. Credit: IEEE

“We were surprised to achieve such a low gain variation when actually using the calibration based on our local-oscillator (LO) phase-shifting approach,” says project leader, Kenichi Okada of Tokyo Tech.

In addition, the transceiver has a maximum equivalent isotropic radiated power (EIRP) of 53 dBm. This is an impressive indication of the output power of the 64 antennas, the researchers say, particularly for low-cost CMOS implementation.

Indoor testing (under anechoic chamber conditions), which involved a one-meter, over-the-air measurement, demonstrated that the transceiver supports wireless transmission of a 400 MHz signal with 64QAM.

“By increasing the array scale, we can achieve greater communication distance,” Okada says. “The challenge will be to develop the transceiver for use in smartphones and base stations for 5G and beyond.”

The work is being presented at the 2019 IEEE Radio Frequency Integrated Circuits Symposium (RFIC) in Boston, Massachusetts, US, as part of the morning session (Session RTu2E) to be held on 4 June 2019. The paper of this work “A 39 GHz 64-Element Phased-Array CMOS Transceiver with Built-in Calibration” by Yun Wang et al., received the best student paper award. The basics of 5G’s modulation, OFDM Record and analyze signals to 26.5 GHz