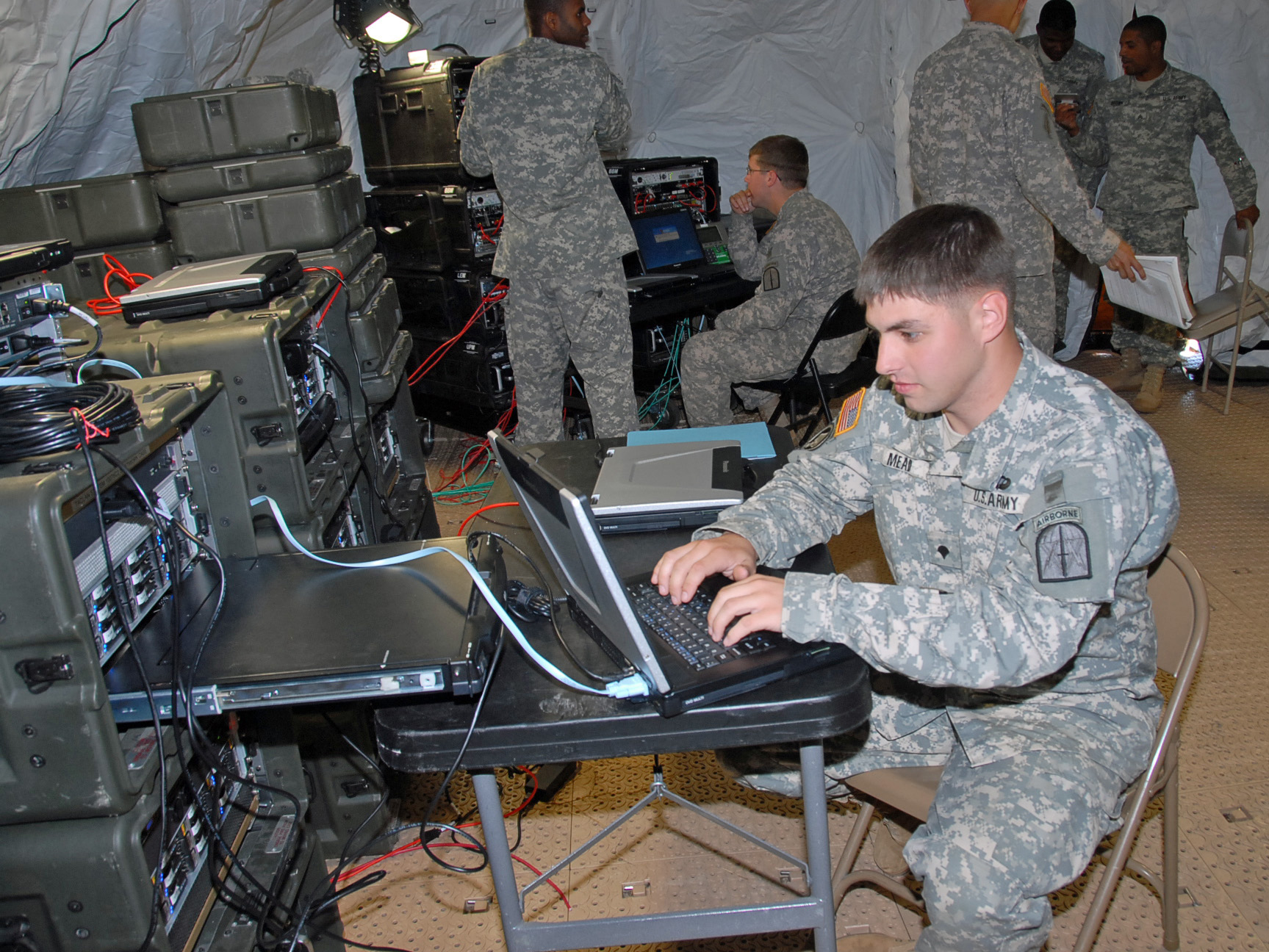 Before the Army’s mission command and networked tools can be put to work, these advanced capabilities must first be able to communicate with each other.

This important step, known as initialization, is getting easier with the new Initialization Tool Suite, or ITS, which is being fielded for the first time to U.S. Soldiers of the Eighth Army in South Korea.

ITS brings with it a simplified start up process, increased flexibility and the ability to make changes on the fly.

“The initialization step must be completed when the communications hardware is first turned on,” said Chris Famalette, assistant product lead for Initialization, or PdL I, part of the Army’s Program Executive Office for Command, Control and Communications-Tactical, or PEO C3T. “That allows the hardware to recognize all the gear in the command post so it can begin to exchange critical information with the other systems across the battlefield.”

Only a year ago this process required installing a disc preloaded with unit information known as data products. If something changed and revisions were needed, a new set of data products would have to be created, with units waiting up to 15 weeks for the updates. Now, with ITS, data products are delivered and Soldiers have the ability to make changes as needed.

“In the past we delivered a static data product to each of the units as they were preparing to deploy,” Famalette said. “With ITS, we can now give them a lighter version of the product and allow the unit to manipulate their own initialization by adding, removing or deleting assigned roles.”

The Army rolled ITS out to U.S. units on the Korean peninsula through a concerted fielding and training effort that ended in November. PdL I trainers were on-hand in Korea for the New Equipment Training/New Equipment Fielding. Because of the intuitiveness of ITS, each training lasted only two days.

ITS is made up of three tools: the Warfighter Initialization Tool-Manager, or WIT-M; WIT-Platform, or WIT-P, and WIT-Server, or WIT-S. Together these tools enable the unit to rapidly update units’ data products or “digital phone books” to reflect what occurs in the operational area of responsibility, or AOR, including equipment or organizational changes such as receiving a new communications technology or temporarily cross-attaching another unit.

Once data products are delivered to the unit the S6, or communications officer, can make the alterations to reflect exactly what systems are on the ground, instead of sending revisions back and ordering new data products. The S6 is now able to integrate new equipment, modify or add roles, and have those changes take effect almost immediately compared to the old way of doing business.

Already this capability has been delivered to select units across the Army fielded with the new integrated technology known as capability sets.

Data products are assigned to each unit in the Army before deployment or training events. They assign every system in a command post a unique identifier, role and Internet Protocol address, taking into account a unit’s specific mission, personnel footprint and mix of networked mission command systems. This contact information enables the various systems to connect and communicate.

The past method required data products that were delivered on discs and had to be “set in stone” with precision accuracy. Now that the units can make changes themselves, there is greater flexibility in not only building the data products but in implementing timely corrections in assignments or roles to ensure systems are synchronized with the mission. The initialization process itself has been cut down from hours of input, to 10 steps and on average three minutes.

Data products also help facilitate the process known as Unit Task Reorganization, or UTR, which is required when network adjustments are needed due to changes in mission. Simplifying and automating UTR is a top priority for the Army, given frequent feedback from Soldiers, who needed to manually execute network system changes when deployed.

“ITS provides senior commanders a more accurate common operating picture and gives the S6 a simplified, more hands-on approach to adapting their network based on their fight,” Famalette said.

ITS fielding will continue to Army Europe and then to bases within the continental United States. As it continues to evolve, new features will be rolled out. WIT-P, which gives the individual Soldier the ability to initialize at their command post workstation, could begin fielding as early as this summer.