Dubbed AutoDelivery, the robot is described as an “autonomous tug” that can pull several types of carts and transport goods in a number of public environments. It’s also a customizable design, which provides a versatile autonomous delivery solution to commercial facilities, warehouses, factories, and more. 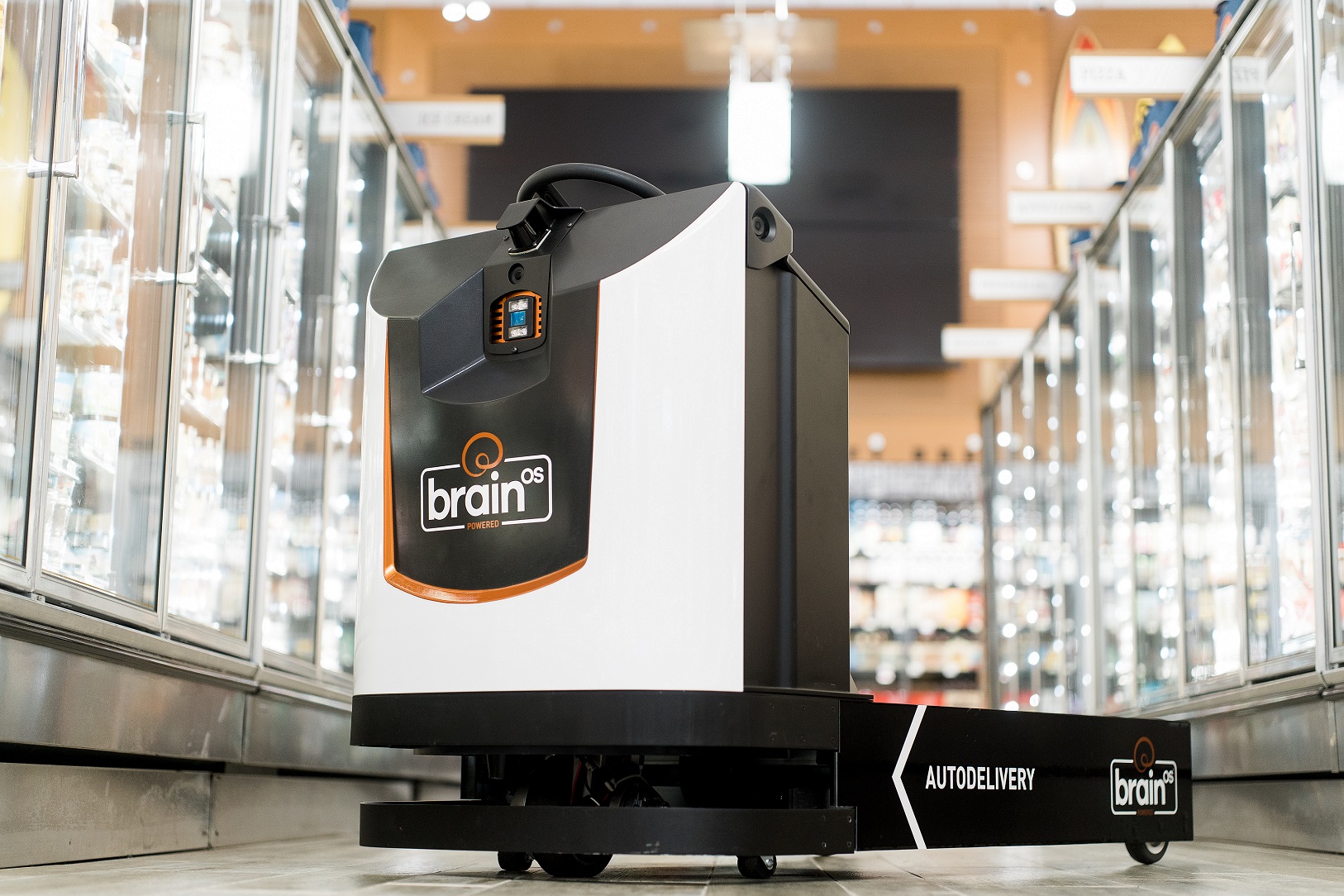 “This planned expansion beyond floor care and into the delivery space has primed BrainOS to become the industry standard when building AMRs [autonomous mobile robots]. Cited as the world’s top Autonomy Solution Provider by ABI Research, BrainOS and its promise of form factor and application flexibility is well represented through our introduction of AutoDelivery,” John Black, Brain Corp’s senior vice president of New Product Development, says.

BrainOS can be seen in industrial floor robots made by Tennant, Minuteman, ICE, and SoftBank Robotics.

Brain Corp Co-Founder and CEO, Dr. Eugene Izhikevich, says, “The integration of BrainOS into not just another form factor, but an entirely new vertical outside of floor care further proves the robustness and extensibility of the BrainOS platform. With the introduction of a delivery robot powered by BrainOS, we are another step closer to fulfilling our vision of a world where the lives of people are made safer, easier, more productive, and more fulﬁlling with the help of robots.”

To see AutoDelivery in action, watch the video below.