In the age of wireless tech, relaying and maintaining communication between operators and unmanned aerial vehicles (UAVs) has become a top priority for drone developers to understand and utilize. Especially during cases when UAVs are deployed in areas where reception is limited or only exists at certain altitudes and frequencies, the dependence that drone manufacturers are inevitably forming on wireless broadband is becoming very apparent. In terms of utilizing spectrum to increase command and control, carriers like Verizon are taking advantage and will begin to play huge roles in this growing relationship.

“Verizon and the other carriers are going to see that there’s a huge role for them to play in terms of spectrum and how it can be used, how it will increase command and control,” says Michael Drobac, executive director of the Small UAV Coalition. “When you’re talking about mobile drones in an area, the question is the sense and avoid technology will obviously evolve communications, so I think there are bands of spectrum that will be used not only for testing but also for different drones at all altitudes.”

The charts below demonstrate the relationship between spectrum frequency, altitude, and range. 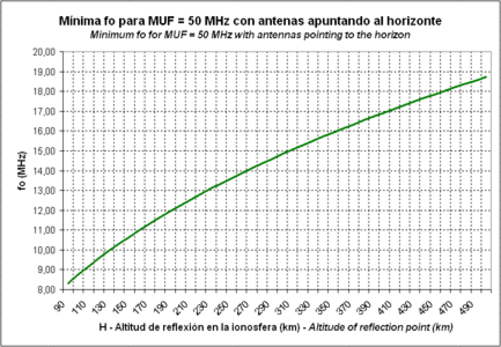 Certain altitudes only receive certain frequencies, many of which UAVs will travel through—and over great distances. These circumstances have prompted the interest in wireless operators to begin working with drone developers, who are essentially bent over a barrel, and can’t expand at their desired level of efficiency without the help of wireless service providers.

An existing spectrum for drones will be imperative for UAV manufacturers to continue leading the way in this industry, especially at the commercial level. While an unlicensed spectrum could suffice for recreational users, commercial drones will need their own dedicated spectrum to implement their routine itineraries, and so operators could maintain communication.

“The bands could, for example, be useful for offering broadband access via airborne platforms such as high-altitude balloons or unmanned aerial vehicles, where deployment of terrestrial networks is uneconomic,” a Google spokesman stated on high-altitude spectrum frequency. “The bands are also likely to be useful for the continued development of new terrestrial technologies. For instance, some machine-to-machine applications will rely on this band for backhaul, hub-to-device, or device-to-device communications.”

4G has sufficed thus far since LTE is suited for drones. This is mainly due to the fact that UAVs can range too far from their communicative spectrum, and rely solely on WiFi for transmitting data to use in 3G networks. UAVs can use the LTE spectrum to perform tasks like delivering sensor data for processing, analysis, and mid-flight decision-making. The improved quality of the LTE spectrum also enables drones to receive command-and-control inputs in real-time.

Seeking more innovative ways to improve wireless communicative connections for UAVs in a timely manner, groups like the Small UAV Coalition are concerned about federal and state regulations affecting the developing collaboration between UAV manufacturers and wireless service providers. Approaching its first anniversary in October, the coalition does not want to wait for the activation of the 5G spectrum.

Despite containing members like Amazon Prime Air, Google X, GoPro, Parrot, and 3DR, the coalition is primarily focusing on pushing regulations and conditions that have bigger effects on drones flying lower than 500 feet. Having said that, the coalition is aware UAVs could wind up flying as high as 60,000 feet from companies like Facebook and Google.

Hoping to surmount potential or existing state and federal regulations on drone airspace and operations, the Small UAV Coalition is pushing for the ability to operate small UAVs containing varying degrees of autonomy to operate beyond the line of sight for purposes that are commercial, consumer, recreational, or philanthropic in nature.

The group is urging the FCC to expedite the processing of their requests with hopes of ensuring the supportive spectrum range their UAVs need becomes available. According to the coalition, the FCC should also enable flexible aeronautical mobile service (AMS) to utilize the 5925-6700 MHz band range for both manned and unmanned crafts, while not limiting any usage to aeronautical mobile telemetry (AMT) for flight testing.

It’s possible the Small UAV Coalition’s requests could get honored by state and local governments. Legislations at the state and federal level are aware of the technological capabilities drones have, along with how resourceful these crafts could be. Governmental entities are aware UAVs can assist or independently perform jobs like cell tower inspections, which could mitigate the risk of injury and death to human workers. It’s also possible legislators could set up a specific frequency spectrum for drones, especially for UAVs that are being used for commercial purposes.

Regardless of what happens in the future, a collaborative relationship between drone manufacturers and wireless service providers will undoubtedly happen one way or another, whose benefits will become increasingly evident and felt on a local and commercial level.