As operators ramp up for 5G, forecasts focusing on the next-generation network technology are beginning to surface.

According to new numbers from Ericsson, 5G subscriptions will hit 150 million by 2021.

Rima Qureshi, senior vice president & chief strategy officer for Ericsson said in a statement that 5G is about more than faster mobile Internet.

“For example, Ericsson has built a prototype testbed for applying 5G networking functions and data analytics to public transport, which can save resources, reduce congestion, and lower environmental impact,” Qureshi said. “ICT transformation will become even more common across industries as 5G moves from vision to reality in the coming years.”

Ericsson predicts that South Korea, Japan, China and the United States will lead the charge, with the first and fastest 5G deployments.

Aside from 5G, the new report projects growing mobile subscriptions will grow to one billion by the end of 2015.

In Ericsson’s vision, video will drive demand for higher-capacity 5G networks. The report shows a significant increase in mobile video consumption, which is driving around six times higher traffic volumes per smartphone in North America and Europe from 2015 to 2021.

Ericsson forecasts that data traffic per active smartphone user in North America will grow from 3.8 to 22 GB per month by 2021. In Western Europe, the increase is from 2 to 18 GB per month.

A complete copy of Ericsson’s report can be found here. 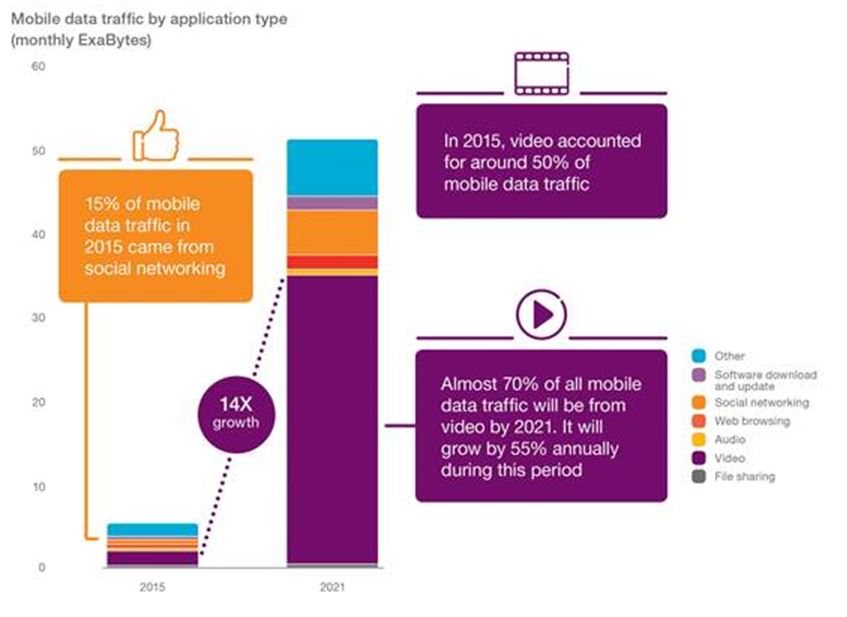