Ford’s self-driving robot nicknamed “Survival” can be found at one of their manufacturing plants in Valencia, Spain, delivering spare parts to human workers. It’s been programmed to navigate the plant’s layout, updates its route if an obstacle is detected, and uses lidar to visualize its surroundings.

“We programmed it to learn the whole of the plant floor so, together with sensors, it doesn’t need any external guides to navigate,” Eduardo García Magraner, engineering manager at the Spain stamping plant, says. 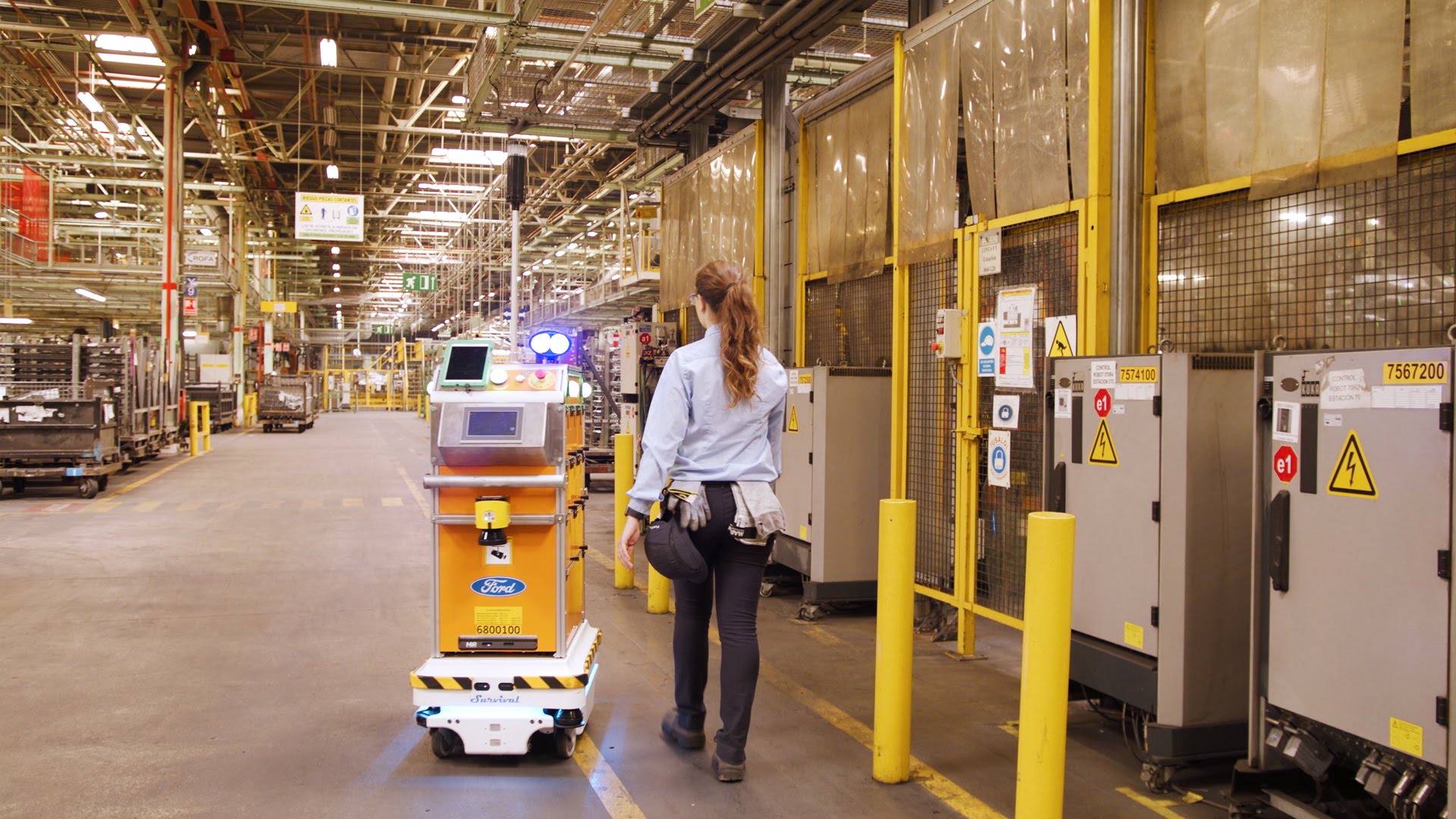 The spare-part robo-deliverer eliminates time-consuming, mundane tasks from the plates of the human staff, which ends up saving about 40 hours each day for employees, according to Ford. Rather than a foreboding replacement, Ford explains that Survival frees up employees’ schedules for more multifaceted jobs.

The robot has an automated shelf with 17 slots to hold different materials. “To avoid errors, the opening and closing of these slots is automated, meaning operators in each area only have access to the materials assigned to them,” according to Ford.

When it comes to human-machine interactions, it seems the two have learned to coexist after the initial shock subsided.

“When it first started you could see employees thinking they were in some kind of sci-fi movie, stopping and staring as it went by. Now they just get on with their jobs knowing the robot is smart enough to work around them,” Magraner says.

Magraner explains that Survival has been undergoing tests for about a year’s time, and has thus far performed “faultlessly.” Next, the team hopes to up the robot’s role to full-time use and expand its influence to other Ford facilities.