Apple unveiled three new iPhones on Wednesday, including its biggest and most expensive model yet, as the company seeks to widen the product’s appeal amid slowing sales.

CEO Tim Cook showed off the iPhone XS Max, which has a bigger screen than the one on last year’s dramatically designed model , the iPhone X. It’ll cost about $1,100, topping the iPhone X, which at $1,000 seemed jaw-dropping at the time. An updated iPhone X, now called the XS, stays at $1,000.

As with the iPhone X, both new phones have screens that run from edge to edge, an effort to maximize the display without making the phone too awkward to hold. The screen needs no backlight, so black would appear as truly black rather than simply dark. The Max model looks to be about the size of the iPhone 8 Plus, though the screen size is much larger.

The iPhone XS Max, which will be available on Sept. 21 — with orders open the week before — represents Apple’s attempt to feed consumers’ appetite for increasingly larger screens as they rely on smartphones to watch and record video and to take photos wherever they are. 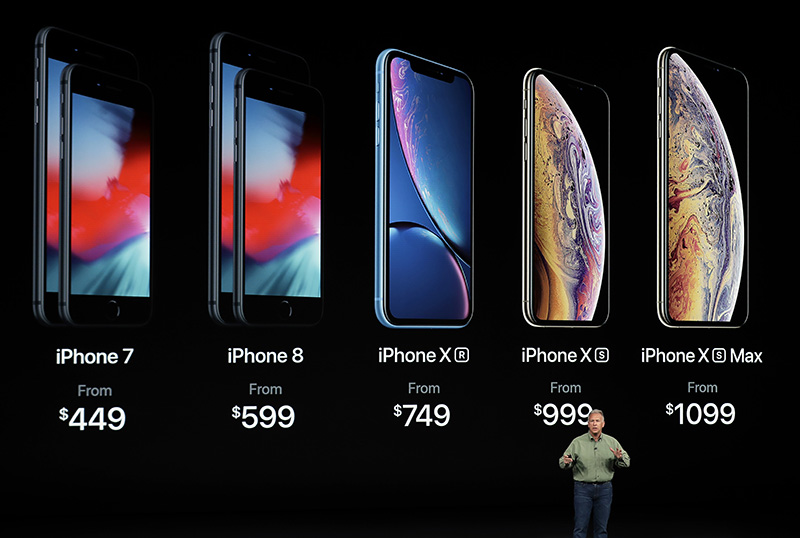 By making more expensive iPhones, Apple has been able to boost its profits despite waning demand as people upgrade phones less frequently. IPhones fetched an average price of $724 during the April-June period, a nearly 20 percent increase from a year earlier.

Apple also showed off a cheaper iPhone, called the iPhone XR. It has a traditional, lower-quality screen and an aluminum body; it’s physically smaller than the iPhone 8 Plus but has a bigger screen. It’ll cost roughly $750 and come out on Oct. 26.

All three new models join the iPhone X in getting rid of the home button to make room for more screen. They will have facial-recognition technology to unlock the device.

Although it didn’t sell quite as analysts anticipated, the iPhone X still emerged as the most popular in Apple’s line-up, according to Cook. That emboldened the company to aim an even more expensive device at the affluent households that tend to gravitate to its products, especially in the U.S. and Europe.

For everyone else, many of whom are still using iPhones they purchased several years ago, there’s the XR.

“I am going to go out on a limb and say the XR is going to become Apple’s top-selling iPhone,” said analyst Patrick Moorhead of Moor Insights. “It is a smart strategy to keep more people in the Apple ecosystem and get even more people to come into it.”

The next major update to the iOS will be released next Tuesday, followed a week later by a Mac software update. Both will be free to install.

Apple also announced updates that push its Apple Watch further into medical device territory. It has a larger screen and a built-in heart sensor that the company said can detect irregular heart rates and perform an electrocardiogram. The latter feature has been cleared by the U.S. Food and Drug Administration, the company said.

Ben Wood of CCS Insight said getting U.S. regulatory clearance for that is a milestone that underscores the company’s leadership in health and fitness. Typically, smartwatches are marketed as consumer devices, not medical ones needing clearance.

These features will be available to U.S. customers later this year, but Apple did not say when it would make it to the rest of the world.

In addition, Apple said the Series 4 Apple Watch will also be able to detect when someone falls — and can tell the difference between a trip and a fall. If it detects a fall and the user doesn’t respond in a minute, it’ll automatically call for help. This feature may be especially attractive to older people or those with elderly parents worried about falling when no one is around to help. 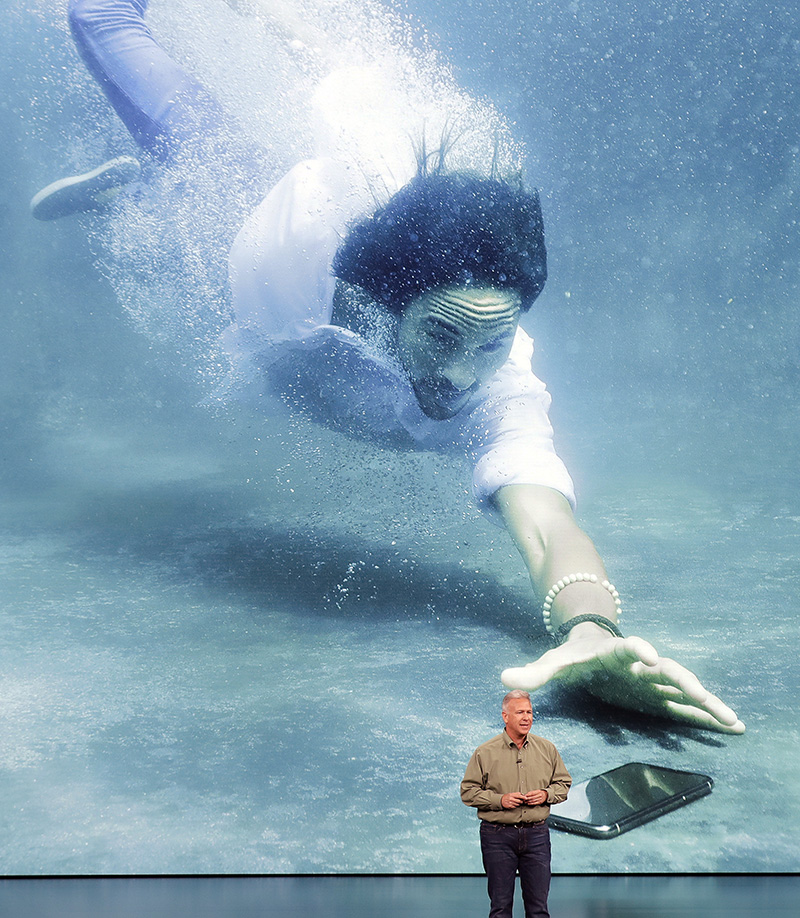