Although nascent technology is frequently met with healthy skepticism, innovations can make what was once magical into the mundane. Many of us may remember being enthralled by the magic phrase “Open sesame,” when we first heard the tales from the Arabian Nights as children. However, to the current generation of toddlers growing up with Alexa, Siri, and Google, voice commands such as “Alexa, open the door” is nothing surprising. Although energy harvesting technology for the Internet of Things (IoT) is in its infancy today, a battery-free connected device is not far off. Many low-power, portable IoT devices can operate forever, powered by harvested energy without requiring battery replacement or explicit battery charging.

To make energy harvesting work, the amount of available energy must be higher than what is required to perform the desired task. There are numerous examples of battery-free and forever battery life devices. Mechanical watches have a very long history of harvesting motion energy to avoid the need for manual winding, while more recently, electrically powered watches harvest light energy to keep batteries charged. Over the last decade, most calculators have become battery free, operating from harvested indoor light energy—we typically do not use calculators in total darkness. Inductive wireless energy transfer allows battery-free NFC and RFID tags to operate battery free within a short range. Wireless charging pads are increasingly replacing power cords for improved convenience. The holy grail of energy harvesting today is to sever the power cord and allow our devices to harvest ambient energy at a convenient distance. Two of the most promising sources of ambient energy harvesting for IoT applications are light and RF.

Humans need light to see. As a result, our living spaces are generally illuminated providing a ready source for harvesting. Most workplace lighting, for example, has at least 100-200 lux of luminance to provide enough visibility. This level of light can be used to generate tens of microwatt power using a small (~10 cm2 size) photovoltaic cell. If the average power consumption of the devices can be kept at the microwatt level, this light-sourced energy will be sufficient to create forever battery life or battery-free solutions.

Light-powered watches and calculators are some common examples. IoT devices can also operate from energy harvested from light. Chip technology built on Bluetooth 5 has successfully lowered the average power consumption of IoT beacons to the microwatt level, thereby enabling these devices to be battery free when paired with a small-form-factor photovoltaic cell. In enterprise deployment of beacon devices, harvesting energy from readily available indoor lighting eliminates the need for frequent battery replacements and can dramatically lower the maintenance cost.

Although scavenging available energy from wireless communication is appealing, there is no such known deployment in IoT applications. This is because, until now, the amount of energy harvested is insufficient for meaningful connectivity applications. Let us examine the state-of-the-art RF energy harvesting technology. Figure 1 shows a typical block diagram of RF energy harvesting. An incoming RF signal is rectified by the harvester into DC voltage. This DC power is stored on a capacitor and converted into the required voltage level by a power management unit. Modern designs can achieve more than 50 percent efficiency in the harvester, excluding propagation loss of the RF signal.

RF signal propagation loss through free space can be estimated using the Friis equation. The received RF energy  is:

Figure 2 plots the amount of received energy predicted by the Friis equation at 900 MHz and 2.4 GHz for a 30 dBm transmitter, assuming 0 dB transmit and receive antenna gain. Within close proximity from a source (several cm), several tens of milliwatts of power can be received.

For the table top range of 1 m, the available power drops to less than 1 mW and the receive power dissipates further to the microwatt level at 10 m distance. As expected from the Friis equation, the available received power is higher when the frequency is lower. Today’s IoT devices typically require more than 1 mW of average power to perform its operations. That is, received RF energy should be higher than -30 dBm, limiting the range of useful RF energy harvesting to within 10 m from a 30 dBm source.

At any given environment, the amount of available RF energy from wireless communication can vary from 0 to > 100 mW depending on the proximity of the nearby RF sources. How much energy is available from WiFi in a typical office or home? The received RF energy far away from the nearest WiFi router can be as low as -60 dBm (or 1 nW) and still connect with good throughput. This energy can be higher than 10 dBm (or 10 mW) when next to a WiFi router. That is, using ambient WiFi energy to power IoT devices is not reliable. Its energy level may be too low because of the distance to the nearest router or the wireless activity may be too infrequent. For reliable performance, the RF source should ideally be co-located in the same room and be controllable so that the energy can be supplied when needed. Alternatively, a backup battery can be used to supplement the large variation in available RF energy. 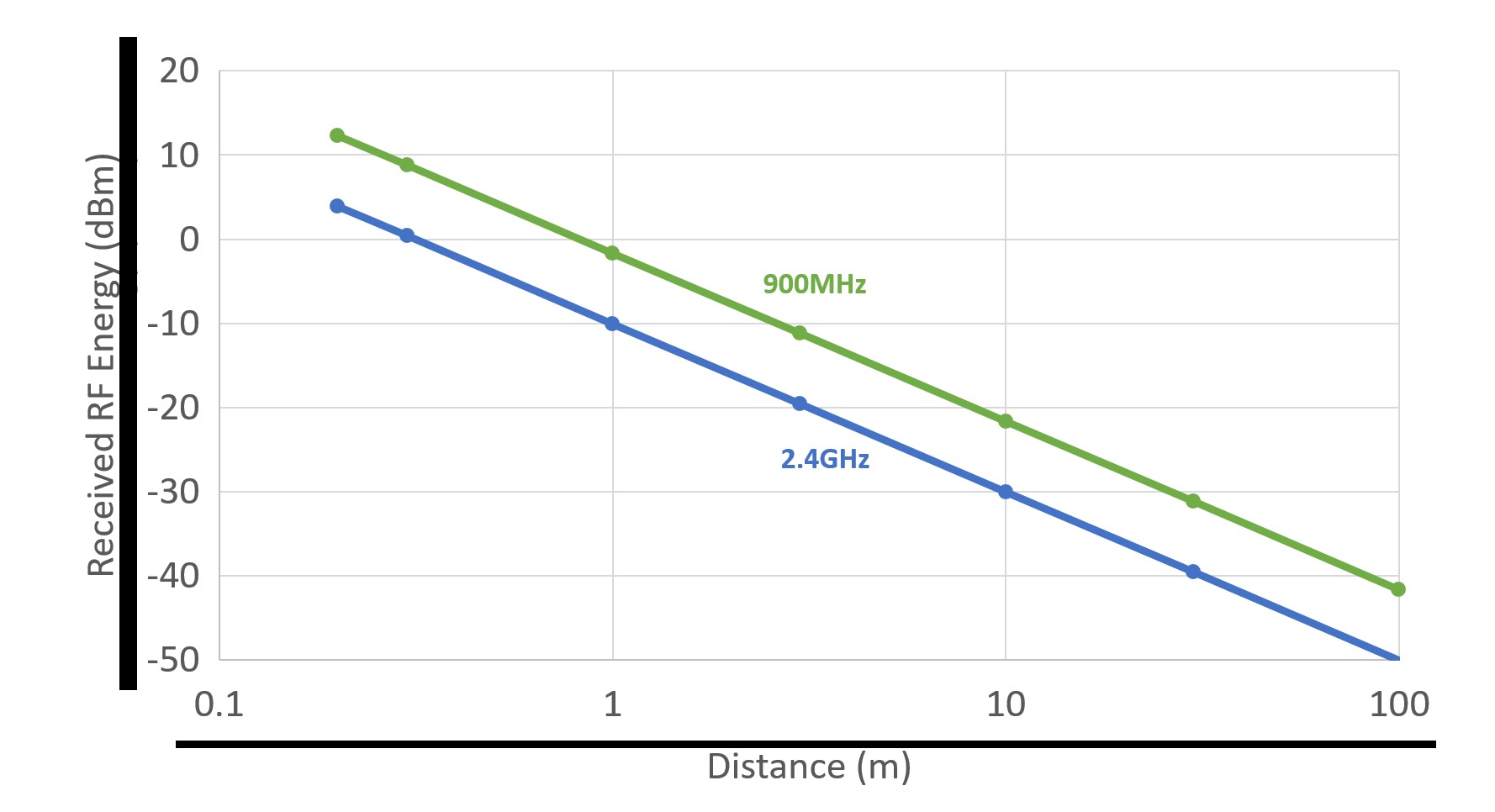 Figure 2: Received RF energy based on the Friis equation.

Today’s state-of-the-art RF harvester typically requires a received energy of at least -30 dBm. More importantly, the desired application must be low power enough to operate with the harvested energy. Bluetooth Low Energy SoCs are being designed to operate with microwatt active power and microwatt-level average power in low duty cycle applications. Combined with an integrated RF energy harvester, this BLE SoC can create a full-function and yet battery-free Bluetooth solution. Figure 3 shows the potential applications can be grouped into three categories: proximity, table top, and room.

Figure 3: Applications that can operate from harvested RF energy.

In close proximity to an RF source, a low-power Bluetooth SoC can harvest enough energy to operate continuously. For example, in some medical applications, the battery-free implanted device can operate whenever an RF source is close by. Within table-top distance, the harvested RF energy can power high-duty cycle Bluetooth applications such as remote controls, keyboards, and mice. And, within the same room, the RF source can power low-duty cycle devices such as asset tags and beacons or offset leakage currents of other devices during standby operation by trickle charging a battery or a supercapacitor.

The combination of low-power design and energy harvesting can create battery-free IoT applications with connectivity, computing, and sensing functions. Much like achievement of voice assistants, the performance of energy harvester and low-power circuits also make what once seemed like “magic” possible. Energy harvesting will only continue to improve, leveraging indoor and outdoor light, and broadening the possibilities of battery-free applications for the ever-growing IoT. Such battery-free devices may even appear to be magical, at least until they become mundane. Submit your paper to 5G World Forum by May 23

White paper: 5G evolution – on the path to 6G 5G is hot, keep your components and systems cool