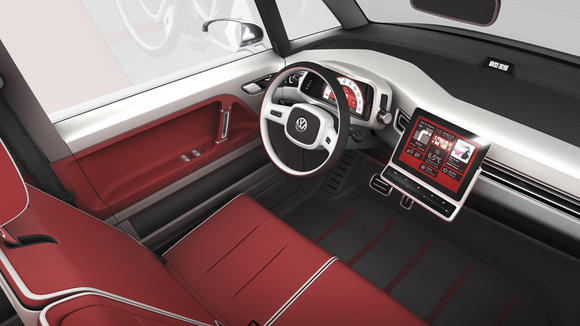 Fact: Pretty much all new cars are a decent steer. The driving experience delivered by the major brands is now so polished and so homogenous, that many cars, from a Ford Focus to a Volkswagen Golf, offer very similar dynamics. Likewise, the gap between premium and mainstream manufacturers has dwindled to vanishing point.

OK, a Mercedes or BMW does drive a little better than a Vauxhall. But today’s motorists are more likely to notice how slickly and seamlessly a smartphone syncs with their latest vehicle, the intuitiveness of the media playback controls and whether the sat nav guides them accurately from A to B. In other words, forget steering feel, it’s that awful word infotainment that really matters.

As the consumer technology and automotive industries continue to converge, buyers are only going to become more demanding. Part of the problem is that six months is an eternity in terms of smartphone development, but it’s a blink of an eye in car development.

The result is that dated in-car systems are becoming more and more of a problem. Whether it’s the latest mapping techology, social networking or high speed internet connections, expectations for seamless integration and high performance across all computing devices are on the up. That includes cars. 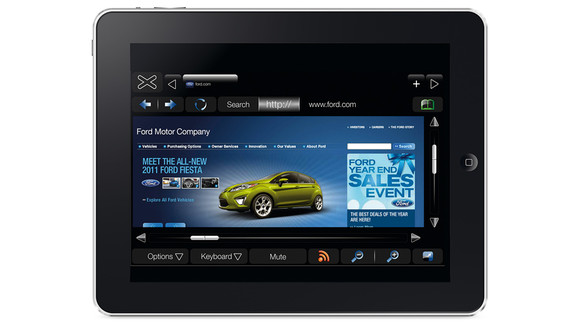 What are your options?

All of which begs some crucial questions. For starters, who makes the best in-car infotainment systems today? What are the key trends for the future and is it even realistic for every car manufacturer to produce its own bespoke infotainment platform?

When BMW first introduced the iDrive interface, it was dismissed as impenetrably complex and unfathomable to use. But that hasn’t stopped several other car manufacturers from developing similar systems.

Mercedes’ COMAND and Audi’s MMI systems also use a rotary wheel-come-joystick controller for navigating menus and inputting data. It’s a much more intuitive and effective control interface than the more Luddite members of the mainstream motoring press would have you believe.

But there is another option. With a touchscreen you can enter a sat nav destination in seconds. You can also flick between menus, change settings and enter phone numbers far quicker than you could with a dial or joystick. Accordingly several car manufacturers have adopted touchscreens for their infotainment systems, including Jaguar, Land Rover, VW and Porsche.

At the same time, makers of portable digital devices are increasingly turning to touch. What works well on an Apple iPad can also make sense in-car. But wouldn’t it also be nice if the touch interface in your car mirrored that of your smartphone, your PC and your tablet? In other words, why not apply the best interface across all devices, rather than having to learn the ins and outs of half a dozen?

Hold that thought for a moment. Assuming you have a control interface that works intuitively, be it touch or wheel driven, the next big question is functionality.

It’s all about the journey

In-car, the key features list begins with navigation. In the UK, the most efficient way to enter a destination is via postcodes. However, many factory fitted navigation systems still don’t support seven-digit postcode entry. It’s a particularly painful shortcoming when you consider that nearly all aftermarket navigation systems support full postcode input.

It’s just one of many examples where dirt cheap consumer electronics, such as £100 sat nav units can trounce built-in infotainment systems costing thousands. In theory, any sat nav system should also be able to adapt your route to avoid traffic jams and accident spots.

Most factory-fit systems have support for the FM radio-based RDS-TMC traffic information system. But it’s no match for aftermarket traffic information platforms such as TomTom’s HD Traffic. TomTom’s system constantly updates traffic information via an integrated cellular connection and guides the driver through the least congested route, courtesy of detailed and up-to-date pictures of traffic conditions.

Leave it to the experts

The obvious solution, and one that could point the way forward for several aspects of in-car technology, is to leave the experts to do what they do best. As far as navigation goes, both Fiat and Renault are doing just that in the form of TomTom engineered factory-fit sat navs.

If infotainment is essentially a triple-pronged beast composed of nav, comms and tunes, one of its key enablers is Bluetooth. It’s the predominant wireless interface for connecting mobile phones. That much you probably already knew. But did you also know there are two different Bluetooth profiles available for connecting phones with infotainment systems?

The SIM Access Profile (SAP) communicates directly with the SIM in your phone. Consequently, a SAP connection can make use of a high-gain radio fitted to the car, rather than a phone’s radio hardware, and therefore provide better reception.

Unfortunately SAP isn’t widely supported by mobile phone manufacturers yet. Instead, most infotainment systems rely on the Hands-Free Profile (HFP). With HFP, your phone will connect to your infotainment system in the same manner as it would a Bluetooth headset, with the phone’s radio and antenna doing all the work.

The sound of music

Of course, Bluetooth isn’t just about cellular comms. It can also be a useful interface for music playback. The best in-car infotainment systems don’t just play streamed music from devices such as smartphones. They also show track information and provide transport controls for changing tunes.

One of the more delightful features of the best infotainment solutions is the ability to seamlessly switch music playback from the headphones of the portable device to the in-car audio system. You simply step into the car, hit the ignition and it all happens automatically. Many in-car systems can also store music locally. Some even include CD ripping capability complete with the Gracenote database, which allows tracks to be automatically tagged and named.

Increasingly, however, the best solution is the streamlined ability to play music from a portable device, be that a smartphone or dedicated music player. It’s down to what works best for an end-user juggling several devices. Why bother with maintaining several parallel music libraries when you can have a single, centralised music repository?

That, in turn, is something that might be even easier to manage via some kind of online, cloud-based music library. More on which in a moment.

When Jaguar announced the arrival of their new XJ back in 2009 one of the technology highlights was a virtual dashboard with user-configurable dials and displays. As more manufacturers adopt virtual instruments, drivers will have the ability to display the information that’s most useful to them.

But that information doesn’t have to be displayed within the dash binnacle. With head-up display technology making the move from fighter planes to automobiles, drivers can keep track of relevant information such as speed, navigation prompts and gear ratios without having to look away from the road.

The new Audi A7 Sportback has a head-up display that shows all of the above plus the speed limit and distance to the car in front. It even alerts drivers to hazards ahead, long before they can see them.

With smartphones providing internet access anywhere, anyplace, anytime, that’s arguably the next big thing to aim for infotainment-wise. Audi’s revision of the MMI platform, as seen in the A7 Sportback and new A6 models, was one of the first to include 3G connectivity, a distinct advantage over the 2.5G Edge connection used by the likes of BMW’s ConnectedDrive. Simply install a 3G data SIM in the MMI infotainment system, and you unleash a world of high-speed internet access.

But it’s not just the MMI platform itself that can get online. It can also create a Wi-Fi hotspot linked to its 3G connection. So, if you’re sitting in the back of the car on your laptop, you can get online like a home or café wireless network.

For the record, BMW has also launched an update to its ConnectedDrive system, allowing for the connection of a 3G dongle via a USB port and support for Wi-Fi hotspots.

What about the future?

Digital devices such as PCs, smartphones and tablets are all upgradeable. In other words, you can install apps along with firmware and software updates to unlock new features and functionality. The same evolutionary model will soon exist for in-car infotainment systems.

Embedded computing platforms such as Intel’s Atom processor and Nvidia’s Tegra 3 smartphone chip will enable infotainment systems capable of running a multitude of operating systems, while also supporting software upgrades in the form of apps, just like a smartphone.

A glimpse of this future comes courtesy of Renault’s upcoming infotainment system, known as R-Link. Based on Google’s Android operating system, as seen in the latest tablets and smartphones, it should make for the most seamless integration yet between smartphones and cars – for those of you with Android handsets, of course.

Another way of reducing the number of interfaces is to literally use your smartphone or tablet computer to control in-car systems. At the recent Geneva Motor Show, Volkswagen unveiled the Bulli concept, a reborn Microbus for the new millennium. Cutesy styling aside, the big news with Bulli is a purpose-built dock for Apple’s iPad tablet computer. Simply drop your iPad in and it assumes control of the full infotainment system as well as other in-car features such as climate control.