Mobile internet connections on 4G networks are quicker than the internet connections that many people have at home. What used to be unthinkable in the early days of the mobile internet is now reality. Streaming HD video or downloading music, apps and games on the go without a wi-fi connection is no problem on today’s wireless networks. According to Ericsson’s latest Mobility Report, there will be 3.4 billion 4G (LTE) smartphone subscriptions worldwide by the end of this year. The next revolution in wireless connections is already on the horizon though: 5G.

Verizon and Samsung issued a joint press release on Monday, touting the new technology and announcing Samsung’s first 5G smartphone for the first half of 2019. “5G mobility service will provide massive bandwidth, greater opportunities for connectivity and improved network reliability. When fully implemented, it will offer capacity and download speed many times faster than today’s 4G LTE network”, the release reads.

While Samsung is keen to get on board the 5G hype train early, another industry heavyweight is in no rush to adopt the new technology. According to a Bloomberg report published on Monday, Apple is planning to wait until at least 2021 before releasing a 5G iPhone. While Apple has a history of waiting for new cellular technology to mature before adopting it, delaying the switch to 5G could prove costly, some experts argue.

According to latest estimates by Ericsson, however, 5G technology won’t really take off until 2021/2022 anyway, suggesting that Apple could hold out on the new standard without sacrificing too much in terms of potential iPhone sales. Ericsson puts global 5G smartphone subscriptions at 54 million by the end of 2020. Two years later, however, the researchers are expecting the worldwide 5G population to have risen to 551 million. 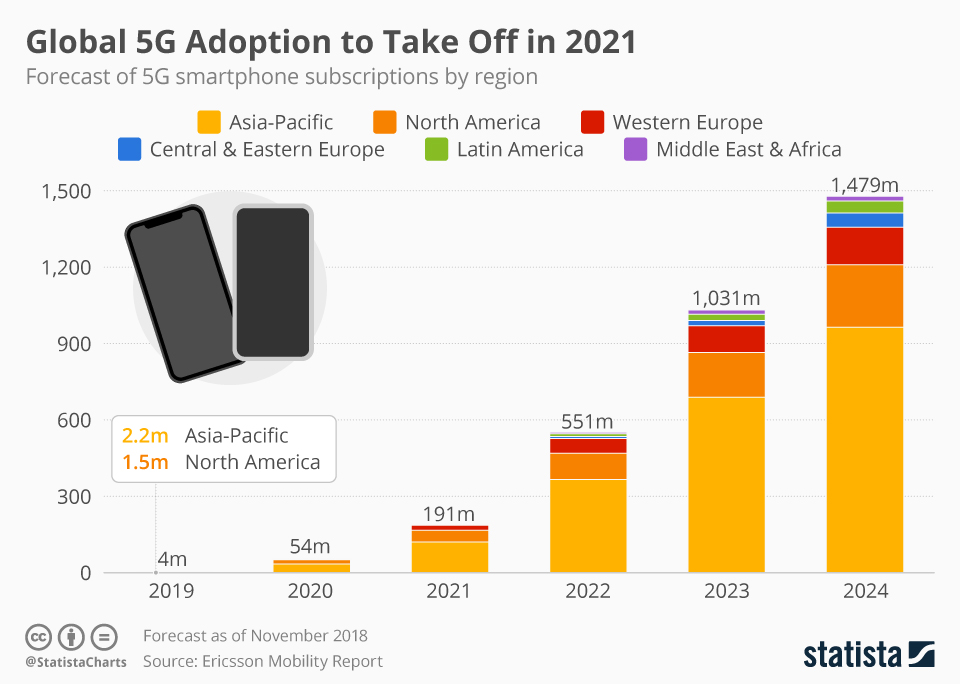