On any given day in the United States, there are over 42,000 flights carrying 2.5 million airline passengers, traveling over 29 million square miles of airspace. Keep in mind this is roughly one day in the United States, let alone the entire world. With that said, it sheds some light on how complex it is for air traffic control centers and federal aviation organizations (like the FAA) to monitor and communicate with millions of airline flights in the United States every year. Planes have been traversing our skies for well over a century now. During that time, everything from aircraft design and flight speeds to communication methods between planes and the ground have drastically evolved.

Nowadays, control towers maintain communication with airplanes through various means that include radar, high frequency radio signals, and even text messaging. From communication between pilots and ground control to tracking planes while heading to their destinations, the infographic below sheds more light on these modern communication and tracking methods that are responsible for maintaining order among our airport runways, while ensuring thousands of flights arrive and take off in a timely manner. 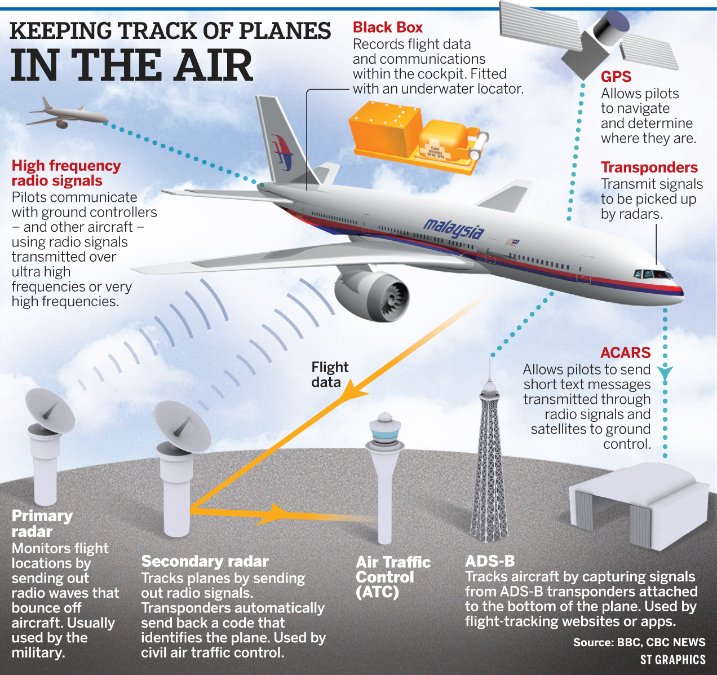