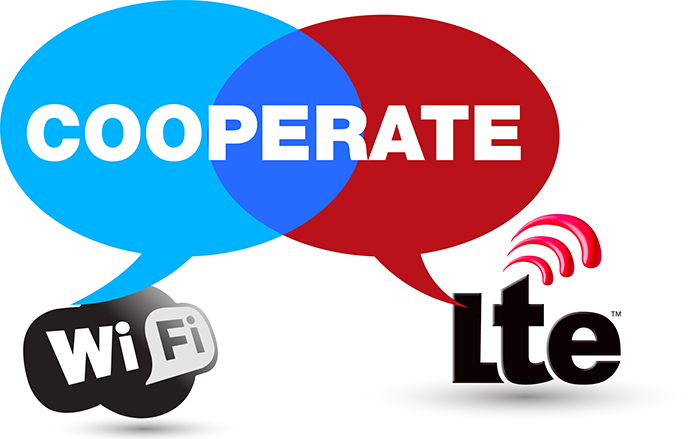 Verizon is leading a push among wireless carriers to utilize LTE in Unlicensed Spectrum (LTE-U), a system that relies on a combination of new, smaller cell towers and home wireless routers, as part of its effort to clear up cellular congestion—you know, keeping those Facebook likes coming faster than you can comment #blessed.

As the demand for mobile data continues to increase, Verizon claims that using the unlicensed spectrum (which is wider than those leased by carriers from the government) will keep the Internet working at top speeds. To access it, phones will need to be equipped with special, Qualcomm-made chips.

“Unlicensed spectrum is going to be an important part of providing a better mobile broadband experience for our customers,” David Young, Verizon’s vice president for public policy, told Bloomberg.

Okay, so our phones will work even faster. This is all well and good, right?

Eh, not when the proposed plan steps on the toes of other tech giants.

Companies like Google, Microsoft, and Comcast say that the utilization of local routers would significantly compromise consumer WiFi service across the country. (Not to mention the fact that Google & Co. rely on WiFi-connected devices to pump over $200 billion a year into the U.S. economy.)

This would also be the end of cellular chivalry as we know it; carriers run scheduling software that informs phones when to transmit on a particular bandwidth. In other words, devices check a slice of the spectrum before using it to make sure it’s available. Google & Co. believe that LTE-U would interfere (literally and figuratively) with this system.

Of course, Verizon and Qualcomm beg to differ, claiming that their tests demonstrate LTE-U’s compatability with WiFi. The Institute of Electrical and Electronics Engineers (IEEE) standards body is requesting that the technology be submitted for formal review, a process that could take up to a year.

Meanwhile, for its part, the Federal Communications Commission intends to let the companies squabble amongst themselves—although the agency does add that it will step in if necessary.