I’ve already written about robotic canines, and so I think it’s about time I covered my favorite kind of pooch—the kind that greets you with his big, brown eyes and wagging tail at the end of the day, showering your face in stinky, slobbering love. Also the kind that can sniff out bombs, scout war-torn buildings, and take out bad guys with the tactical grace (and pointed, sharp fangs) afforded only to the four-legged, trained soldier.

This article will also inevitably double as my excuse to post an awesome, albeit adorable, picture of a bonafide battle pooch.

Oh be still my heart. Look at that face! LOOK AT IT! 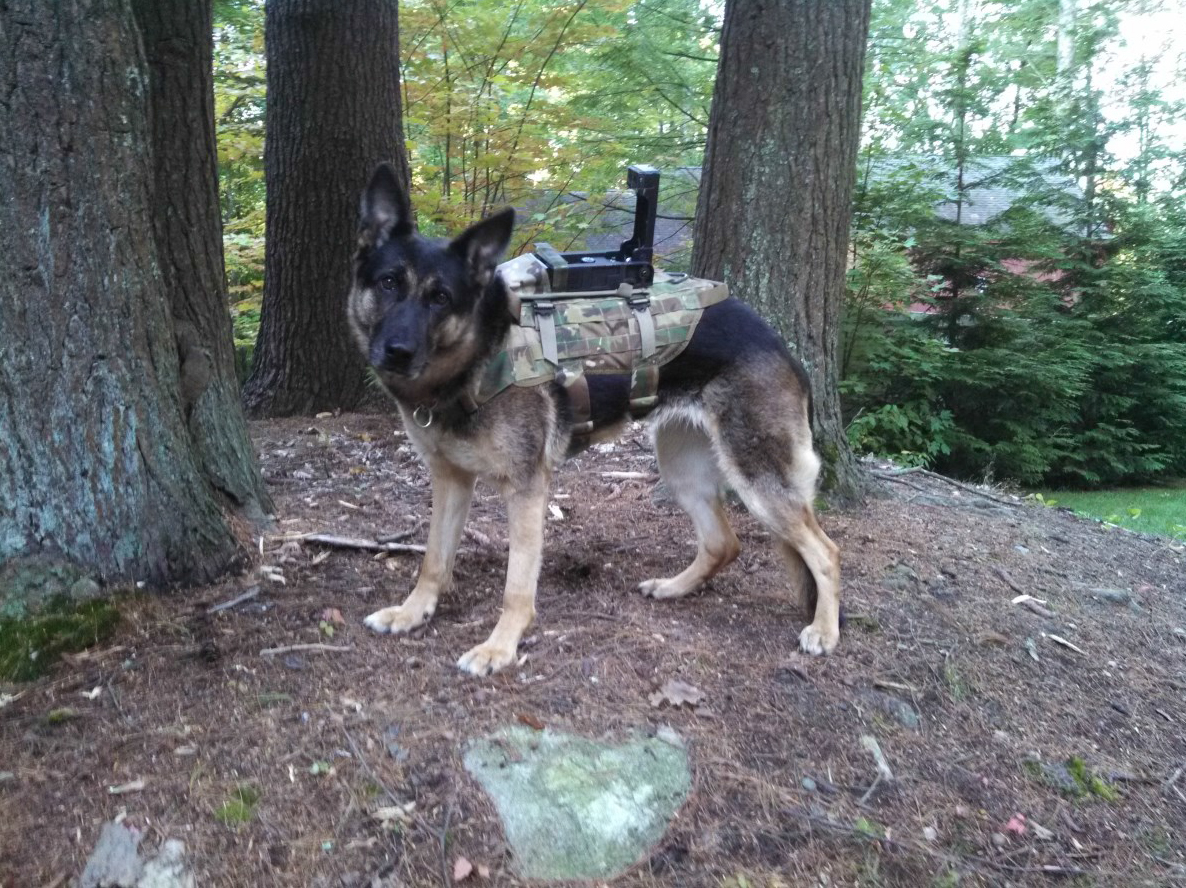 The fact that I’m probably going to grow up a crazy dog lady aside, canines have always been a critical asset to military and police forces, sniffing out drugs or explosives, and used in search and rescue operations. Now, thanks to a new device by Cobham Tactical Communications and Surveillance, the role of the canine in police and military missions will be expanded even further—enabling handlers to “see” what their pup partners are seeing.

Introducing the Cerberus Digital Canine Transmitter, a technology that takes its name from the three-headed hellhound that guards the gates of the underworld in Greek mythology. A “dedicated digital canine video system,” the device is mounted on the dog’s spine using a harness and provides a video link to the canine’s handler up to 1,600 feet away.

The 4.4 pound transmitter incorporates high sensitivity and low-light infrared cameras, a microphone, modulated IR LEDs, white light LEDs, an antenna, and battery technology and can transmit video over a secure, encrypted link to the handler’s small, high-resolution receiver—making the system ideal for covert military and Special Forces operations. It can also be upgraded to include on-board SD card recording and thermal imaging.

Of course, as a military tool, the system was tested for shock, vibration, altitude, and fluid ingress and includes a spring-action camera arm, preventing the system from being damaged or snagged when the pooch is running through brush or in tight spaces. 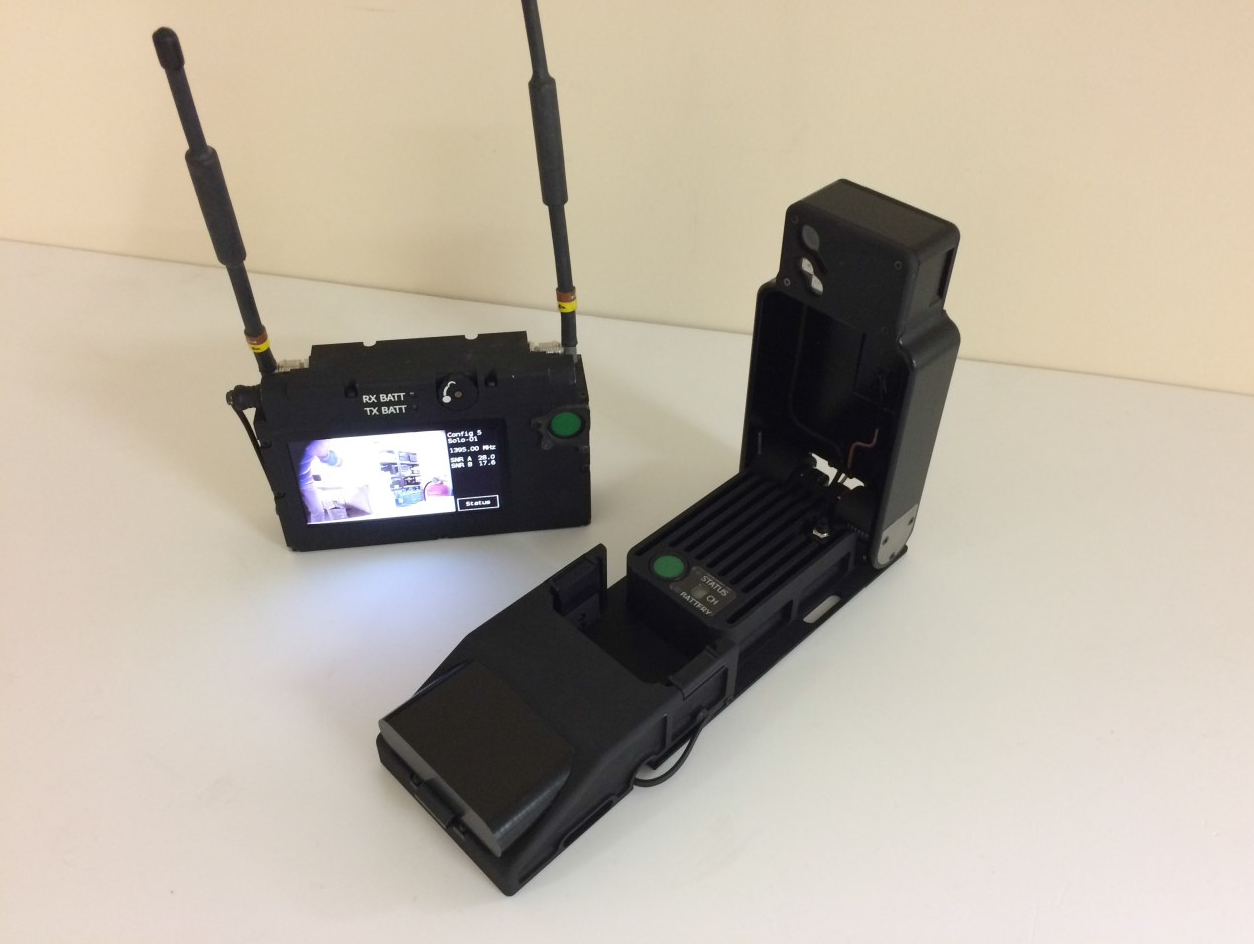 Devices like the Cerberus system will make it easier for working canines and their handlers to have each other’s backs—something both man and man’s best friend will surely appreciate.