Engineers at the University of Wisconsin–Madison have come up with a creative way to boost the size and efficiency of military antennas to transmit communications over large distances.

To be effective, antennas need to be at least a quarter of the length of the radio waves they transmit. Military communications utilize the HF band, where radio waves can range from 10 yards to as large as a football field. Even on the small end, this would require an antenna the size of an average adult.

“Putting a big, long antenna on top of an amphibious assault vehicle would be too high-profile,” Nader Behdad, an associate professor at UW–Madison Behdad, said.

But short antennas operate in too narrow a bandwidth—causing as much as 90 percent of the input power to dissipate as heat.

So what if the vehicle was the antenna?

UW – Madison engineers propose “coupling structures” that can be mounted on the vehicle, allowing it to transmit or receive low-frequency signals.

“We’re basically looking at using the ‘antennas’ traditionally mounted on military vehicles as a means of exciting the platform itself,” Behdad told Popular Mechanics. “If a large metallic structure is there, why not take advantage of it?” 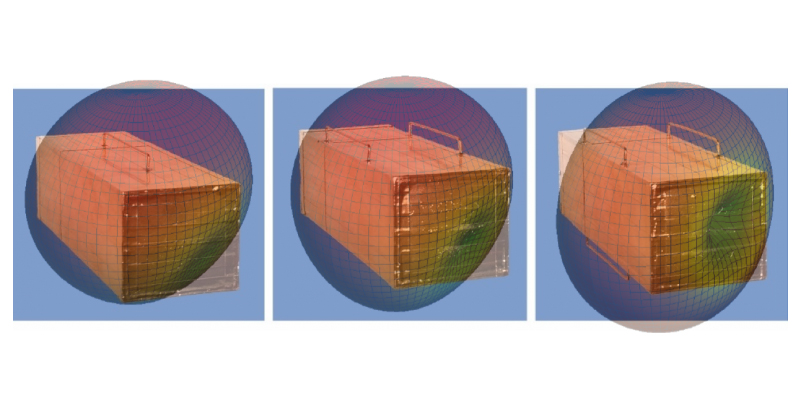 UW–Madison engineers built scale models of military platforms to test the efficiency of radio broadcasts. Heat maps of the signal intensity overlaid onto photos of the devices indicate that the low profile platforms transmit communications comparably to existing antennas. (Courtesy of Nader Behdad)

Currently, separate transmitters are required to handle internet data, Bluetooth connections, and mobile phones, as each signal uses a particular bandwidth. Because increasing the volume over which a current is distributed increases bandwidth, an “antenna truck” would do away with the need for multiple antennas—resulting in a more streamlined and stealthy system.

Engineers hope to achieve a bandwidth of 25 KHz at 2 MHz and a larger range at 10 MHz, which would accommodate data transmission rates up to 100 Kbps.

The team, which is being supported by a $550,000 grant from the U.S. Office of Naval Research, has already demonstrated a proof of principle using computer simulations and scale models of military platforms.