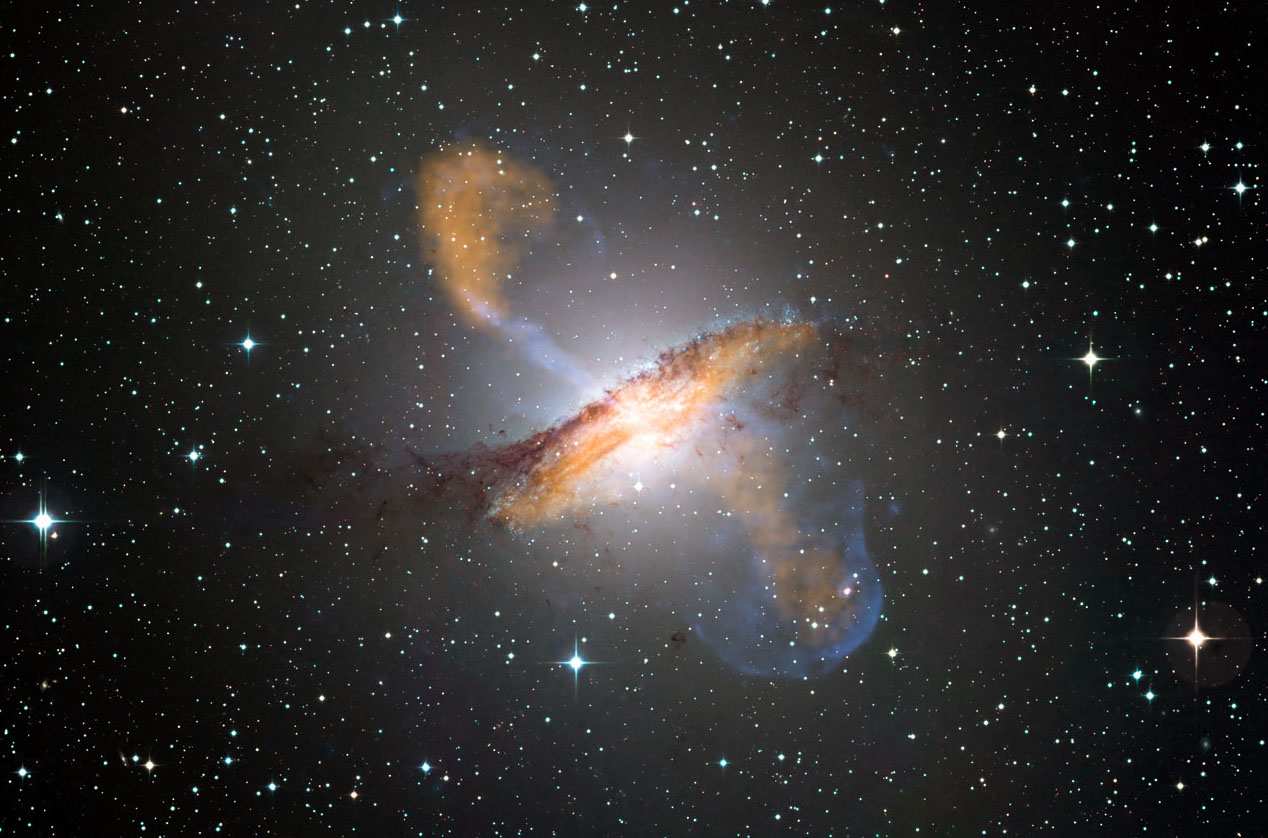 Human understanding of galaxies and black holes is being called into question after an 11-year search for mysterious gravitational waves—famously predicted by Albert Einstein 100 years ago—failed to find anything.

Australian researchers have spent more than a decade trying to detect a background ‘rumble’ from the gravitational waves by using CSIRO’s Parkes telescope to observe a particular kind of neutron star known as a ‘millisecond pulsar’.

A pulsar is a very small, dense, fast-spinning star that emits highly regular trains of radio pulses and acts like a clock in space.

The waves should come from the process of merging galaxies, during which the supermassive black holes thought to be at the centre of large galaxies are drawn together to form an orbiting pair.

At this point, Einstein’s general theory of relativity is expected to take hold, predicting the pair start a death spiral, sending ripples known as gravitational waves through space-time, the very fabric of the universe.

The fact that the search failed to locate any background ‘rumble’ from the waves is calling into question scientist’s understanding of galaxy merges and black holes.

CSIRO and International Centre for Radio Astronomy Research scientist Dr Ryan Shannon says one possibility for the missing waves is that the two black holes never get close enough to create the waves, and never merge.

Another alternative is the opposite situation, whereby the two black holes may merge much faster than originally thought.

This could occur if there is gas surrounding them, creating friction and carrying away their energy quickly, leaving little time to create gravitational waves.

The scientists recorded the arrival times of the pulsar’s signal to an accuracy of ten billionths of a second—100,000 times faster than the blink of an eye.

A gravitational wave passing between Earth and the pulsar known as J1909-3744 should squeeze and stretch space, changing the distance between them by about 10m.

This may be a tiny fraction of the pulsar’s distance, but is enough to change the timing of the signals.

“Searching for gravitational waves is pushing the limits of our technology, and like the development of wi-fi was the response to the search for evaporating black holes, who knows what new developments this research may lead to,” Dr Shannon says.

This pulsar timing research is separate to work involving the Laser Interferometer Gravitational-Wave Observatory (Advanced LIGO) which searches for higher-frequency gravitational waves generated by other sources.