FusionHD can bring system-level advantages to long-life industrial IoT devices such as sensors, meters and monitors. The extended battery life and wide operating voltage range offered by FusionHD help to prolong the active lifetime of these devices, which are often in remote or inaccessible locations. Designed and tested to Adesto’s high reliability standards, FusionHD offers increased robustness over other devices – a benefit when repair and maintenance aren’t possible for extended periods.

“As the processing requirements at the IoT edge continue to increase, designers must look for every possible opportunity to optimize their system design for their specific application,” said Rich Wawrzyniak, principal analyst for ASIC & SoC at Semico Research Corp. “There are opportunities to make a difference at the edge by using the right non-volatile memories, such as those with higher densities, lower-power operation, security features, and the ability to perform fast, efficient offline data logging. With its new FusionHD memories, Adesto is delivering these features and more.”

Adesto will demonstrate FusionHD in its booth 4A:124 at the Embedded World Exhibition, being held February 26-28, 2019 in Nuremberg, Germany. 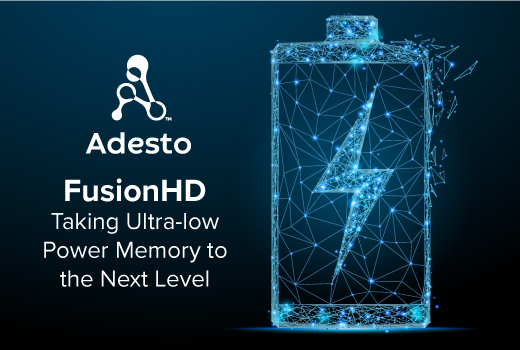