Rohde & Schwarz has announced the launch of the new R&S RTC1000 oscilloscope series. The R&S RTC1000 oscilloscope series features the highest instrument integration in its compact form factor. Starting at a price of EUR 835, the instrument’s comprehensive features are tailored to meet the needs of users in the field of education, engineers with low budgets and hobbyists. The compact oscilloscope can double as an eight-channel logic analyzer, a four-channel pattern generator and a protocol analyzer for I2C, SPI, UART/RS-232, CAN and LIN; and as a digital voltmeter, component tester, spectrum analyzer and counter. With this eight-in-one instrument integration, users get more value with a minimal footprint on bench space.

R&S RTC1000 oscilloscopes are available in models from 50 MHz to 300 MHz. They are the first in the 1000 class to offer bandwidth upgrades via software license all the way to 300 MHz bandwidth; these upgrades can be purchased as test needs increase over time. The two-channel oscilloscopes have maximum sample rates of 2 Gsample/s and a memory depth of 2 Msample. All R&S RTC1000 models come as standard with LAN and USB interfaces. 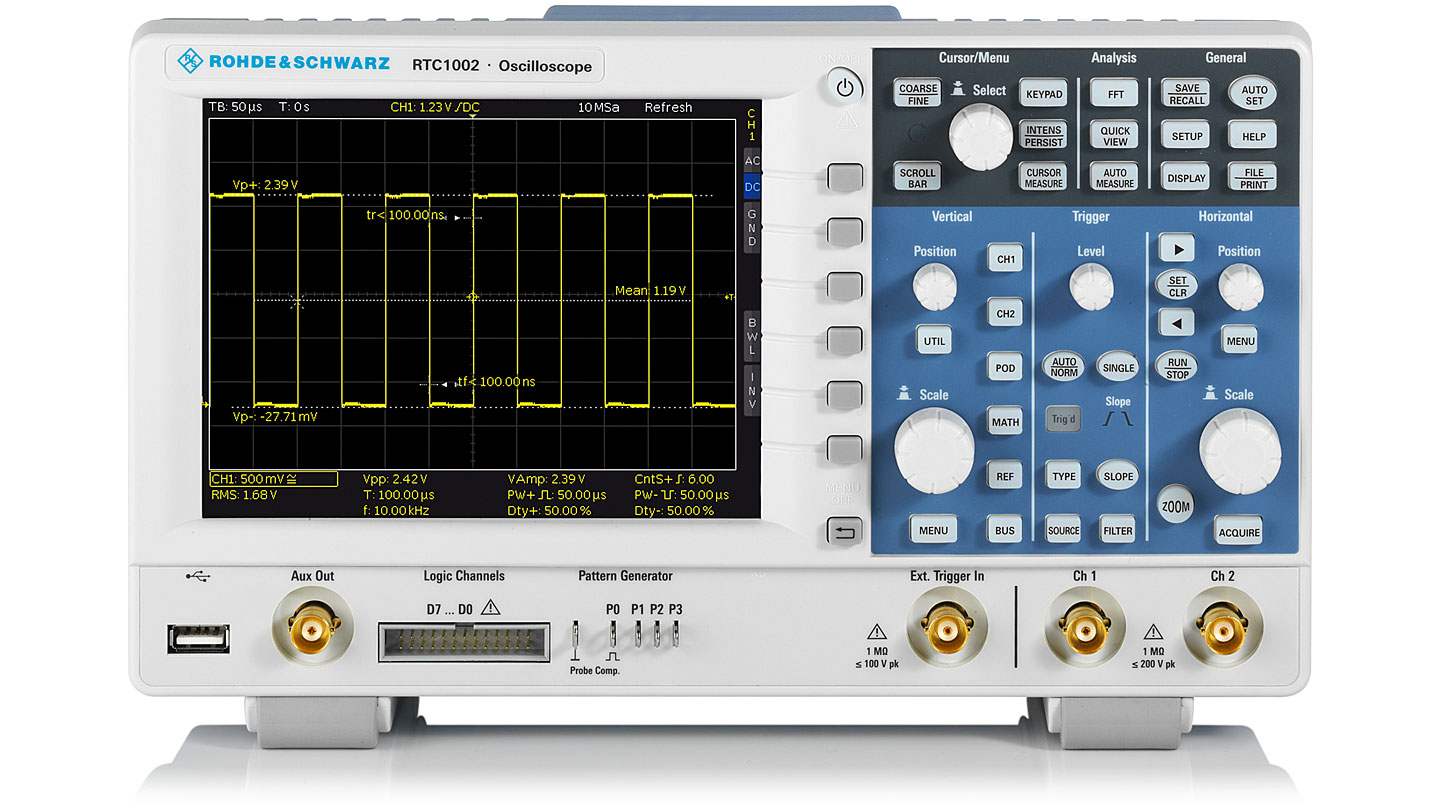