Powercast Corporation announced that it would unveil at CES Wireless Charging Grips for Nintendo Switch Joy-Con Controllers, the world’s first gaming product that charges over the air without wires, plugs or charging mats. These grips automatically charge when within feet of Powercast’s FCC- and ISED-approved PowerSpot® radio frequency (RF) wireless power transmitter, so users never have to dock their controllers, plug into power, or stop playing due to a low battery.

Grips on the market today are simple plastic accessories that Nintendo Joy-Con game controllers snap into that make them easier to hold.  Powercast has added contactless wireless charging functionality to create intelligent grips (left, right and double-controller versions) that charge Joy-Cons and double as a backup battery pack.

Powercast’s Powerharvester® receiver and a battery are embedded in the grips. The Powerharvester harnesses power sent over the air to charge the embedded battery, which then charges the batteries in the Joy-Cons until they are fully charged. The grips also act as a backup battery pack, keeping the Joy-Con batteries topped off when out of the transmitter’s range for about 38 hours of gameplay on one charge.

Gamers never have to dock their Joy-Con controllers and instead can leave them inside the grips for carefree wireless charging.  The grips receive power when placed within about two feet of the PowerSpot transmitter, achieving a full charge between gaming sessions. An LED illuminates when the grips are charging and turns off when they’re done.

Bluetooth Low Energy (BLE) enables intelligent wireless charging where power is only sent as needed. The grips request power from the transmitter when their batteries are low, and tell it to stop when charged.

Charles Greene, Ph.D., chief operating and technical officer of Powercast, explains the company’s inspiration for also bringing its own wireless charging device to market. “Many of us at Powercast are Nintendo Switch gamers, and we often found that we’d let our batteries die by forgetting to dock our controllers,” said Greene. “Realizing our technology could solve the problem, we developed a product that lets the Joy-Cons charge without docking when you walk away from a gaming session.”

Greene continued, “Our vision is to enable long-range, true wireless charging where consumers simply place all their PowerSpot-enabled devices within range of a PowerSpot transmitter in their home or a public place.” Up to 30 enabled devices in the charging zone will automatically connect and receive power, sharing the transmitter’s three-watt (EIRP) output. Instructions included with enabled devices will show their recommended charging distance and time.

“We are proud of our track record of delivering practical wireless power products that work, safely and responsibly, under FCC and other global standards,” said Greene. “We’ve developed the most efficient power harvesting technology that’s permitted within today’s standards. Our robust technology also has capabilities beyond that, so look for our product releases to evolve as regulations do.” 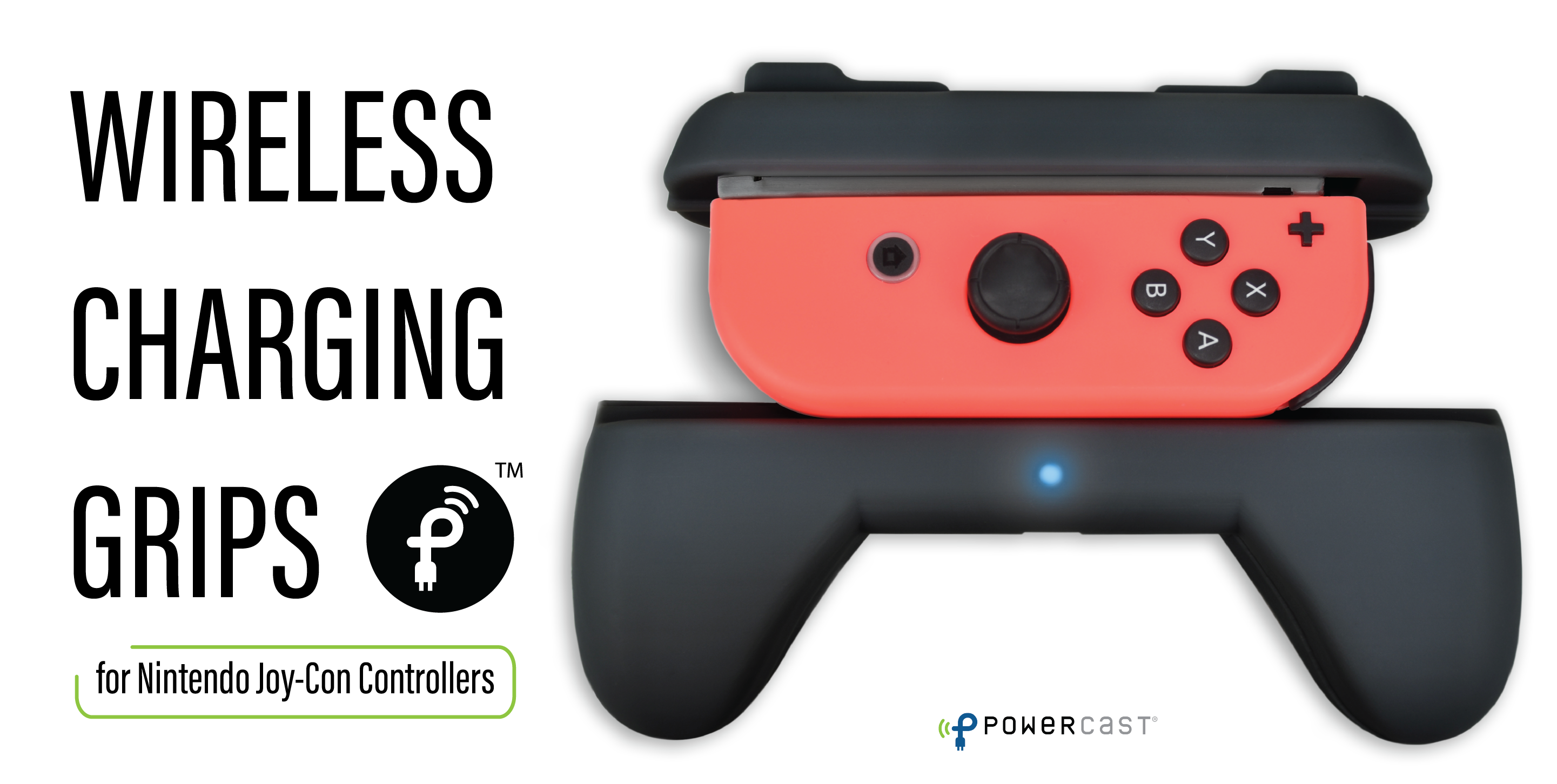