Fireworks explode behind the Arleigh Burke-class guided-missile destroyer USS Benfold (DDG65) as seen from the flight deck of the U.S. Navy’s only forward deployed aircraft carrier USS Ronald Reagan (CVN 76). Ronald Reagan provides a combat-ready force that protects and defends the collective maritime interests of its allies and partners in the Indo-Asia-Pacific region. 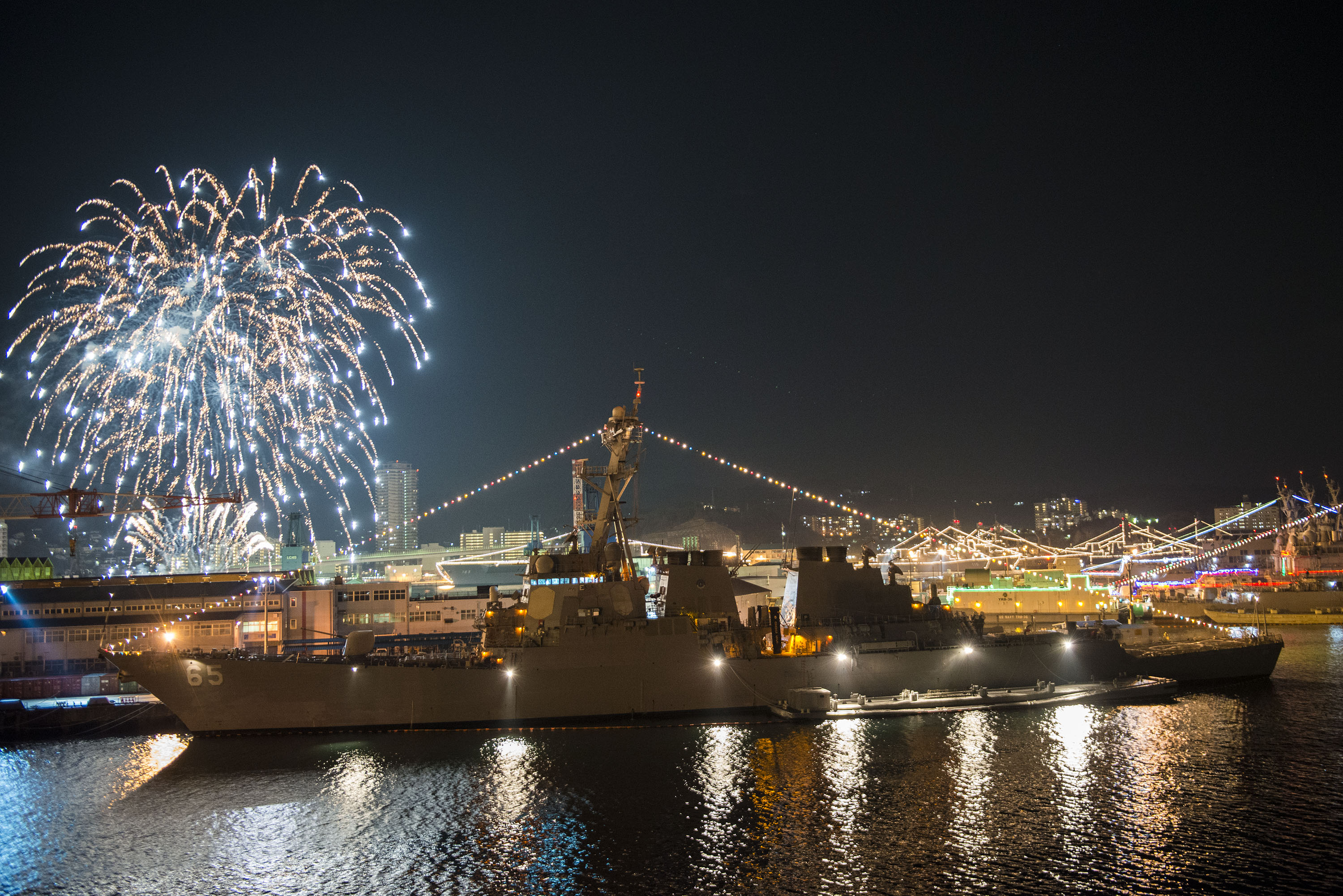