An F-35A Lightning II pilot flies over the Atlantic Ocean for the aircraft’s first trans-Atlantic flight June 30, 2016. The fighter is a part of the Air Combat Command Air Force F-35A Heritage Flight team, which flew to Fairford, England, for the Royal International Air Tattoo. 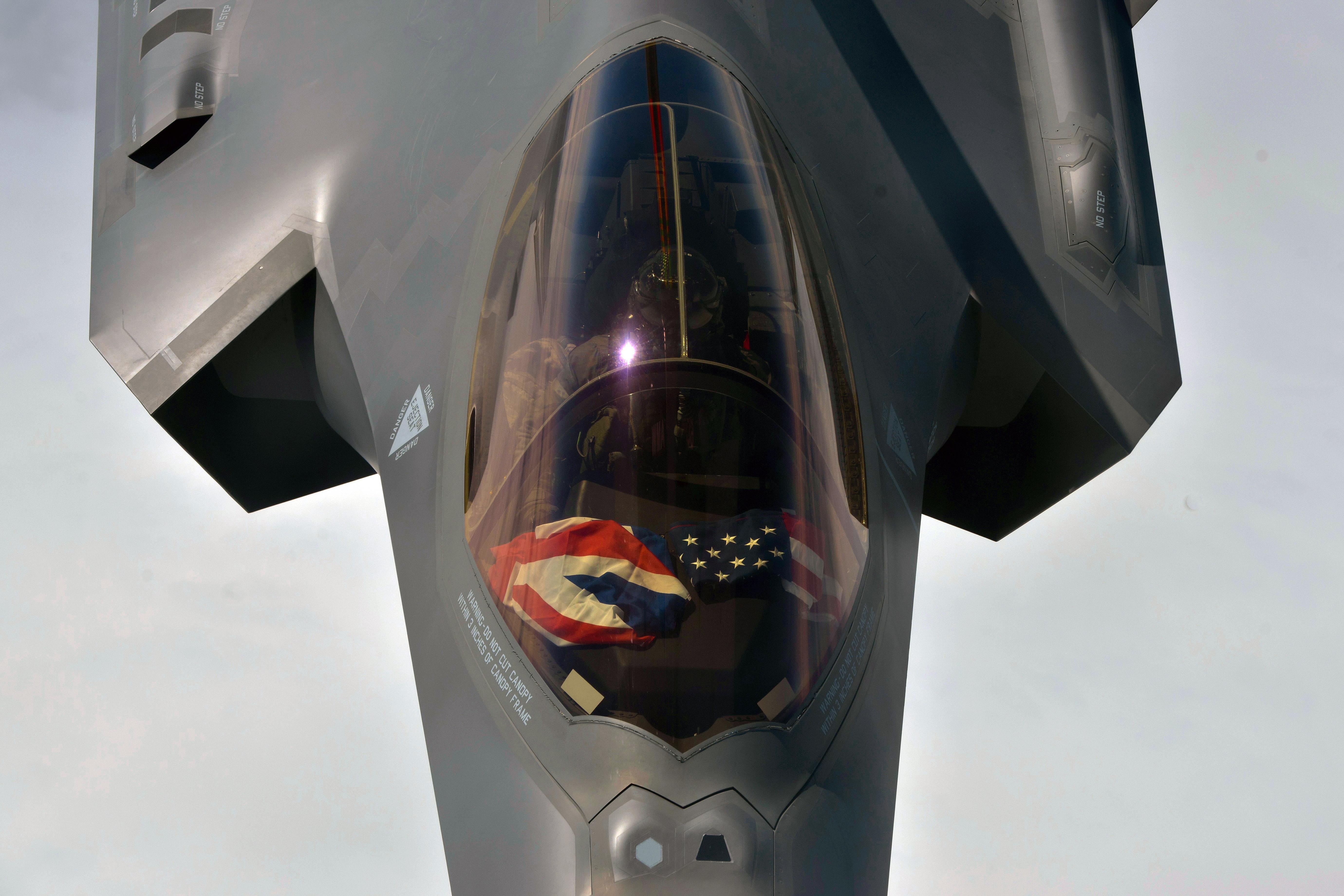