The amphibious assault ship USS America (LHA 6) transits the Pacific Ocean prior to conducting an underway replenishment during Rim of the Pacific (RIMPAC) 2016. Twenty-six nations, more than 40 ships and submarines, more than 200 aircraft and 25,000 personnel are participating in RIMPAC from June 30 to Aug. 4, in and around the Hawaiian Islands and Southern California. The world’s largest international maritime exercise, RIMPAC provides a unique training opportunity that helps participants foster and sustain the cooperative relationships that are critical to ensuring the safety of sea lanes and security on the world’s oceans. RIMPAC 2016 is the 25th exercise in the series that began in 1971. 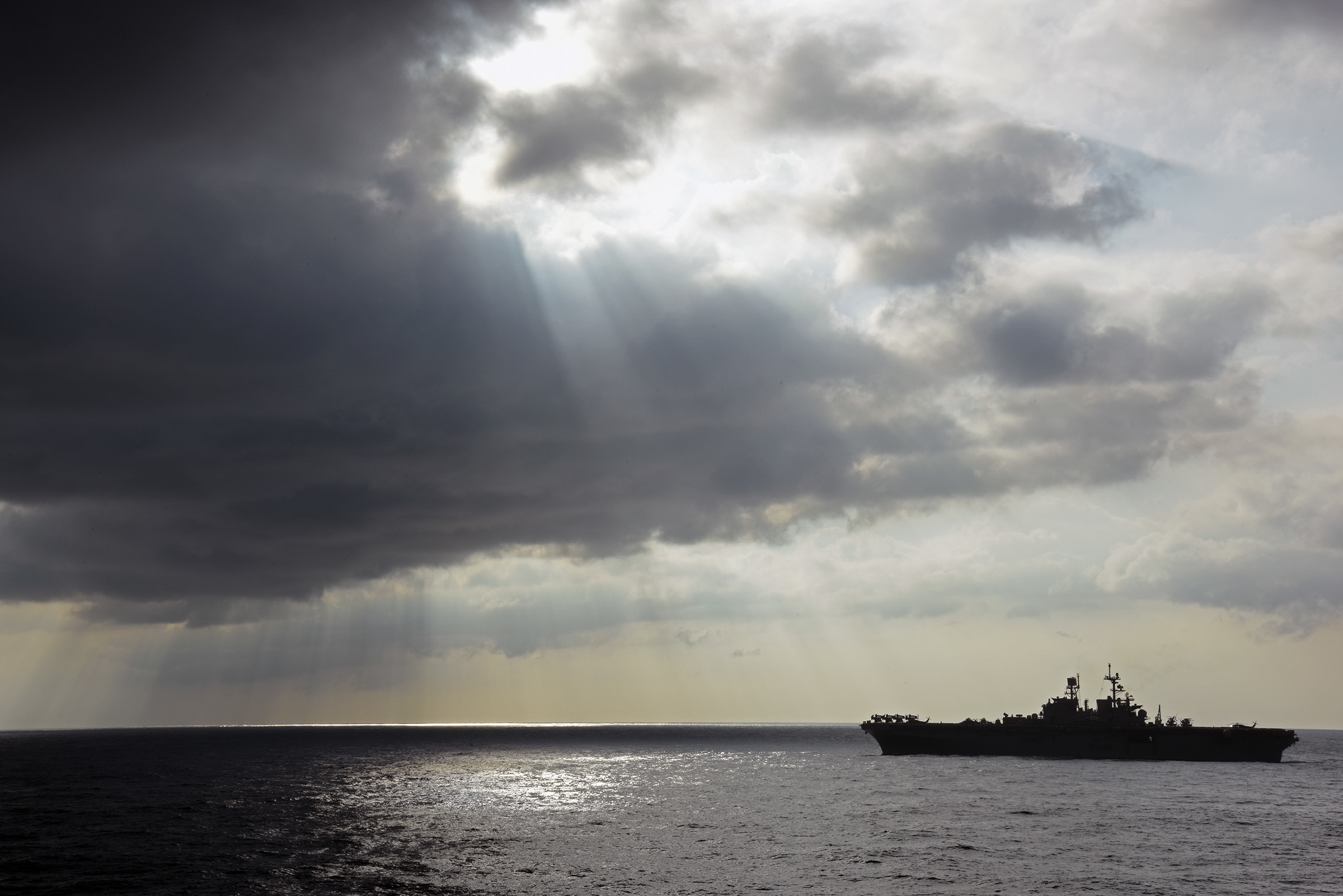