U.S. Navy Flight Demonstration Squadron, the Blue Angels, perform an Echelon Parade at Fleet Week San Francisco Air Show. The Blue Angels are scheduled to perform 56 demonstrations at 29 locations across the U.S. in 2016, which is the team’s 70th anniversary year. 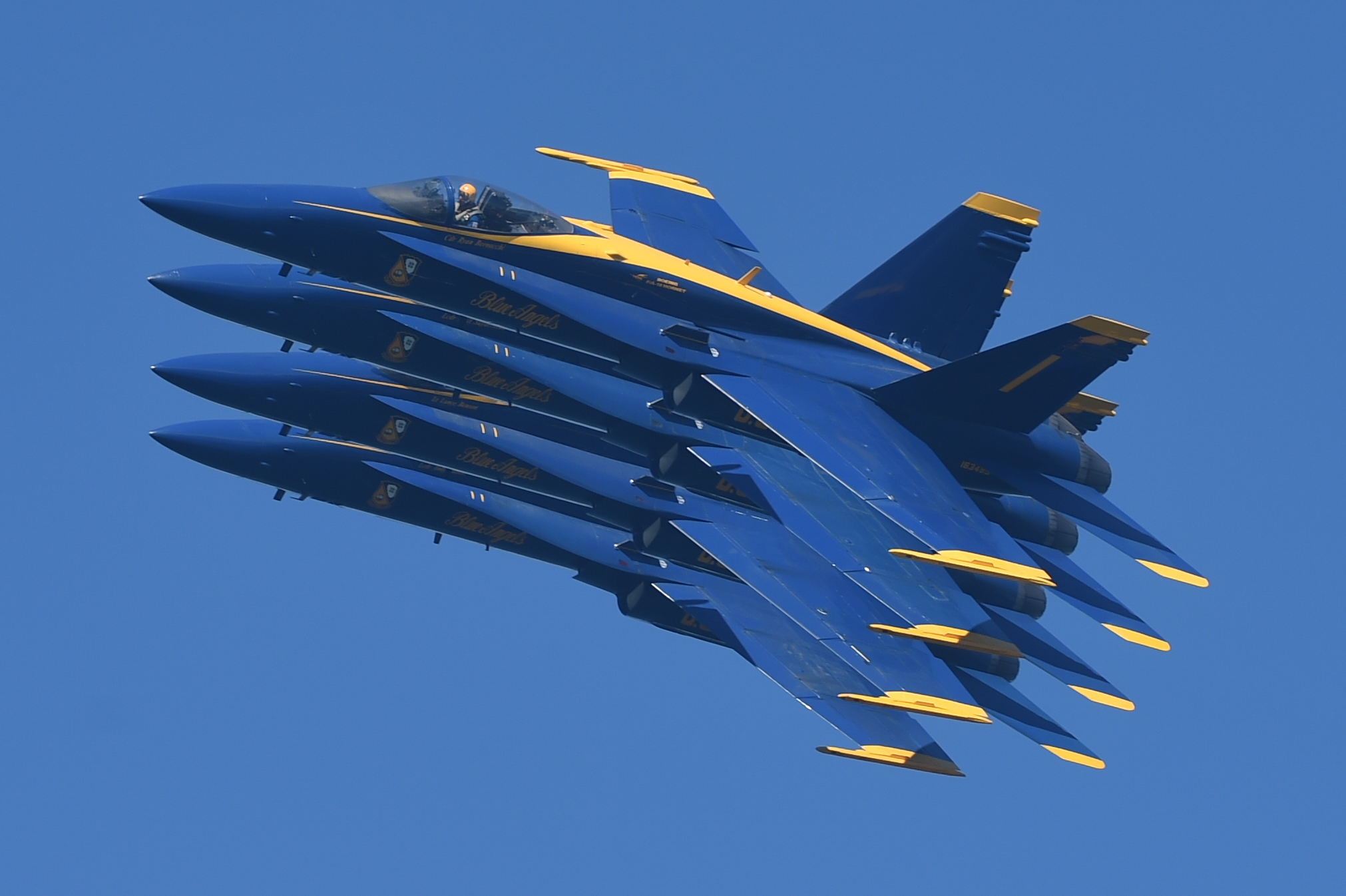