Sailors assigned to the Ticonderoga-class guided-missile cruiser USS Chancellorsville (CG 62) fire a L131 pencil flare on the starboard bridge-wing of the ship during a fare exercise as part of Annual Exercise (AE) 16. Chancellorsville is participating in AE16 to increase interoperability between Japanese and American forces through training in air and sea operations. 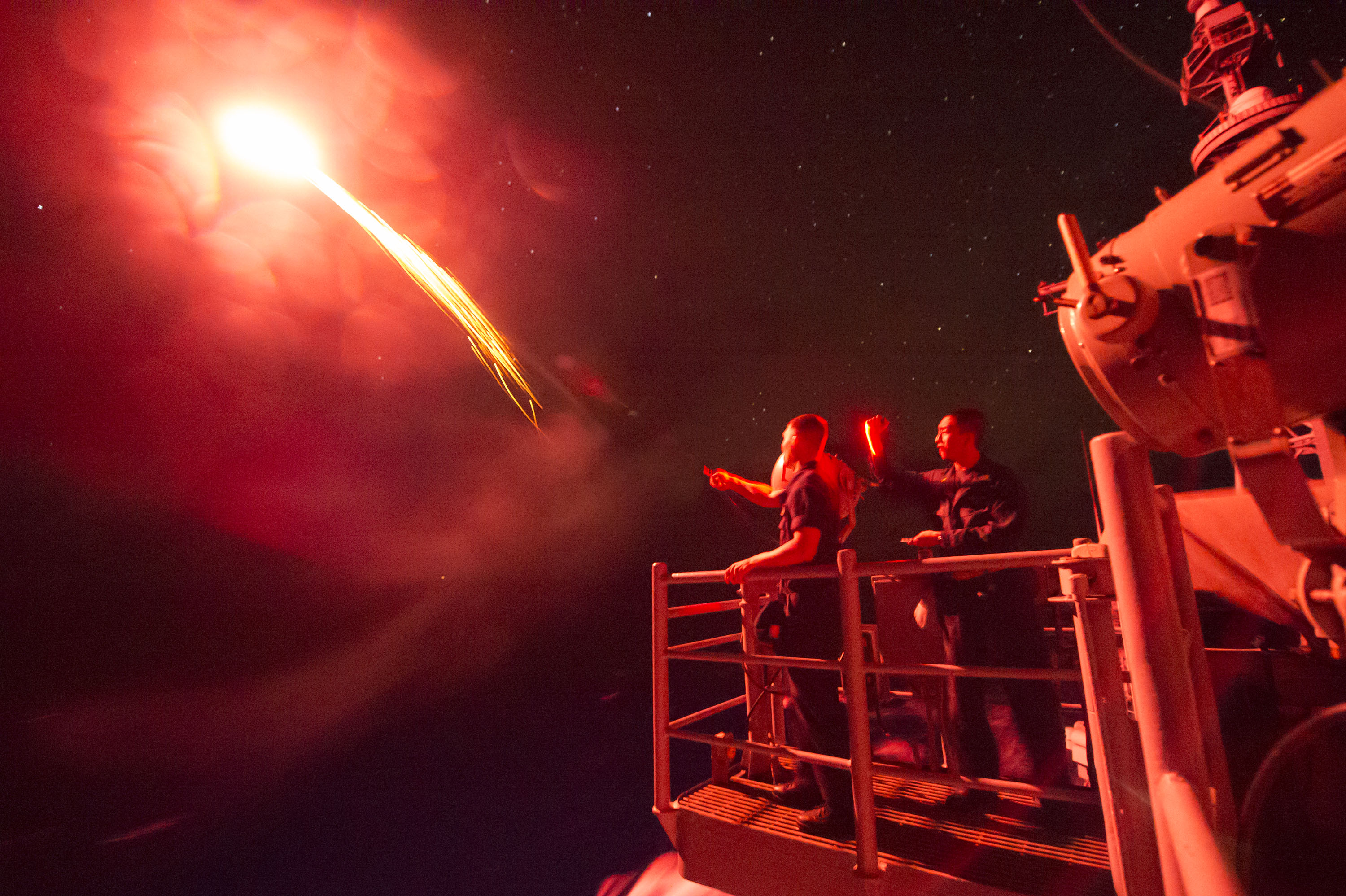