This week’s photos feature Airmen from around the globe involved in activities supporting expeditionary operations and defending America. This weekly feature showcases the men and women of the Air Force.

Airman Austin Metzler and Senior Airman Sean Zeringue, both C-130J Super Hercules loadmasters with the 61st Airlift Squadron, stand on the loading ramp of a C-130J during a training flight Nov. 10, 2015, above central Arkansas. The 19th Airlift Wing at Little Rock Air Force Base, Ark., is part of the Air Mobility Command and provides the Defense Department the largest C-130 fleet in the world. 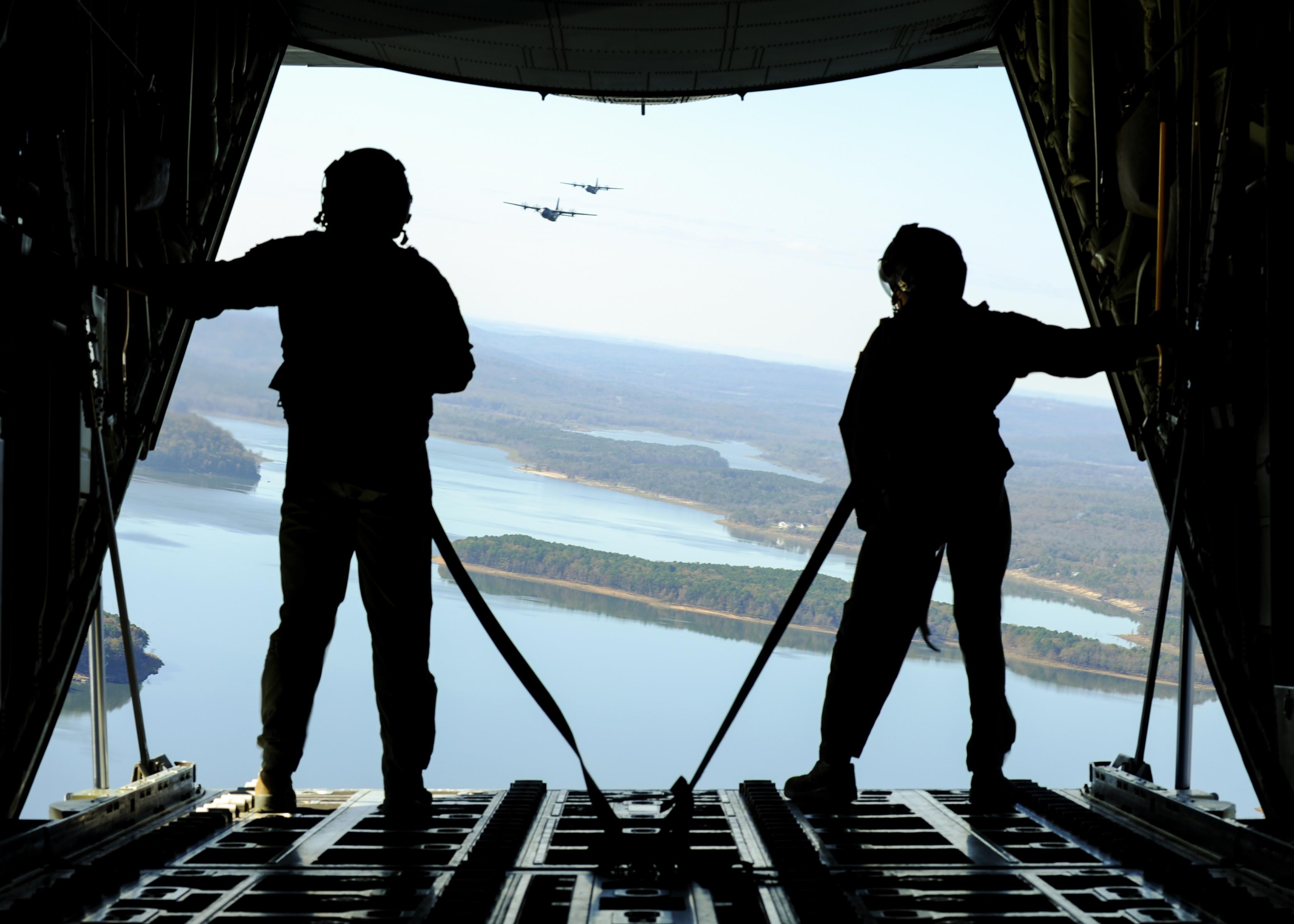 The first Norwegian F-35 Lightning II lands at Luke Air Force Base, Ariz., Nov. 10, 2015. The jet marks the scheduled arrival of the first of two F-35s for the Royal Norwegian Air Force, making Norway the newest partner in the international F-35 joint partnership program at Luke. 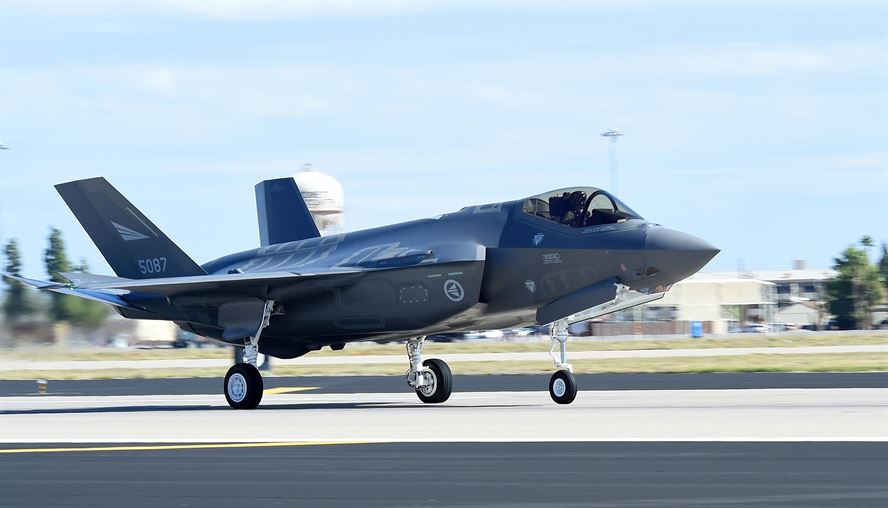 A NATO E-3A Sentry (AWACS) is refueled by an Arizona Air National Guard KC-135 Stratotanker over northern Germany during a training mission Nov. 10, 2015. Airmen from the 161st Air Refueling Wing based in Phoenix are supporting aircrew training operations Nov. 9-20 at NATO Air Base Geilenkirchen, Germany. 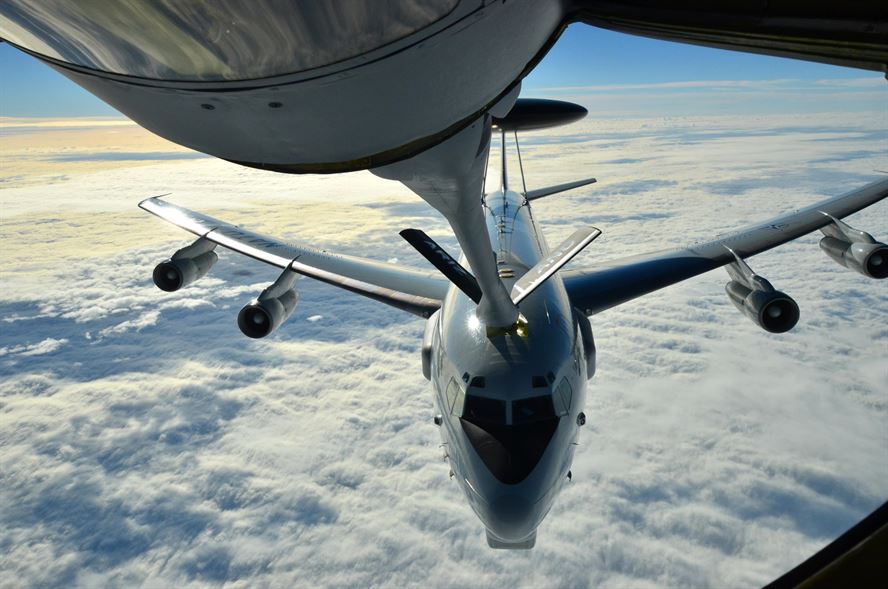 An F-22 Raptor from Tyndall Air Force Base, Fla., touches down on the flightline at Tyndall Nov. 5, 2015. The F-22’s combination of stealth, supercruise, maneuverability and integrated avionics, in addition to improved supportability, represents an exponential leap in warfighting capabilities and allows for the full realization of operational concepts that are vital to the 21st century Air Force. 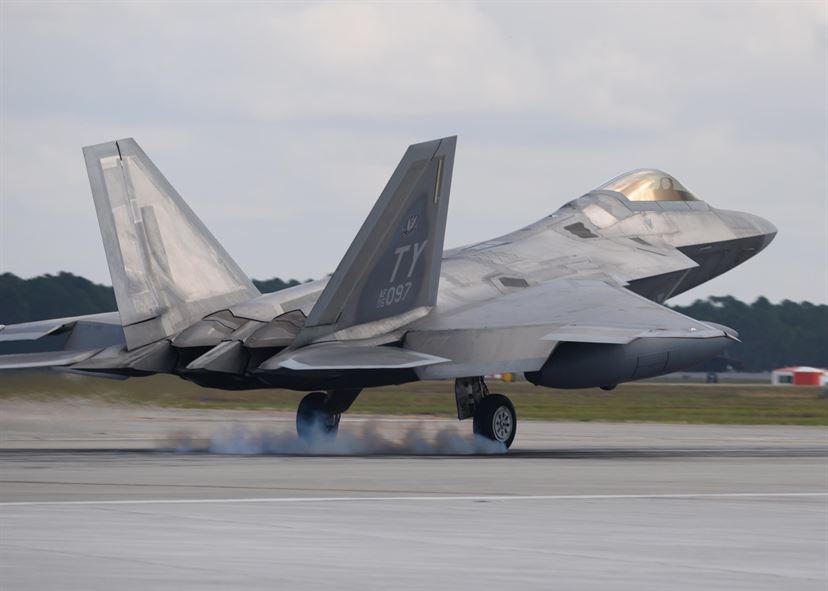 Master Sgts. John Brownell and Neil Allison of the 158th Fighter Wing unload cargo from a C-17 Globemaster III at Burlington International Airport, Vt., Nov. 3, 2015. This was the final plane to return from the theater support package the Vermont Air National Guard supported. 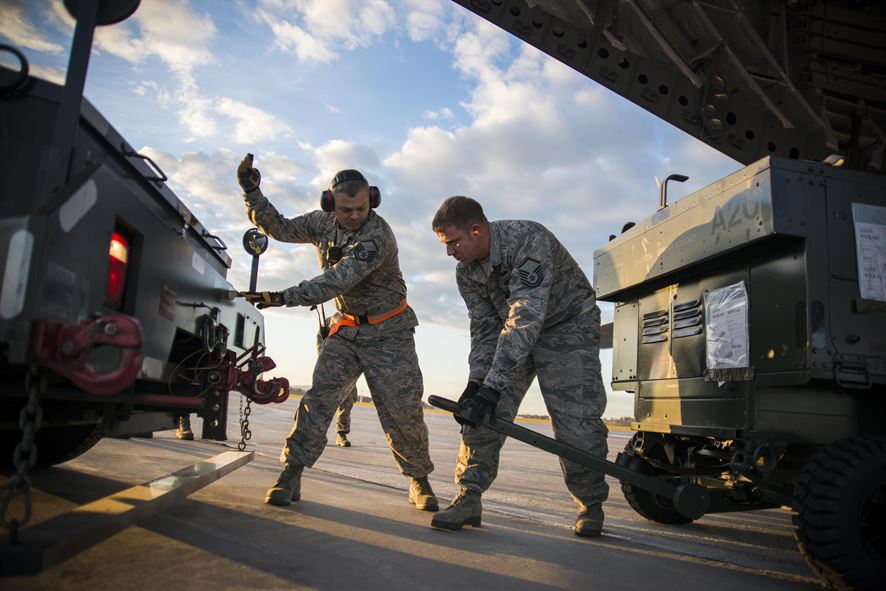 A C-130 Hercules with the 36th Airlift Squadron flies back to Yokota Air Base, Japan, Nov. 4, 2015, during exercise Vigilant Ace 16. Yokota participated in a large-scale exercise designed to enhance the interoperability of U.S. and South Korean air forces. During the deployment phase of the exercise, the 374th Airlift Wing conducted 42 missions, generating 87 sorties totaling over 250 flying hours, to move more than 400,000 pounds and more than 650 passengers. 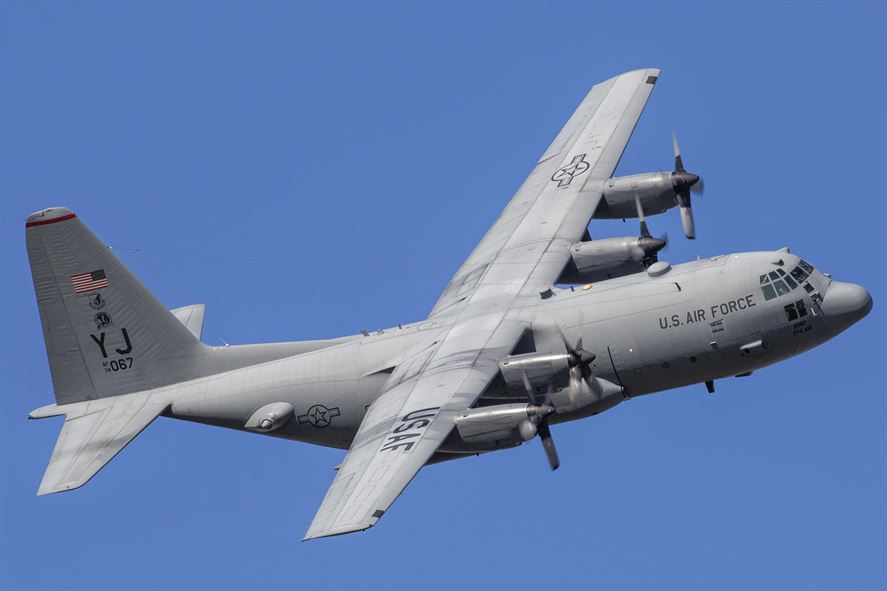 This F-16A Fighting Falcon, tail No. 80-0504, was last assigned to the 174th Attack Wing at Hancock Field Air National Guard Base, N.Y., as a ground maintenance trainer before it was retired from service and disassembled Nov. 5, 2015. The aircraft is set to be reassembled and placed at the main entrance of the New York National Guard headquarters in Latham. 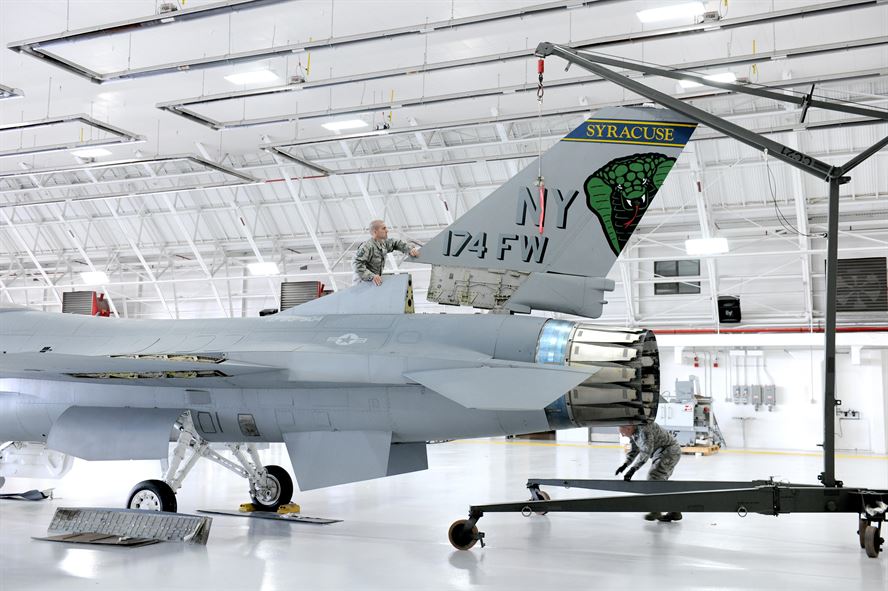 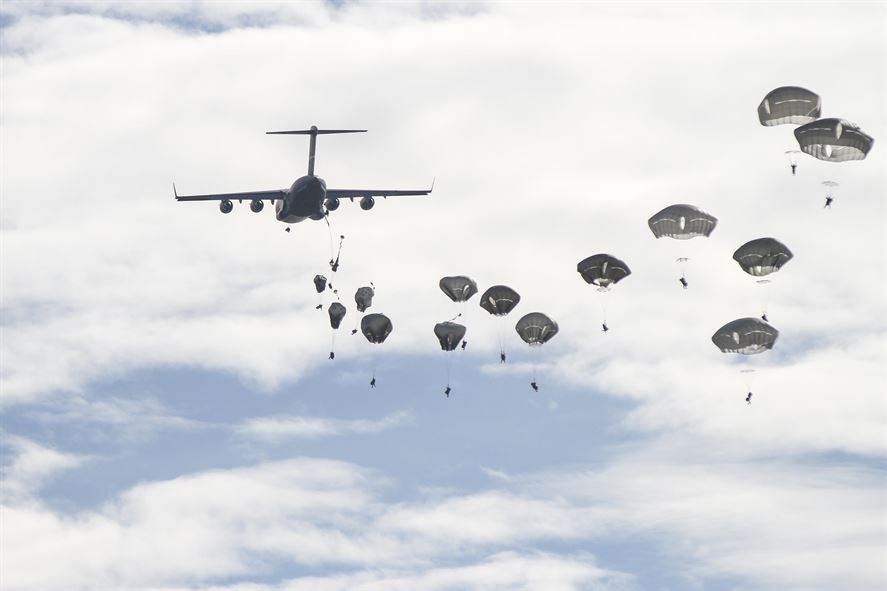