On the connectivity front, Qualcomm’s multi-gigabit X24 LTE modem is built-in, as is support for Wi-Fi 6. Qualcomm said Snapdragon 855 it’s the industry’s first 802.11ay-based platform, and is capable of delivering WiFi speeds of 10 Gbps.When used with the Snapdragon X50, the platform supports both sub-6 GHz and millimeter wave 5G bands.

Qualcomm’s fourth-generation AI Engine boasts three times performance for AI-related tasks and is comprised of the Hexagon 690 processor, Adreno 640 GPU and Kryo 485 CPU. The number of vector accelerators in the new Hexagon 60 was bumped from two to four and the processor got a new tensor accelerator. Qualcomm says the Kryo 485 CPU provides up to a 45 percent performance improvement compared to the earlier generation platform. 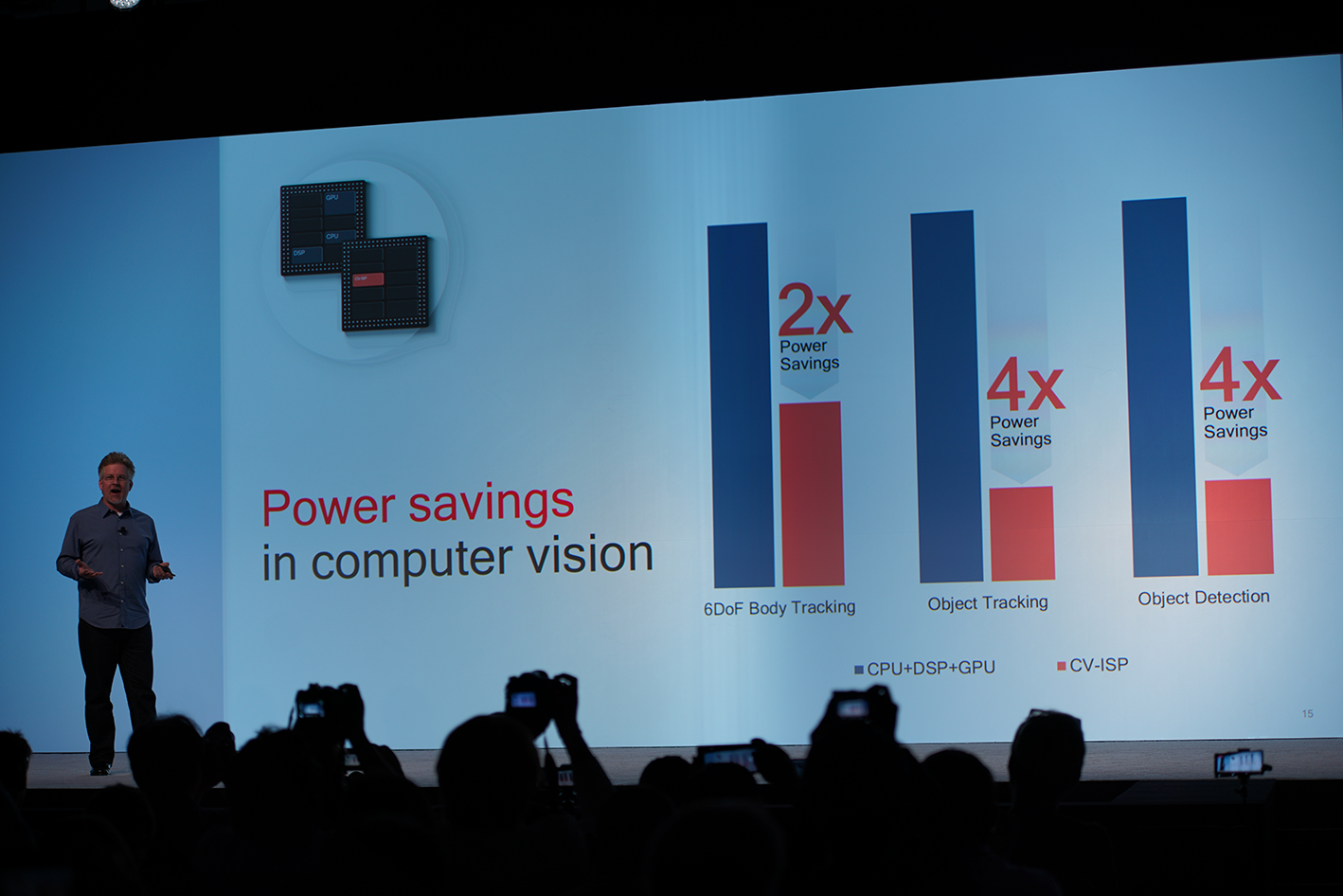 One AI-powered example Qualcomm demoed on stage was the ability to zero-in on a person’s voice during a phone call, which for example, could be used if a person was at a noisy venue and background sound needed to be dampened.  This was possible through a partnership with AI company Elevoc.  Working with another AI company Nalbi, Qualcomm showcased the ability to blur the background of any photos, whether taken on a phone or off of the internet.

Qualcomm is also doing away with the JPEG file format, instead shifting to HEIF, which reduces file size by 50 percent and stores more information about photos and videos.

At the event, OnePlus announced its flagship smartphone, which is slated to launch in 2019, will use Snapdragon 855.  Samsung has also signed on to use Qualcomm’s latest platform, and has announced collaborations with Verizon and AT&T on 5G smartphones expected in early 2019.

Huawei Warns US Would Hurt Itself by Cutting Off Tech Ties