After six months’ time, University of Arizona (UA) professors and students developed a “one-of-a-kind” radar that can image the bottom of deep ice sheets. By getting a glimpse at a world otherwise unseen, researchers can improve climate models and uncover ancient climate history.

“People have used radars for a long time, but we are innovating to do something that has never been done with this technology,” says Dr. Prasad Gogineni, the project’s lead UA engineering researcher and an expert in the field of remote sensing. “We took measurements that could not be done otherwise.” 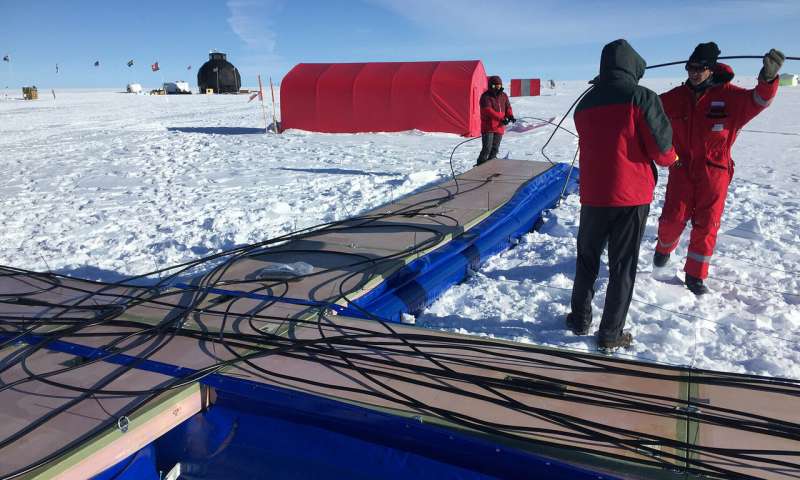 The radar used high frequencies (600-900 MHz) to reveal, for the first time, the bottom 10 percent of a 1.7-mi-deep ice sheet in Greenland, Dr. Stephen J. Yan, a specialist in ultra-wideband radar and antenna research, says. The design and development of the radar is attributed to Yan and his students, while Dr. Charles O’Neill, UA aerospace engineering researcher, and his students built the radar antenna.

The technique “aims to understand how the structure of the ice crystals and the interaction within the ice, particularly at the bottom, has influenced flow over time,” according to the university. The project will contribute to a better understanding of how quickening ice streams will influence sea levels, which will, in turn, bolster prediction models. The findings will also combine with satellite missions currently in progress, ultimately creating a comprehensive map of the Greenland and Antarctic ice. 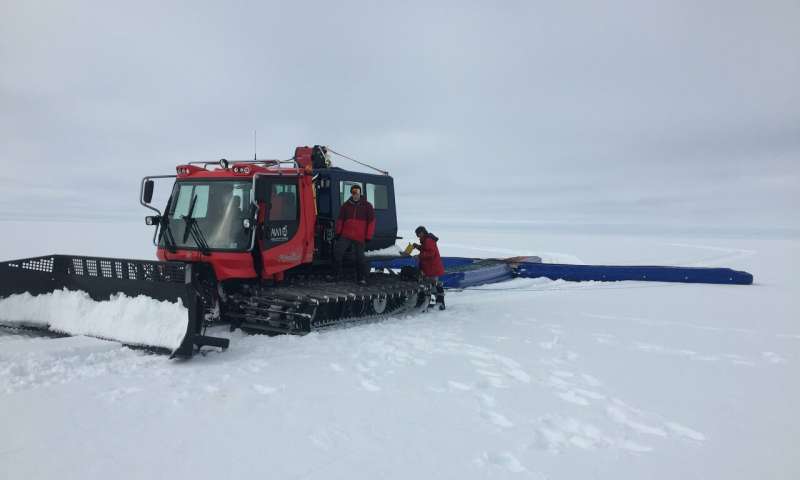 The tech pushes the boundaries of a radar type known as “ultra-wideband surface-based radar for scanning the interior of ice,” according to the UA. Compared to other radars used for glacier imaging, the UA design boosts sensitivity by a factor of 1,000; operates at a higher power; and features a bigger, lighter antenna.

Measuring 17 yd wide  x 19.6 yd long, the final design is shaped like a plus sign consisting of 16 connected antenna panels. It was dragged across the surface of Greenland’s ice at 4 mph, covering more than 60 mi over a period of two weeks. Its top speed was “much slower than existing airborne radars and thus allowing more sensitive measurements,” according to the university.

The system captured vertical scans of the ice’s internal structure at a resolution of less than 2 ft, and gathered almost 20 terabytes of data. After radar tests commence in Greenland again next year, the team will conduct field tests in Antarctica.