The four Magnetospheric Multiscale (MMS) spacecraft recently broke the world record for navigating with GPS signals farther from Earth than ever before. MMS’ success indicates that NASA spacecraft may soon be able to navigate via GPS as far away as the Moon, which will prove important to the Gateway, a planned space station in lunar orbit.

After navigation maneuvers conducted this February, MMS now reaches over 116,300 miles from Earth at the highest point of its orbit, or about halfway to the Moon. At this altitude, MMS continued to receive strong enough GPS signals to determine its position, shattering previous records it set first in October 2016and again in February 2017. This demonstrates that GPS signals extend farther than expected and that future missions can reliably use GPS at extreme altitudes.

“At the first apogee after the maneuvers, MMS1 had 12 GPS fixes, each requiring signals from four GPS satellites,” said Trevor Williams, the MMS flight dynamics lead at NASA’s Goddard Space Flight Center in Greenbelt, Maryland. “When we began the mission, we had no idea high-altitude GPS would be such a robust capability.”

On Oct. 16, 2015, MMS traveled straight through a magnetic reconnection event at the boundary where Earth’s magnetic field bumps up against the sun’s magnetic field. Credits: NASA’s Goddard Space Flight Center/Duberstein

MMS’ orbit shift allows it to continue its mission to better understand the complex magnetic processes around Earth. MMS studies a fundamental process that occurs throughout the universe, called magnetic reconnection, in which magnetic fields collide and explosively release particles in all directions. Near Earth, reconnection is a key driver of space weather, the dynamic system of energy, particles and magnetic fields around Earth which can adversely impact communications networks, electrical grids and GPS navigation. Magnetic reconnection was long predicted by physicists, but not directly observed until the MMS mission.

MMS’ tight formation and highly elliptical orbit require extremely accurate navigation data from GPS satellites, which are operated by the U.S. Air Force. The main GPS antenna signals enable navigation down on Earth, but precise high-altitude navigation requires both these as well as signals from the antenna’s side lobes. Side lobe signals radiate out to the side of the direction an antenna is pointing and extend past Earth. 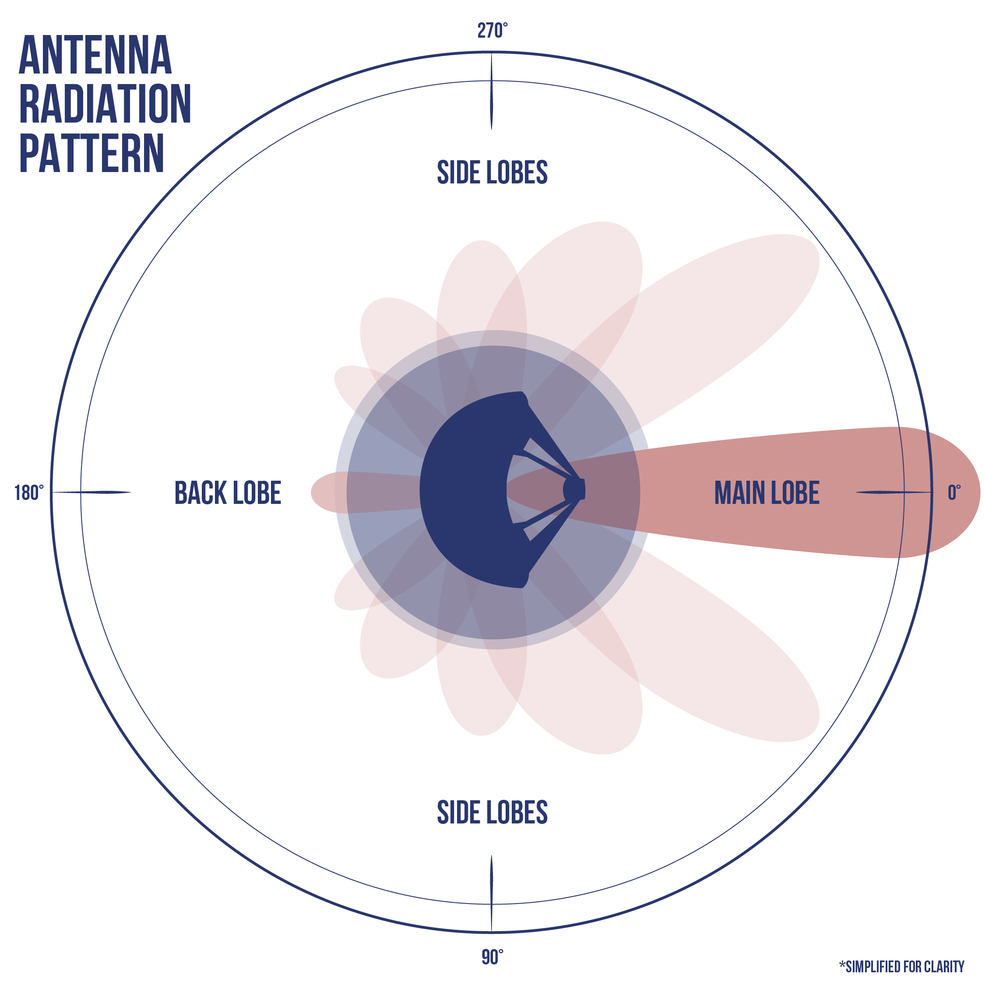 A simplified antenna radiation pattern with different lobes of radiation extending from the antenna. Credits: NASA

Communications engineers usually consider these side lobes wasted energy. However, the signals can be used by satellites at high altitudes on the opposite side of the globe as the GPS satellite. (Such high-altitude missions fly above GPS satellites’ orbit.) Previously, most engineers considered the upper limits of the GPS navigation in space to be an altitude of about 22,000 miles, or the altitude of satellites in geosynchronous orbit — until MMS.

Additionally, the navigation maneuvers allowed the spacecraft to gather data not available to scientists during normal operations.

“MMS usually flies in a close, tetrahedral formation [that looks like a pyramid],” said Thomas Moore, the project scientist for MMS at Goddard. “During the orbit-raising maneuvers, the spacecraft became a [straight line or] ‘string of pearls,’ which gave us unique data about the magnetosphere that may further our understanding of magnetic reconnection.”

MMS’ tight configuration and record-breaking GPS fixes would not be possible without the mission’s Navigator GPS Receiver, an instrument developed at Goddard. It can detect faint GPS signals while withstanding the harsh radiation environment within the magnetosphere. NASA has made this revolutionary technology available for licensing through the Technology Transfer program, ensuring that commercial enterprise can also benefit from this innovation. 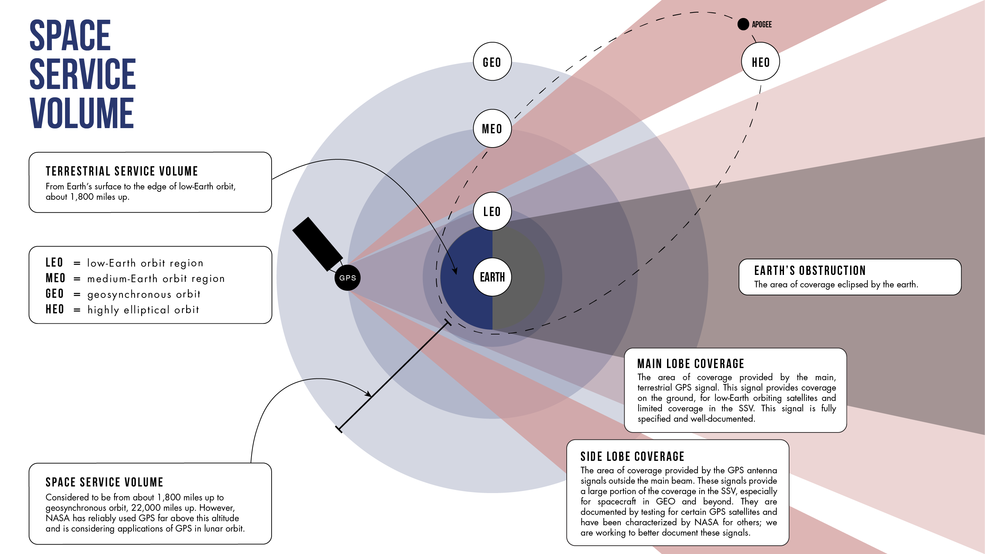 NASA is exploring the upper limits of GPS service with more than just MMS. NASA navigation experts have run simulations demonstrating that these services could extend even farther when taking into account the collection of six international GPS-like constellations. These constellations are collectively referred to as global navigation satellite systems (GNSS).

In fact, NASA simulations show GNSS signals could even be used for reliable navigation in lunar orbit, just as a car uses GPS on an interstate highway. Engineers are considering using GNSS signals in the navigation architecture for the Gateway, an outpost in orbit around the Moon that will enable sustained lunar surface exploration.

“We’re working with the international community to document GNSS performance for space users, including side lobe signals,” said Joel Parker, a Goddard navigation engineer representing NASA internationally in GNSS policy. “A better understanding of GNSS capabilities will allow high-altitude missions to take advantage of the robust navigation signals they provide.”

Thanks to MMS and NASA’s navigation engineers, the sky is no longer the limit.