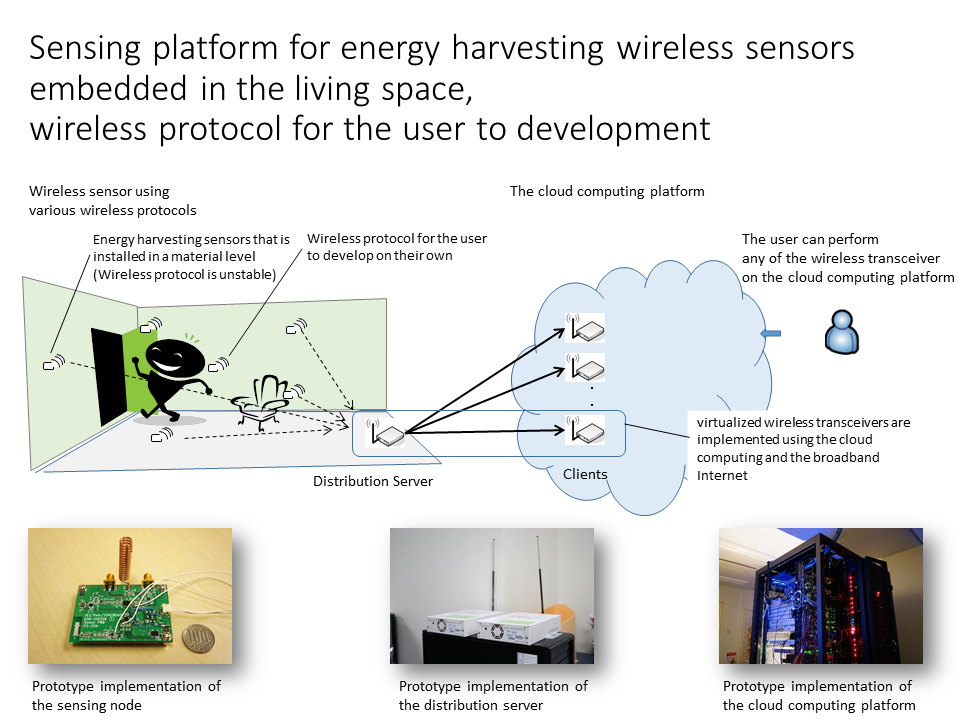 The field of ‘software-defined radio’ (SDR) technology, a wireless communications system implemented by means of software on a computer to replicate the work of traditional hardware, has potential in future cognitive radio systems. Advantages of SDRs include the ability to comply with various wireless protocols without hardware modification. It may be possible not only virtualizing the wireless transceiver but also compensating for the instability of the wireless protocol at the receiving end, or launching the wireless transceiver corresponding to the signal automatically.

Work is ongoing to create networks of SDR wireless transceivers—combined transmitters / receivers based in the virtual world. However, enabling these transceivers to work together efficiently on fluctuating parameters is challenging.

Now, Yuusuke Kawakita and Haruhisa Ichikawa at the University of Electro-Communications, Tokyo, Japan, have developed the Appliance Defined Ubiquitous Network, or ADUN; a mechanism that delivers unlimited broadband radio-wave information (or ‘radio space information’) to clients via a distribution server. To build such networks, virtualized wireless transceivers are implemented using the cloud computing and the broadband Internet.

In trials, the researchers found that ADUN worked effectively as a scale-out solution to deliver radio space information. However, the upper number of clients receiving information at any one time was limited by the number of physical CPUs in the distribution server. In fact, a CPU is needed for each client – adding logical CPUs made little difference to performance.

Their findings hold implications for building global networks of distribution servers that can deliver unlimited radio data to multiple clients simultaneously, because limitations lie within hardware rather than software.