With the R&S FSW, Rohde & Schwarz is the technology leader in signal and spectrum analyzers. Now, Rohde & Schwarz has completely enhanced this high-end analyzer family. All R&S FSW models with a maximum input frequency of 26.5 GHz and above are now available with a 2 GHz internal analysis bandwidth option and an 800 MHz bandwidth option for real-time analysis. Users will appreciate the new look and feel with a new operating concept and an SCPI recorder for remote controlled test sequences.

The well-established family of R&S FSW high-end signal and spectrum analyzers is used for measurements in various applications, for example in wireless communications device testing for 5G and Wi-Fi, in radar analysis in the automotive and A&D sectors and in satellite system testing. The signal and spectrum analyzers can also be used to characterize RF components such as power amplifiers.

Rohde & Schwarz has further improved the market-leading performance of the R&S FSW family. The new R&S FSWfeatures up to 10 dB lower phase noise compared with the previous models, which is extremely important in applications such as troubleshooting the modulation of 5G signals in the microwave range.

The new R&S FSW analyzers above 26.5 GHz offer an internal analysis bandwidth of 2 GHz. Now users can analyze wideband signals from radar systems or 802.11ad Wi-Fi signals without requiring an external digitizer such as an oscilloscope in the test setup. The R&S FSW can also analyze bandwidths greater than 2 GHz, a feature that may be necessary for automotive radar or 5G applications. When performing measurements with an R&S FSW43 or R&S FSW85, the bandwidth can be extended up to 5 GHz using an R&S RTO2000 oscilloscope.

800 MHz instead of 500 MHz bandwidth is now available for real-time analysis. The new R&S FSW models process the measurement signals twice as fast as before and perform more than two million FFTs per second. They have a 100 % probability of intercept of detecting and accurately measuring signals with a minimum duration of just 0.46 µs. Consequently, all signal details are detected without gaps. This is a crucial feature for transient analysis and when troubleshooting high-frequency applications.

It is very easy to create automated test sequences with the R&S FSW analyzer’s embedded SCPI recorder. The user operates the analyzer as usual; the SCPI recorder records the all involved settings and converts them into a script for controlling the analyzer.

As easy to use as a smartphone

The R&S FSW now has a capacitive touchscreen and can be operated like a smartphone. The redesigned operating concept and user interface let users take full advantage of this modern operating method.

The new R&S FSW signal and spectrum analyzers will be presented to the public in hall 9 at European Microwave Week in Madrid from September 25 to 27, 2018, and are available now from Rohde & Schwarz. 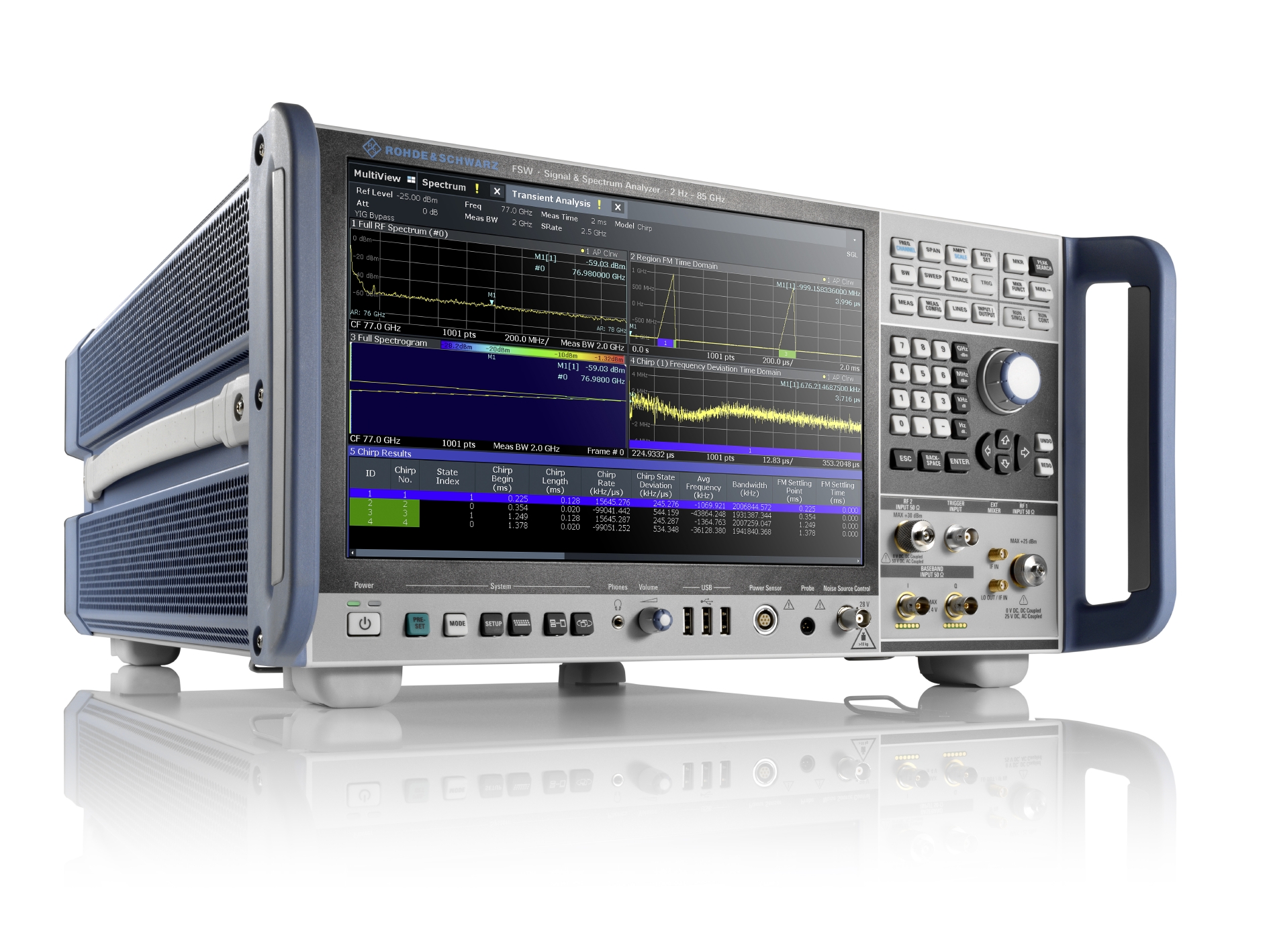