Passengers travelling through busy airports should soon face fewer delays and have a lower environmental impact, thanks to efforts to use airspace more efficiently.

Funded by the European Space Agency in collaboration with Inmarsat, a global satellite communications company based in London, the system will be piloted on selected flights over the coming months and is scheduled to begin commercial service in 2021.

Several national air traffic control organisations have agreed to trial the commercial system, including those of Belgium, France, Germany, Italy, Luxembourg, the Netherlands, Portugal, Spain, Switzerland and the UK.

Aircraft manufacturers are now developing and certifying commercial avionics to support the technology, and Inmarsat has entered into an agreement with the European Satellite Services Provider (a group of seven national air traffic management organisations) to identify future markets and business opportunities for the service. 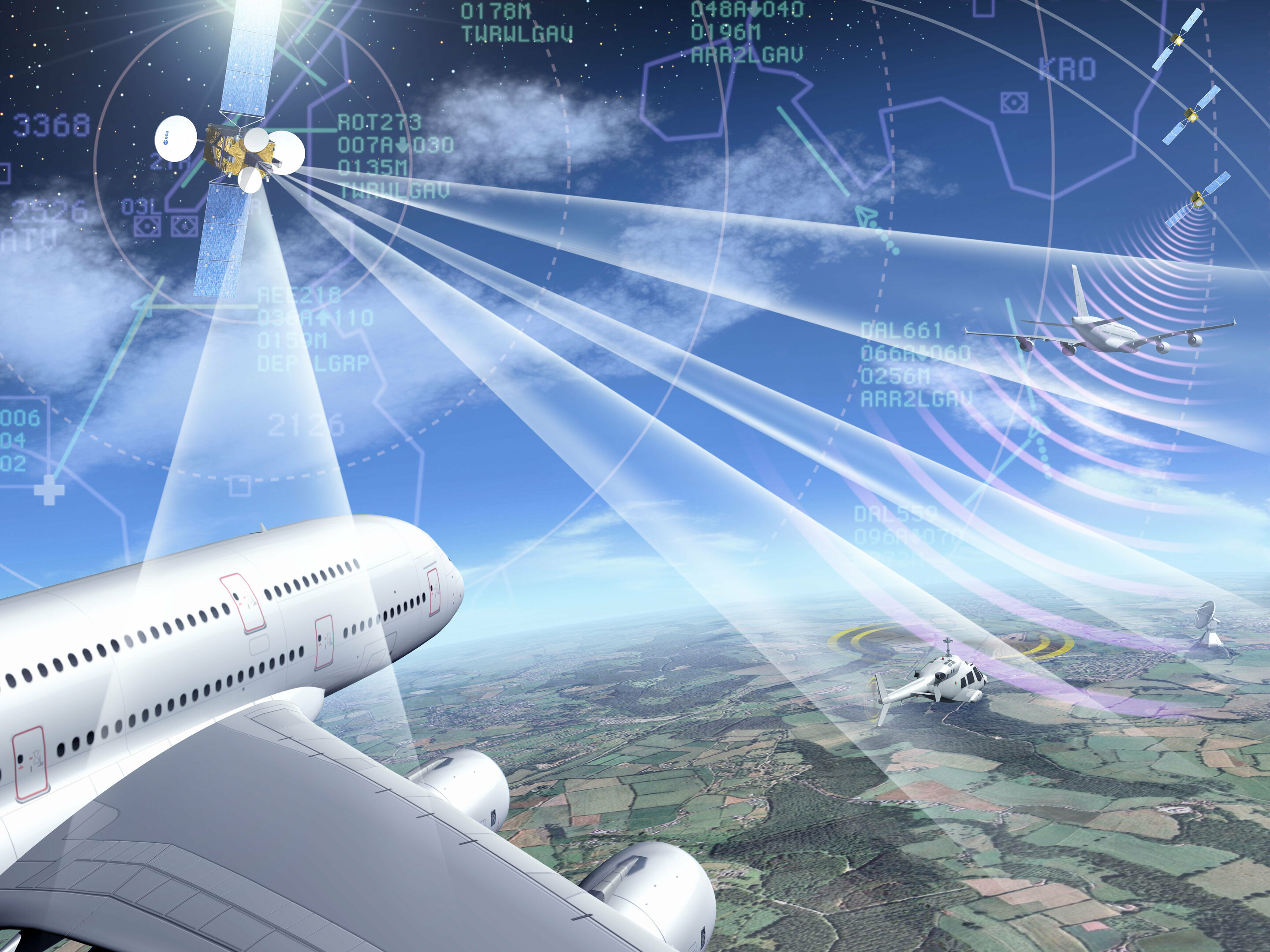 Magali Vaissiere, Director of Telecommunications and Integrated Applications at ESA, said: “The Iris technology is ready for implementation. We are extremely pleased to have passed this very significant milestone on the road to safer, greener and more efficient air travel.”

The space-based technology will complement the existing terrestrial system. At present, air traffic controllers use radar to detect the location of aircraft and their direction of travel. They then speak to the pilots, advising them on their route. However, this approach is labour intensive and requires large safety buffer zones around planes, which can restrict air traffic capacity and lead to delays. Moreover, it requires line-of-sight between the planes and the land-based radar stations, which is impossible when aircraft are flying over oceans, leading to the use of even bigger buffer zones.

Inmarsat has been working with ESA to develop a way to digitise the system. Fitting each aircraft with Iris satellite data communication terminals enables air traffic controllers to manage the world’s increasingly crowded skies without having to speak to each pilot individually. Flight plans can be continually updated during the flight to maintain an optimal trajectory towards the destination. This allows air traffic controllers to schedule landings well in advance, maximising airspace and airport capacity, while minimising the fuel burned and the carbon dioxide emitted.

Ultimately the Iris system will enable air traffic controllers to cope with predicted increases in the number of flights, while simultaneously ensuring the safety of the skies.

The Iris system demonstrates how ESA can support a European industrial consortium to deliver innovative solutions of global importance. Together they have developed Iris into an enabling tool for the aviation sector and for ESA’s European Commission partners in the Single European Sky Air-Traffic-Management Research (SESAR) modernisation programme.

Peter Hotham, Deputy Director of the SESAR Joint Undertaking, said: “Satellite communications is an important enabler for the digital transformation of Europe’s aviation and air navigation system. With our ongoing cooperation with ESA, we have the means to align towards an integrated roadmap for satellite communications under the overarching Air Traffic Management architecture further elaborated in the European Air Traffic Management Master Plan.”

John Broughton, Vice President of Operational and Safety Services at Inmarsat Aviation, said: “The progress of the Iris programme to date has been phenomenal. With the system design and flight tests now complete, industry-wide interest and commitment to the programme has led to several important agreements with major European air navigation service providers, original equipment manufacturers and a leading commercial European airline. These partnerships have brought us one step closer to commercial service for Iris, and enabling the SESAR objective of modernising air traffic management across Europe.”