Sprint is making strides big enough to warrant a rebranding of its tri-band network according to a blog published late Tuesday by CTO John Saw.

Sprint is calling its next-generation network “LTE Plus,” which owes its gains to continuing deployments over the company’s 800MHz and 2.5GHz spectrum in concert with the leveraging of LTE-Advanced technologies like Carrier Aggregation and beamforming.

Sprint has now deployed service across three swaths of spectrum, including 1.9GHz for broad coverage, 800MHz for better indoor service, and 2.5GHz for faster data speeds

Saw said LTE Plus is available in 77 markets across the country and that the beefed up network offers increased capacity and speed, with peak speeds in exxcess of 100Mbps on supported devices.

“Our new LTE Plus network using LTE Advanced technology is a significant differentiator for Sprint and our customers,” Saw wrote. “It’s also the foundation on which we will roll out more LTE Advanced capabilities such as 3/4/5-channel carrier aggregation, higher order MIMO and more advanced beamforming, seamless WiFi integration and more.”

Sprint currently offers 13 devices that support the LTE Plus network, and Saw says the company is looking to expand that device portflio going forward. The iPhone 6s, HTC One A9, and the Samsung Galaxy S6, among others, are currently supported.

Saw’s comments come ahead of a planned announcement set for 10:00 a.m. CT Wednesday. 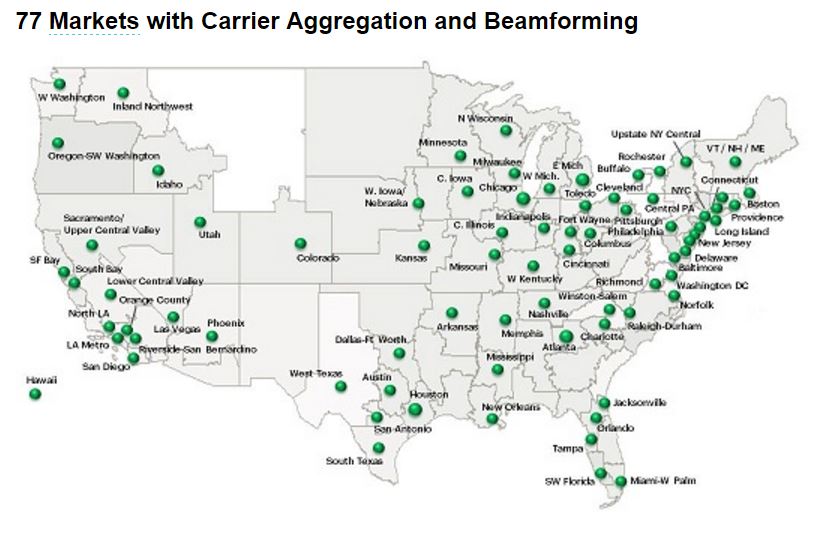