On May 10, 1894, Italian inventor and electrical engineer Guglielmo Marconi successfully transmitted a radio wave three-quarters of a mile, having constructed his own “invisible wave”-generating equipment at his family’s estate in Pontecchio, Italy.

After failing to impress the Italian government (weird, right?), Marconi traveled to England at the ripe age of 22, where he quickly found financial backers for his work.  By 1897, Marconi was broadcasting radio waves up to 12 miles away and was commissioned to set up a wireless station on the Isle of Wight so that Queen Victoria could send Morse code messages to her son while he was onboard his yacht.

After traveling to the United State in 1899, Marconi began work on a transatlantic broadcast, believing (unlike the leading physicists of the day) that the signals would follow the curvature of the earth. In 1901, he achieved a 2,100 mile-transmission of three S’s (or, three sets of three dots in Morse code) from Poldhu, Cornwall to Signal Hill in St. John’s.

Despite the fact that Marconi received the Nobel Prize in Physics in 1909, his achievements were not without controversy; other radio brains at the time were racing to nab the coveted “Father of Radio” title (and claiming that they achieved it first), including Russian physicist Alexander Popov and Serbian-American electrical inventor, Nikola Tesla.

Nonetheless, Marconi’s radio telegraph was a popular device at the turn of the twentieth century and became standard equipment for shipping companies for its usefulness in passenger communication and distress signals. Interestingly, when the RMS Titanic sank on April 14, 1912, the ship’s Marconi operator was able to signal the nearby RMS Carpathia to pick up the 700 survivors.

On a final, random note: I finally understand that line in the 1985 song “We Built This City” by Jefferson Starship: Marconi plays the mamba, listen to the radio… 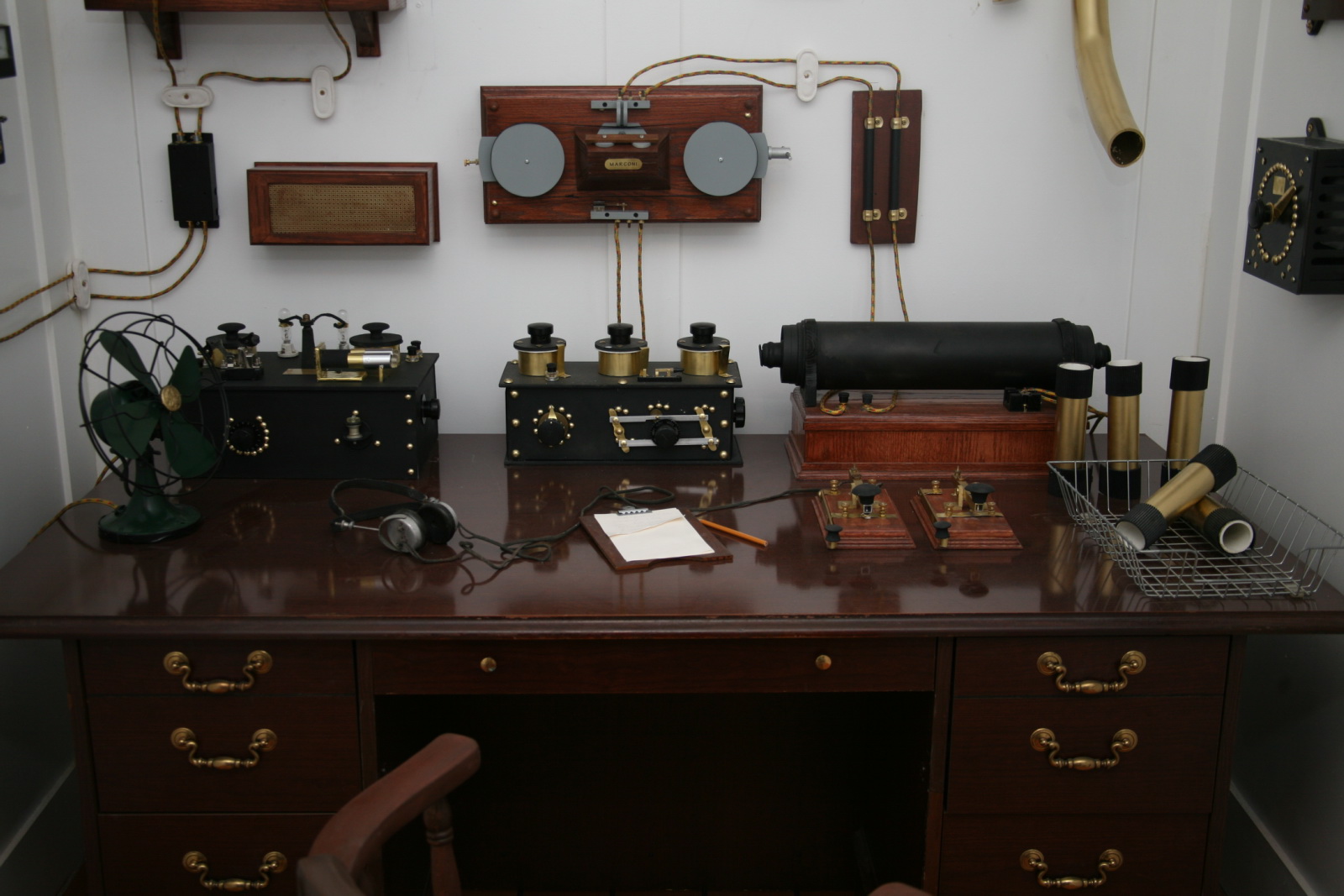 A replica of the radio room on the ocean liner RMS Titanic. Two men employed by the Marconi Company worked in this small windowless room near the bridge. Their main job was to receive and send messages by radio waves using Morse code.