On June 10, 1858, two ships set sail for the mid-Atlantic Ocean to begin work on the world’s first Transatlantic telegraph cable—a kind of symbolic linking of the “old” and “new” worlds. The system was based on Samuel Morse and his eponymous code of dots and dashes, which was already widespread in many countries, including the UK and United States.

Underwater cables (specifically, those constructed from Gutta-Percha, a genus of tropical trees indigenous to Southeast Asia) had already proven to be able to withstand the high pressures of the sea and were utilized in a telegraph cable that successfully spanned the English Channel in 1849.

In 1856, New York paper merchant Cyrus Field (who had already worked with Samuel Morse to link Cape Breton, Nova Scotia and Newfoundland via telegraph cable), formed London’s Atlantic Telegraph Company, which attracted over 300 investors to the cause of constructing a trans-Atlantic line.

The Gutta-Percha Company was tasked with creating the 2,500 miles of cable, which consisted of seven copper wires (number 22 gauge), which were twisted together with three layers of Gutta-Percha. Its outer protective layer was made up of eighteen strands of wire, each one consisting of seven charcoal annealed iron wires (number 22 gauge)—lending the overall cable a diameter of three quarters of an inch.

For each mile of cable (which amassed to one ton in weight), a total of 133 miles of wire was required. 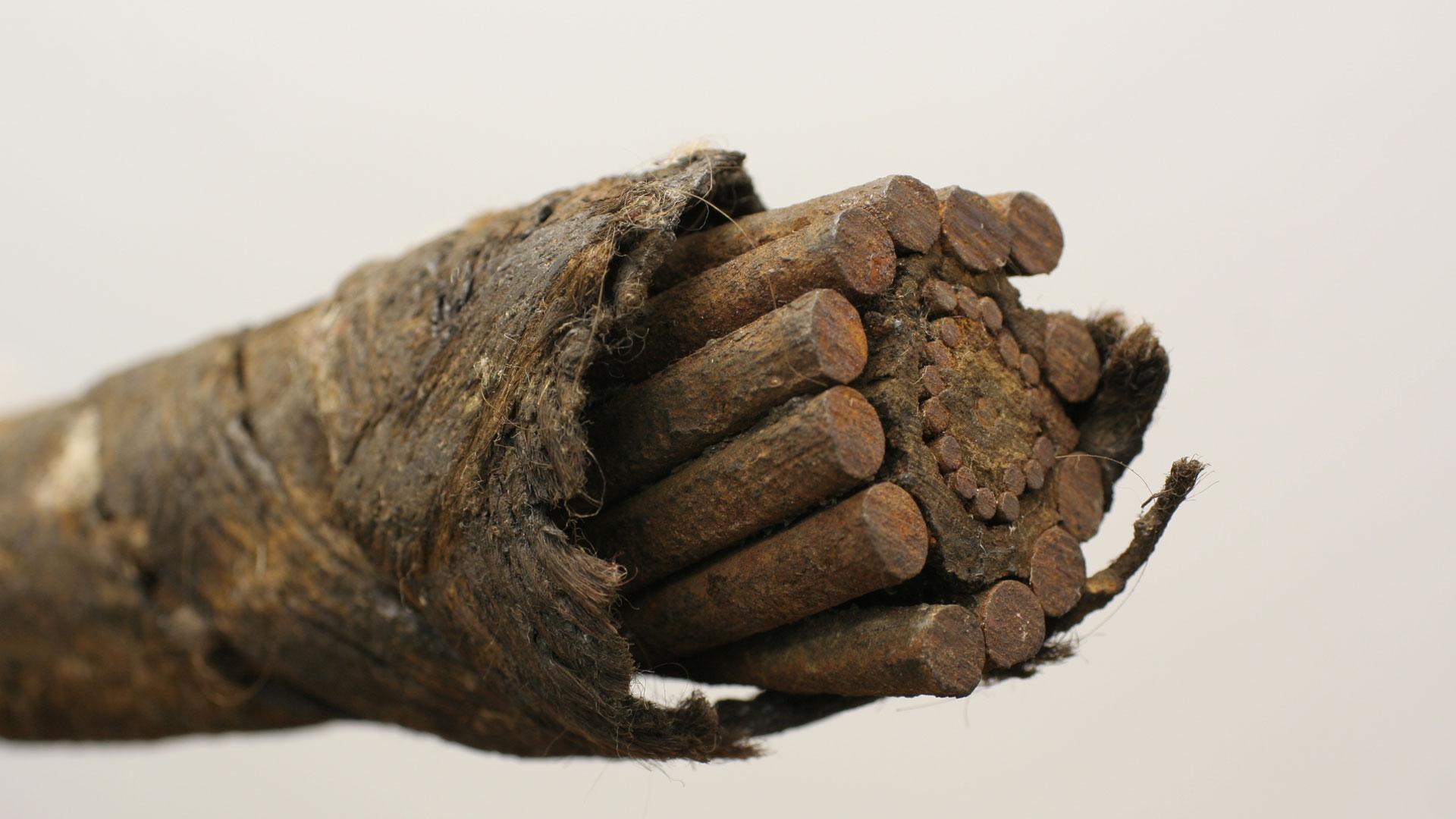 After several failed attempts to lay it down in 1857 (ventures that nearly bankrupt Cyrus’ company), the Niagara and Agamemnon set sail in 1858, starting in the middle of the Atlantic and then working outwards towards Ireland’s Valentia Bay and Newfoundland’s Trinity Bay.

The cable was finally completed on August 5th.

Before the cable failed indefinitely on September 18th, 1858, it transmitted some famous messages (notably, those between Queen Victoria and American President James Buchanan), and was still cause to celebrate for the first attempt, however short-lived, to create a global communications system.