Arduino announced the introduction of an IoT Cloud as part of its professional IoT strategy. Targeted at developers, system integrators and maker hobbyists, the Arduino IoT Cloud is an easy-to-use Internet of Things application platform that enables users to develop and manage IoT applications that solve real-life problems in a business environment or in everyday life. The introduction of this new platform builds on Arduino’s mission of making complex technology simple enough for anyone to use.

Luca Cipriani, Arduino CIO, commented: “With the launch of the Arduino IoT Cloud, Arduino now provides its millions of users with a complete end-to-end approach to IoT that includes hardware, firmware, cloud services, and knowledge. This public beta release of the Arduino IoT Cloud, with automatic dashboard generation, webhooks support, and full TLS secure transport, will be an invaluable asset to users.”

Convenience and flexibility were key considerations for the Arduino IoT Cloud. A major benefit is its ability to program Arduino boards, whereas previously users were required to program them via Arduino Sketch. The Arduino IoT Cloud will quickly and automatically generate a sketch when setting up a new thing, thus enabling a developer to achieve a working device within five minutes of unboxing a board. The Arduino IoT Cloud also allows other methods of interaction, including HTTP REST API, MQTT, command-line tools, JavaScript, and WebSockets.

Massimo Banzi, CTO and Co-founder of Arduino, commented: “Arduino now offers a complete platform with the MKR family, providing a streamlined way to create local IoT nodes and edge devices. These use a range of connectivity options and compatibility with third-party hardware, gateway, and cloud systems. The Arduino IoT Cloud allows users to manage, configure and connect not only Arduino hardware but also the vast majority of Linux-based devices – truly democratizing IoT development.”

Designed for seamless IoT development the MKR form factor delivers embedded connectivity and very low power consumption in a compact size. These features make the boards the most suitable solution for emerging battery-powered IoT edge applications, such as environmental monitoring, tracking, agriculture, energy monitoring, and industrial automation. To highlight how the Arduino IoT Cloud would work in tandem with the MKR family in a real-world solution, Banzi cites an agricultural example, where low power and alternative connectivity options are essential: “Suppose we want to build an IoT greenhouse, the goal is to control this greenhouse remotely, i.e. to be able to turn on and off the lights, start the irrigation system, and read and adjust the temperature inside the greenhouse, all without the need for human intervention. The complete system can be automated and controlled using an Arduino MKR WIFI 1010 board along with the Arduino IoT Cloud.

“Simply attach the relevant sensors (e.g. temperature, light, and humidity sensors), actuators (e.g. irrigation pump), and switches (lights and fan) to the board. Upload the software (Arduino Sketch) and it will be ready in minutes to automatically control the properties of the actuators (e.g. activate the ventilation fans when there is too much humidity in the greenhouse) via a simple web interface.

“The properties are stored in the Arduino IoT Cloud and can be remotely changed from there without the need to visit the greenhouse. Once this is all in place, the system will wait for events and react to them as necessary – perfectly controlling the environment within the greenhouse. It’s even possible to take this automation one step further, as we’ve seen a solution developed based on Arduino to establish and indicate when the fruit is perfectly ripe for harvest on a commercial farm.”

More about the Arduino IoT Cloud

The Arduino IoT Cloud was designed with security in mind, from product development through its entire lifecycle, enabling users to securely provision, connect and authenticate devices to the IoT Cloud while they are deployed in the wild, and ensuring all data transmitted between the device and Arduino’s cloud is confidential and tamper-proof. Client authentication (X.509 certificates) is adopted for asymmetric-key based authentication, while Transport Layer Security (TLS) is used for securing all traffic to and from IoT Cloud.

There is also a way to use webhooks to let the Arduino Things interact with other services like IFTT, Google Spreadsheet, and Zapier. 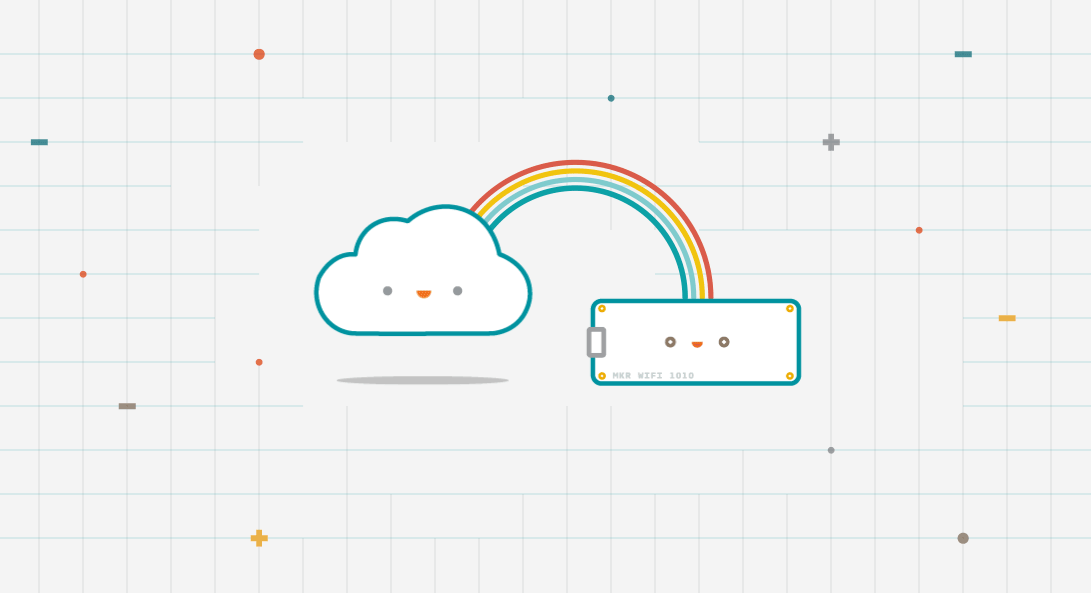