Fast radio bursts (FBRs) are astronomical radio pulses of unknown physical origin. Lasting mere milliseconds, they appear to originate from extragalactic distances—making them extremely difficult to detect, identify, and study. Scientists, however, can use their information to help calculate the distribution of matter in the universe.

According to a study, the “apparent non-repeating nature of these bursts has led to the suggestion that they originate in cataclysmic events.” Makes sense, right? Except that scientists are now reporting the first recurring FRB—making this the latest in weird-stuff-that-happens-in-outer-space.An international team of astronomers using the Arecibo Observatory in Puerto Rico (the world’s most sensitive radio telescope) have detected a repeating burst, named (creatively) FRB 121102, and published their results in a recent study in Nature. 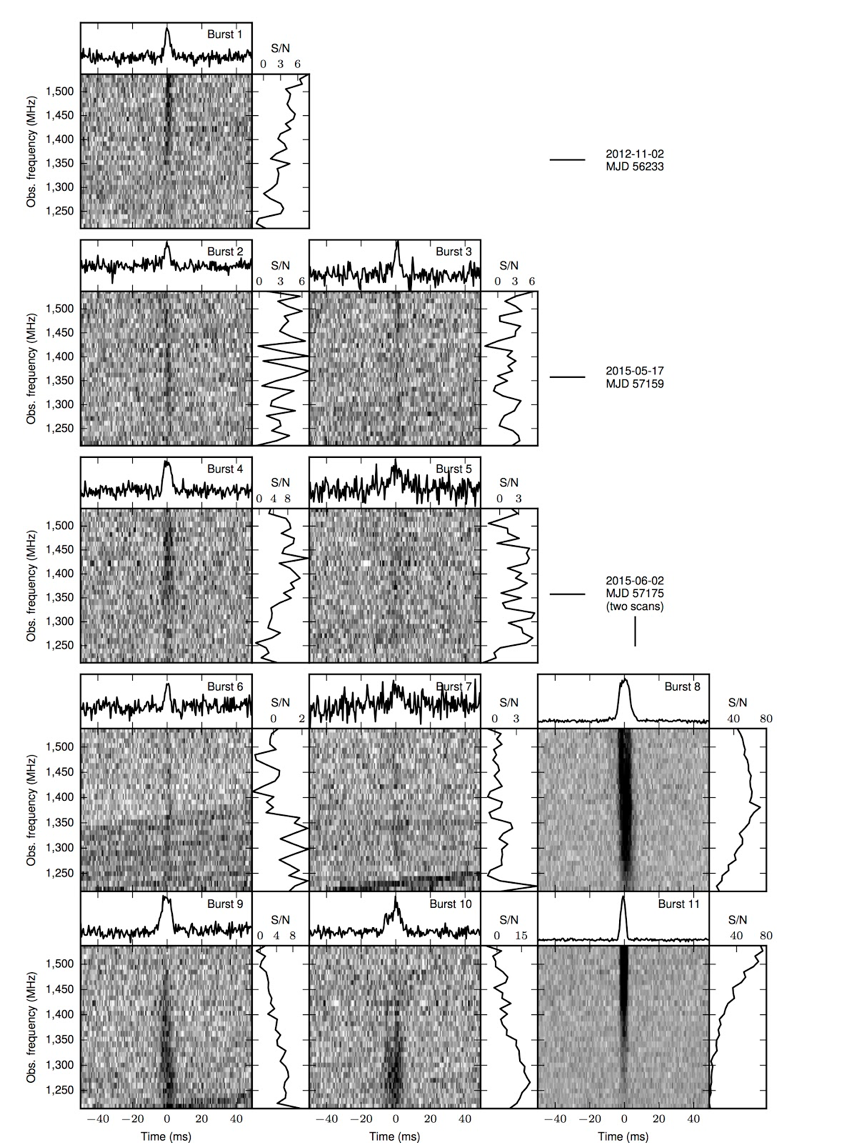 FBR 121102 was first spotted in 2012; since then, the team has detected an additional ten radio bursts—occurring in the same patch of sky and with the same “dispersion measure” (a metric that informs astronomers how far radio waves have traveled before reaching our receivers). But that’s where the similarities end: interestingly, the repeat bursts exhibit different spectra. They also occur at irregular intervals; during one observation, six pulses occurred within ten minutes.

So what in the world—excuse me, let me rephrase that—what beyond the world is causing these mysterious energy bursts?

The theory being put forth in this latest study is that the pulses are being caused by a magnetar—a kind of dead neutron star whose magnetic field is a thousand trillion times greater than our current one. (Ouch.) Therefore, rapid reconfigurations in the star’s magnetic field could be causing the signal bursts.

The study cites: “Although there may be multiple physical origins for the population of fast radio bursts, these repeat bursts with high dispersion measure and variable spectra specifically seen from the direction of FRB 121102 support an origin in a young, highly magnetized, extragalactic neutron star.”

I’m a sucker for strange cosmic signals (see: And the Celestial Mystery of Star KIC 8462852 Continues). Only time will tell how this latest story, penned by the intricately dense, ever-mysterious Universe, will continue to unfold.