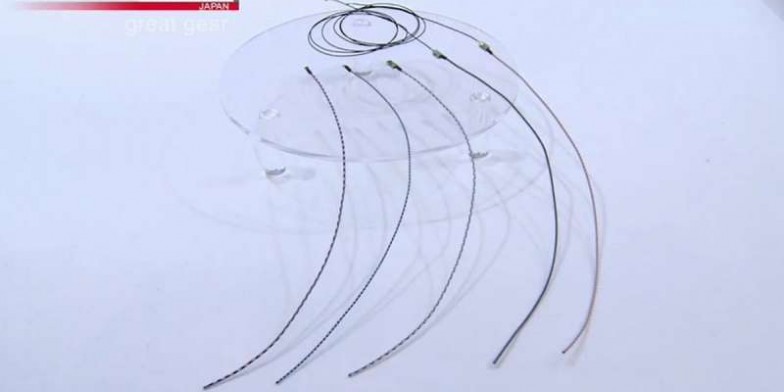 Researchers at Kansai University in Japan have developed an innovative wearable piezoelectric PLLA braided cord sensor. The technology can be used as wearable sensors in the fields of fashion, sports apparel, interior design, and healthcare, which is significant since these are all sectors where wearable sensing devices aren’t conventionally utilized. While the ubiquitous state of technologies like touch panel devices shows no signs of slowing down, there is increasing research in next-generation “man-machine” devices that could be worn like regular clothing.

The Kansai University researchers developed the world’s first wearable piezoelectric fabrics that contain a conducting carbon fiber yarn, piezoelectric braided cords for electromagnetic shielding, and high sensitivity so they won’t respond to environmental disruptions like cellphone noise and other types of electromagnetic interference. 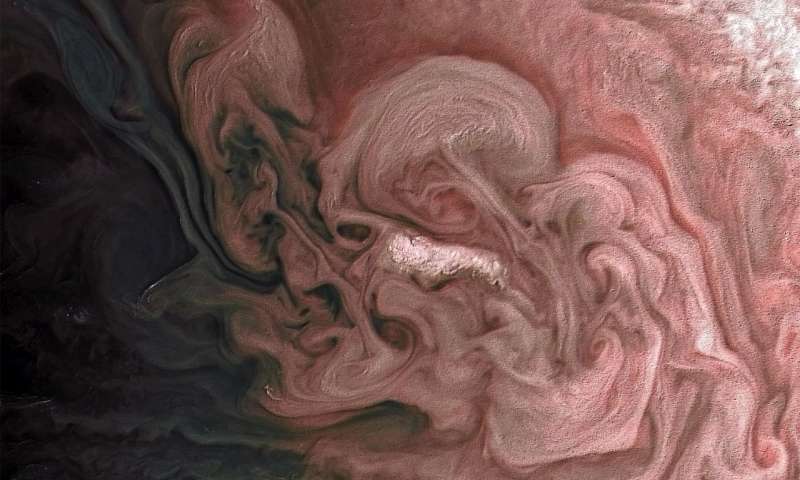 NASA’s JUNO spacecraft captured close-up images of a storm with bright cloud tops in Jupiter’s northern hemisphere, back in February of this year. The color-enhanced image was taken last month during its 11th close flyby of the gas giant. The spacecraft was over 7500 miles from the top of Jupiter’s clouds at a 49.2-degree angle north latitude when the images were taken. These images were then processed by civilian scientists from JunoCam imager, after which its colors were adjusted to present the final depiction of the image above. 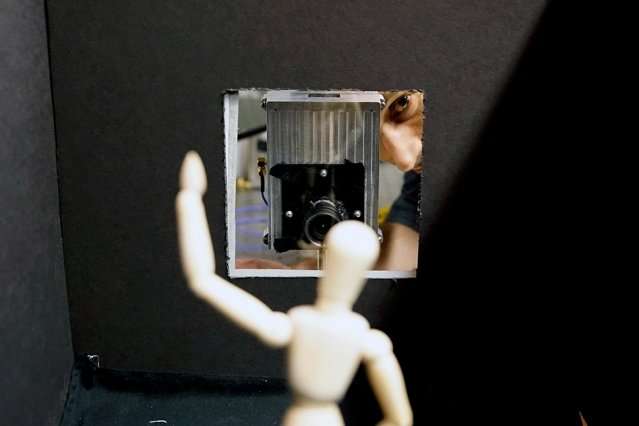 The MIT system was able to resolve images of objects and gauge their depth at a range of 57 centimeters. (Image Credit: Melanie Gonick/MIT)

Researchers at MIT developed a system capable of producing images of objects that are shrouded by fog so thick it cannot be penetrated by normal human vision. In addition, the system can also project the distance of objects shrouded in fog. The device’s origins can be traced back to the inability of handling misty driving conditions, which has been a huge obstacle in developing efficient autonomous vehicular navigation systems that use visible light.

These setups are preferable to radar-based systems due to their high resolution and ability to read road signs, along with track lane markers. Researchers tested the system using a small tank of water that had a vibrating motor from a humidifier immersed inside. The fog used in the experiment was so dense, human vision could only penetrate 36 centimeters in, whereas the system could generate images ob the objects immersed in the fog (in addition to detecting their distance) at a range of 57 centimeters. 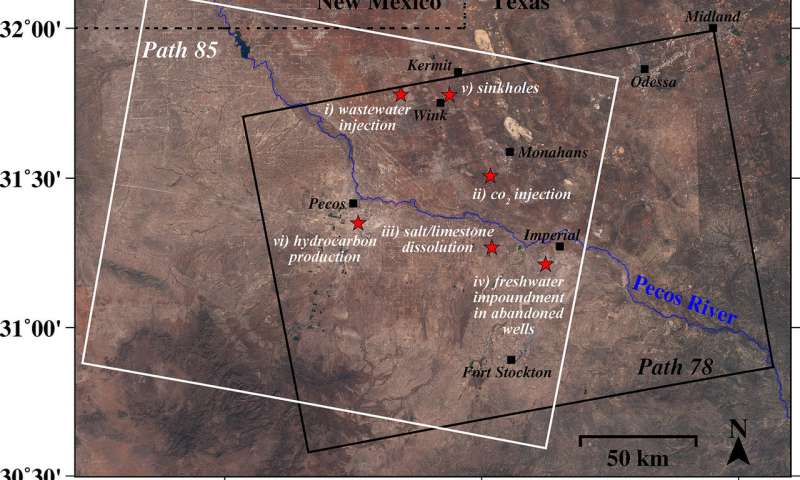 Wink, Texas, has a growingly troublesome situation with two giant sinkholes forming near the community of over 1040. The sinkholes themselves aren’t the main problem, but are part of a new study that discovered the concerning rates of new ground movement extending beyond the sinkholes. The findings were made by a geophysical team from Southern Methodist University in Dallas, Texas, that previously reported the rapid rate sinkholes are expanding, while new ones are forming. The team has now discovered numerous locations in large portions of four Texas counties that are also sinking and uplifting. The radar satellite images (one shown above) indicate significant movement of the ground across a 4000-square mile area, with some places having as much as 40 inches over the past two-and-a-half years.