Singapore is the reigning champ when it comes to internet speeds with an average download speed of 60.39 Mbps, according to the cable.co.uk Worldwide Broadband Speed League 2018.

Spanning 200 countries and undergoing more than 163 million speed tests, “The data was collected for the second year in a row across the 12 months up to 29 May this year by M-Lab, a partnership between New America’s Open Technology Institute, Google Open Source Research, Princeton University’s PlanetLab, and other supporting partners, and compiled by Cable,” according to the Worldwide Broadband Speed League 2018 website.

Curious how the top 10 players battled it out for fastest internet download speed? Enjoy the infographic below, courtesy of Statista. 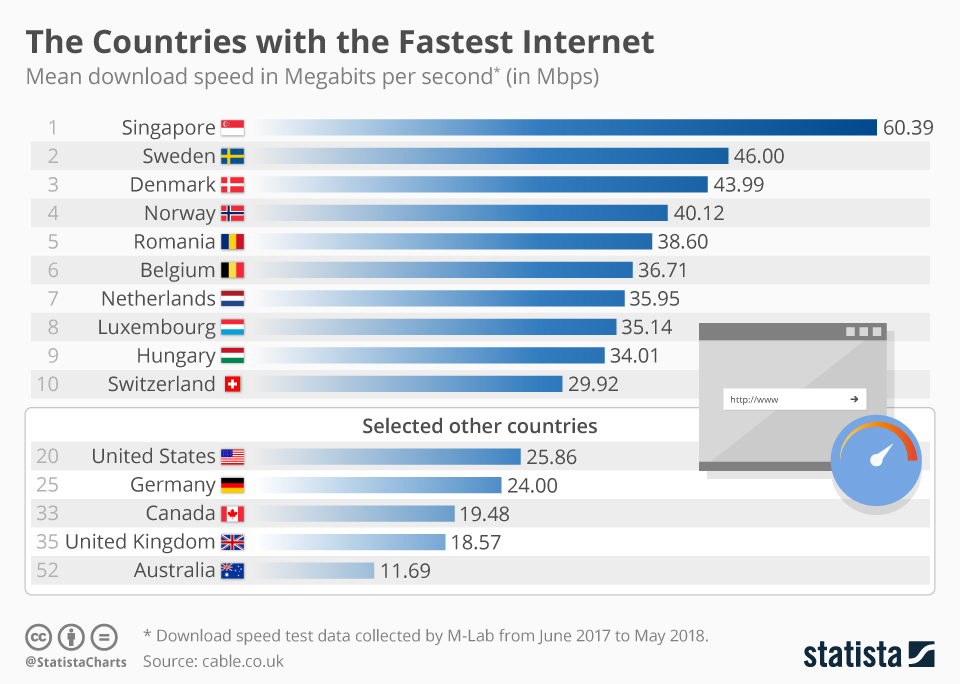