Founded in May 2017, mOOvement is a company that has tracked cattle across the farms of Australia with their own GPS Ear Tag. The system enables farmers to keep tabs on their cattle herds, stay up to date on grazing patterns, and know when an animal has stopped moving.

The tag attaches to a cattle’s ear, and consists of a GPS transceiver, LoRa communication module with a built-in microcontroller, passive NFC tag, and an accelerometer. The reusable tag weighs about 35 grams, sends hourly location updates, charges via a built-in solar panel, and has a lifetime of five years.

“For this project, there were numerous technical challenges that had to be addressed,” says Ollie Smeenk, head of Sales and Marketing at SODAQ. “The evident power efficiency of the e-peas PMICs [power management integrated circuits], alongside the strong lines of communication their staff built with us and the exceptional technical support they provided, all proved to be contributing factors that helped us to succeed.”

The e-peas team had to design an efficient power system that was robust enough to last five years in the Australian Outback, while adhering to the solar panel’s size and weight restrictions. That was no easy task.

In the end, e-peas’ dual LDO regulated-output AEM10941 devices were utilized for the tracker’s photovoltaic energy harvesting. Head over to its data sheet for the full range of specs.

Chief Commercial Officer at mOOvement Pieter Vogels says, “In the past, the cattle trackers available to farmers needed to be periodically recharged. This was obviously inconvenient, requiring considerable investment of time and human resources. By being able to efficiently utilize the energy from sunlight such issues can be completely avoided. Together, SODAQ and e-peas, through their respective expertise in IoT and energy harvesting, have supplied us with a system that is not only reliable and operationally effective, but also compact and light enough to be animal friendly.”

Thousands of tracking units are already circulating around Australia, and the group effort hopes to scale up that figure in the future. 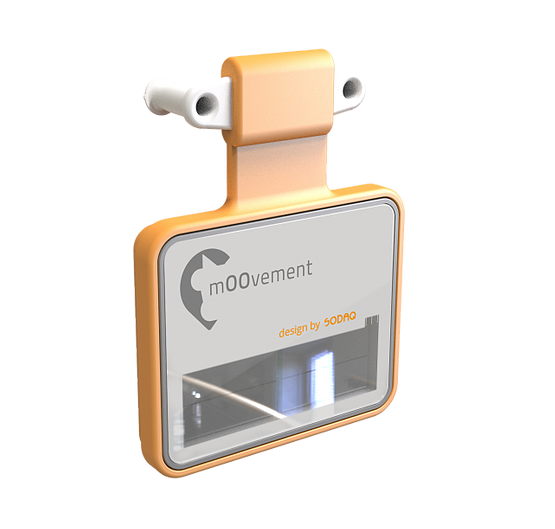