When InSight started its journey to Mars May 5, 2018, it wasn’t alone. Two briefcase-sized satellites were there for the ride, nicknamed EVE and WALL-E after Pixar film characters. Together, the two formed a technology demonstration called Mars Cube One (MarCO).

Built by NASA’s Jet Propulsion Laboratory (JPL), MarCO was the “first interplanetary mission to use a class of mini-spacecraft called CubeSats,” according to NASA. The two documented InSight’s landing on Mars, serving as communication relays as they beamed back data of its descent in near-real time, along with Insight’s first image from the Martian surface. EVE also performed radio science, while WALL-E transmitted photos of Mars. 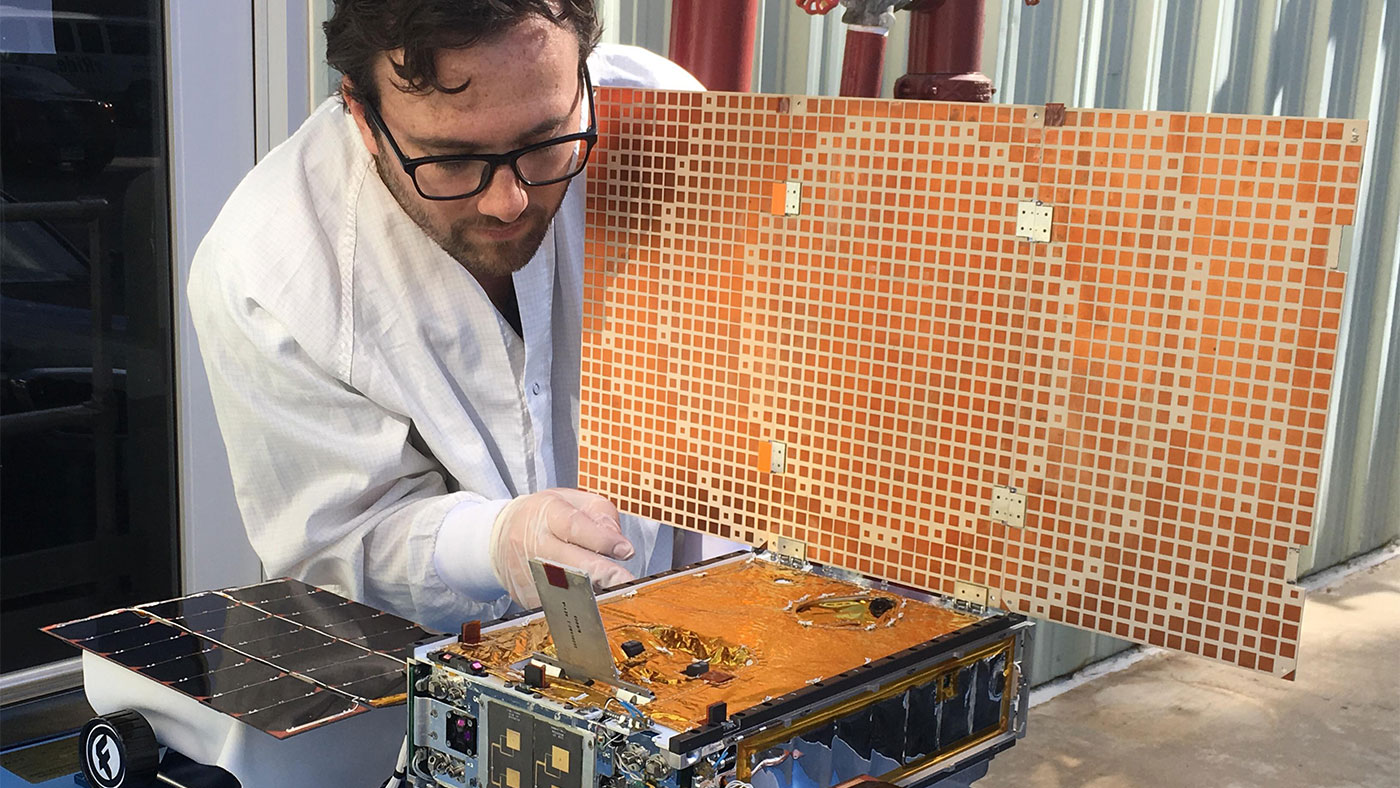 Figure 1: Engineers work on one of the MarCO satellites. (Image Source: NASA/JPL-Caltech)

But it seems the CubeSats’ limits have been reached. WALL-E’s last communication ping was December 29, 2018, and based on its known trajectory, the satellite is more than 1 million miles past Mars. EVE’s last notification was January 4, 2019, and has traveled even further, more than 2 million miles beyond the Red Planet.

There are a few theories explaining the pair’s silence.

MarCO is orbiting around the Sun, and the farther they go, the more precisely pointed their antennas must be for communication with Earth. “The MarCOs won’t start moving toward the Sun again until this summer. The team will reattempt to contact the CubeSats at that time, though it’s anyone’s guess whether their batteries and other parts will last that long,” according to NASA.

Even though communication has stopped, the mission is still considered a great victory.

“This mission was always about pushing the limits of miniaturized technology and seeing just how far it could take us,” says Andy Klesh, the mission’s chief engineer at JPL. “We’ve put a stake in the ground. Future CubeSats might go even farther.”

Spare MarCO parts, such as experimental radios, antennas, and propulsion systems, will be used in future CubeSat missions.

“There’s big potential in these small packages,” says MarCO Program Manager at JPL John Baker. “CubeSats—part of a larger group of spacecraft called SmallSats—are a new platform for space exploration that is affordable to more than just government agencies.”