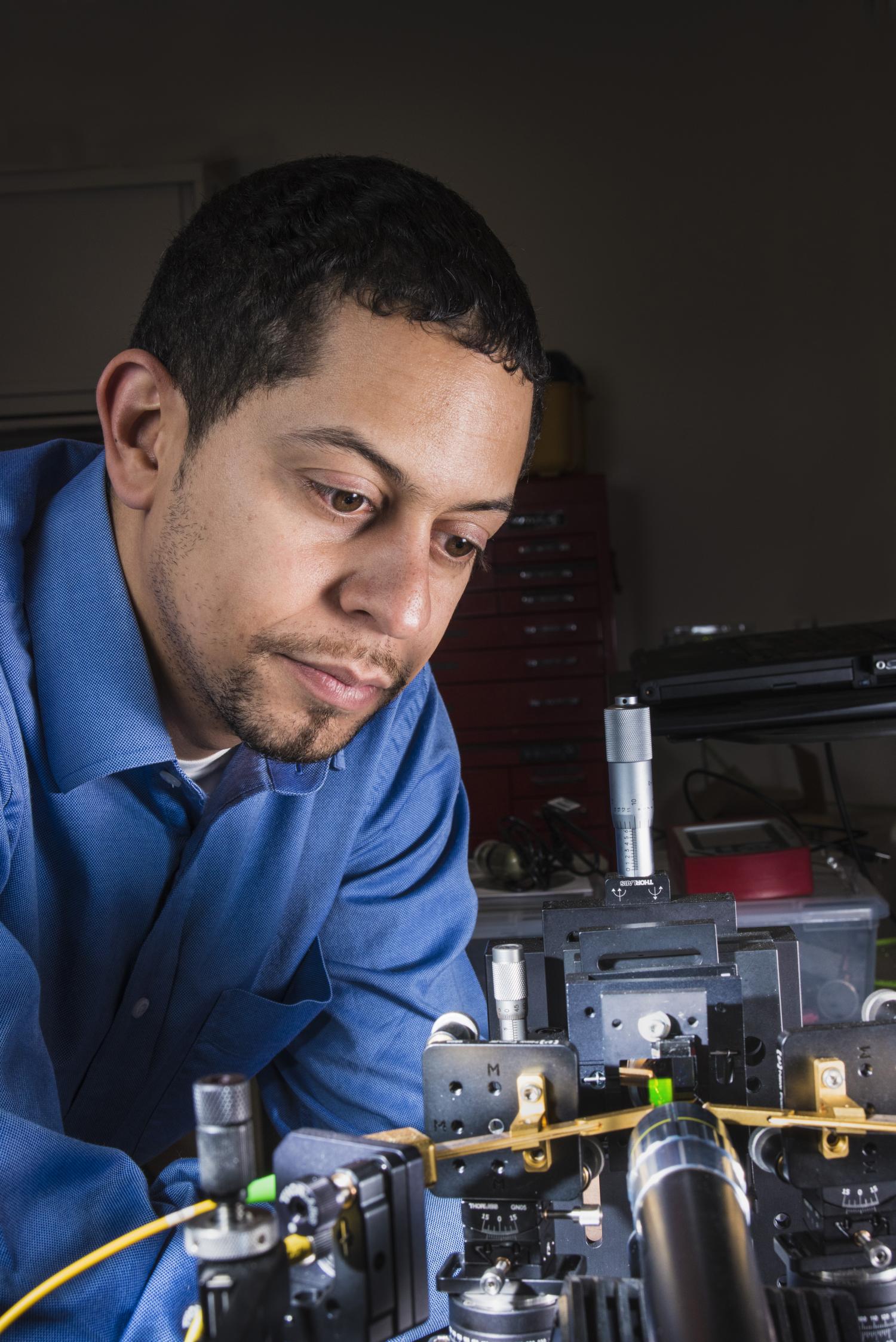 A unique filtering technology that combines light and sound waves on a single chip is expected to better detect radar and communications frequencies.

The radio frequency (RF) filters, which promise both high bandwidth and wide functional flexibility, would form the basis for spectrometers that would let users “see” energies placed in various frequency bands across a wide spectral range.

The novel, very thin filter structures are in the laboratory stage. A system demonstration—complete with lasers, modulators, detectors and battery—should be a bit larger than a computer hard drive, weigh only a few pounds and become available within three to five years.

With this hybrid approach, also known as nano-optomechanical coupling, the researchers were able to combine the high bandwidth offered by light—demonstrated at frequencies up to 20 gigahertz and easily extended to 100 gigahertz—with the linearity and sharp resonances provided by phononic filters. The energy cost of this photon-to-phonon conversion is offset by the high-resolution filter responses that exhibit very little signal distortion over a wide frequency range, says Charles Reinke, who leads the Sandia effort.

A simple analogy for the photon-phonon information transfer is the tin can telephone: two cans connected by a string that transmits sound between a speaker and listener. The speaker’s cup is like the emitter waveguide; it converts audible sound to vibration in the string. The cup by the ear is the receiver waveguide, which converts the vibration back into sound. The string, representing an engineered material called a phononic crystal, not only carries the message but changes its tone by filtering out high-pitch sounds, a kind of signal processing.

Creating a phononic crystal requires taking a thin film of material, in this case silicon nitride and modifying its mechanical properties by creating patterns on it. The resultant crystal exhibits propagation properties not normally found in nature for mechanical waves like sound, and is dependent on the geometry and pattern of the film.

For the filtering system, two materials are key: silicon nitride to form membranes in which the acoustic signals propagate, and silicon to create waveguides that confine the optical signals. The dual system optimizes the acoustic and optical properties of the device independent of each other.

The photonic-phononic devices also could be incorporated with on-chip photodetectors and other electronics.