Cinemark, one the leading movie theater chains, and Spaces, the world’s first virtual reality (VR) satellite for cinematic, live, and virtual tourism, have partnered on opening VR entertainment centers in a movie theater in San Jose, Calif. In lieu of staying home and watching Netflix on the couch, the companies hope they can persuade visitors to come in and be entertained in a public venue.

Opening in February, the VR experience will be available at the Century 20 Oakridge and XD Theater with tickets already on sale at Spaces.

In August of last year, Spaces opened their first VR center in Irvine, Calif., debuting a Terminator-themed VR experience, Terminator Salvation: Fight for the Future. Spaces has opened the door for much more interactive and immersive VR with their center. While at home VR sets can certainly be fun, Spaces has added more sensors, feedback, as well as physical motion into their experience. 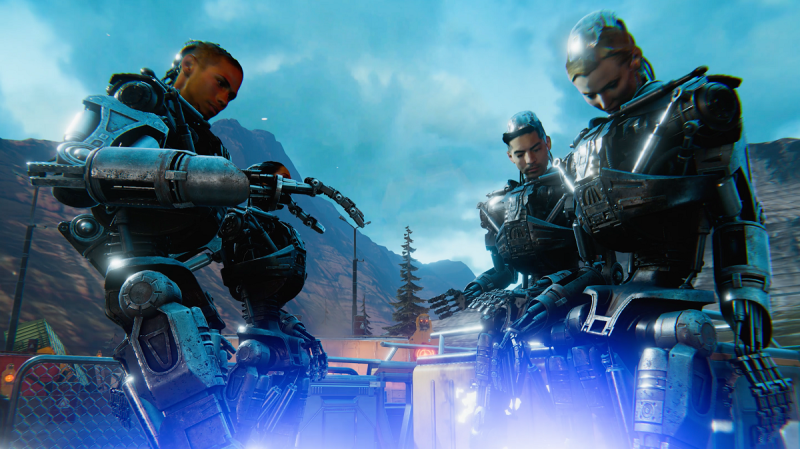 Cinemark’s CEO, Mark Zoradi, says, “Cinemark is constantly innovating and providing new experiences for our guests; we love taking entertainment and movie going to the next level. Cinemark is excited to partner with Spaces to provide our Bay area guests with a fun, immersive, mixed-reality adventure.”

Becoming a player in the game is relatively simple. Players register and then scan their faces using Spaces’ own 3D face-scanning technology. This is done so that players can see the faces of other guests and recognize who is who in the game. Then players suit up, armed with a VR headset, an HP Omen X VR Backpack with a laptop, and sensors strategically placed at the elbows and feet. The last step is getting your weapon.

In the Terminator Salvation: Fight for the Future experience, guests are able to gear up and join the resistance to fight against Skynet in the Terminator universe. In groups of four, players can go through the experience together, traversing through dilapidated buildings and fighting swarms of robots. Once it’s over, players are given a cinematic video of their experience that they can take with them and share on social media.

“At Spaces, we say ‘Go anywhere, do anything,’ where guests are the stars of the experiences,” says Shiraz Akmal, Spaces CEO. “We provide consumers an incredible, virtual reality adventure where they can suit up and escape with their friends. Guests depart from Spaces and are transported into the action. We especially love that our experiences are meant to be shared; people repeat the experiences with friends and family again and again.”