Turns out gigabit speeds don’t have to wait for 5G.

T-Mobile CTO Neville Ray in a “myth”-busting blog post on Thursday revealed the Un-carrier recently achieved speeds of nearly 1 gbps on LTE during tests at its Bellevue, Wash., lab.

According to Ray, the test utilized three-carrier aggregation, 4×4 MIMO, and 256-QAM to hit 979 mbps on an unreleased smartphone. Ray claimed the figure was the “fastest speed possible on a mobile device today.”

“T-Mobile will absolutely be first to Gigabit speeds,” Ray predicted. “Ever advancing LTE will continue be the technology that powers wireless into the next decade – and there will be major advancements to come, well beyond ‘just’ gigabit speeds. And I’m betting that we’ll continue to be first to market with them.”

The reveal comes just two weeks after Sprint noted it was possible to enable gigabit speeds on its licensed spectrum alone using a combination of carrier aggregation, 4×4 MIMO, 256-QAM, and its new High Performance User Equipment (HPUE) technology. The carrier said gigabit speeds were “coming soon” to its network. 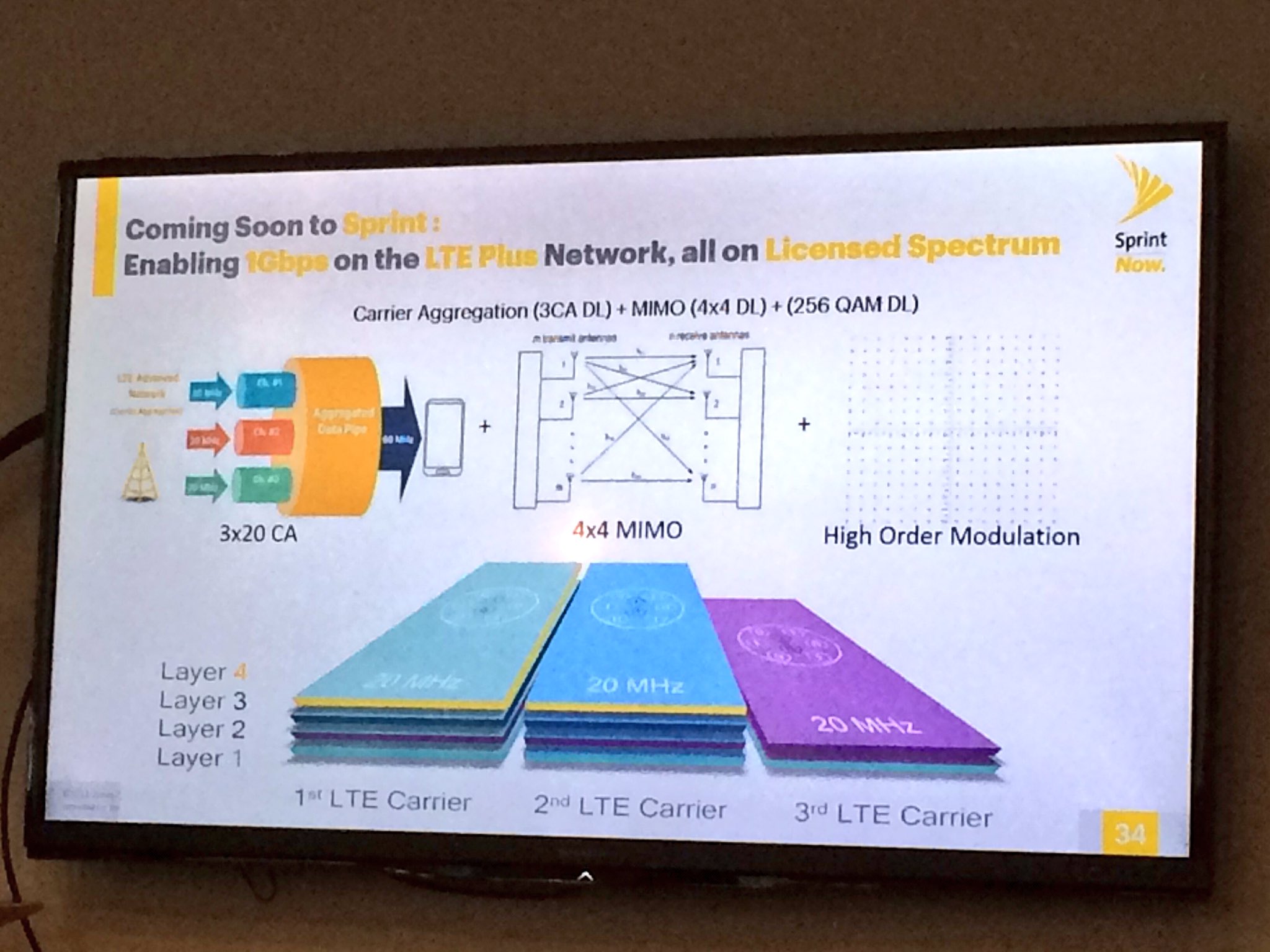 In his Thursday post, Ray also heralded the Un-carrier’s progress in closing the coverage gap with Verizon, noting T-Mobile’s LTE network now covers only 1 million people fewer than its rival.

With those metrics, Ray said it’s no longer necessary to “put up with Verizon’s (and AT&T’s) costs and carrier craziness to get the best coverage.”

“Was true. Isn’t anymore,” Ray observed. “Despite the duopoly’s many years’ head-start, four years into the fastest, most epic network build-out ever, T-Mobile LTE is already going toe to toe with Verizon — and winning.”