California serves as the home for many automatous car trials, where 28 companies were reportedly conducting active tests on public roads in the state in 2018, according to the website The Last Driver License Holder. In California, that means 467 vehicles were operated during that time, driving more than 2 million mi in autonomous mode.

A key part of the testing process is known as “disengagement,” which is the moment a human safety driver regains control. Last year, self-driving vehicles encountered 143,720 disengagements in California. Although that figure seems like there’s a long testing road ahead, some companies had some considerable gaps between disengagement periods.

Take Google’s Waymo, for example, which averaged 11,154.3 mi between each disengagement as its autonomous fleet traveled more than 1.2 million mi.

Apple and Uber fell to the bottom of the pack, managing 1.1 mi and 0.4 mi per disengagement, respectively.

You can view the full results in the infographic below. 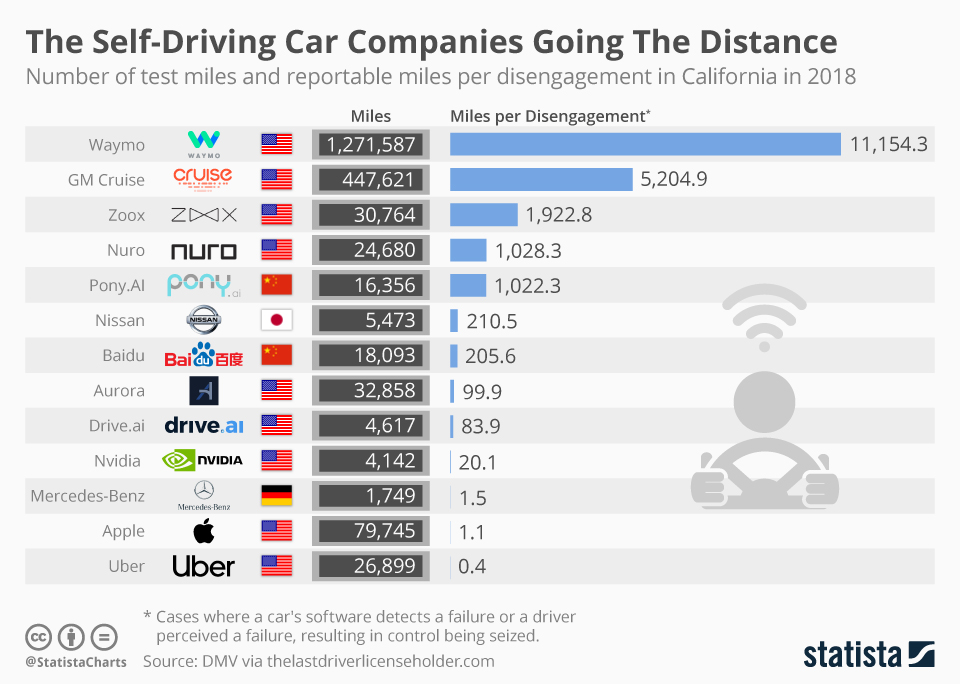