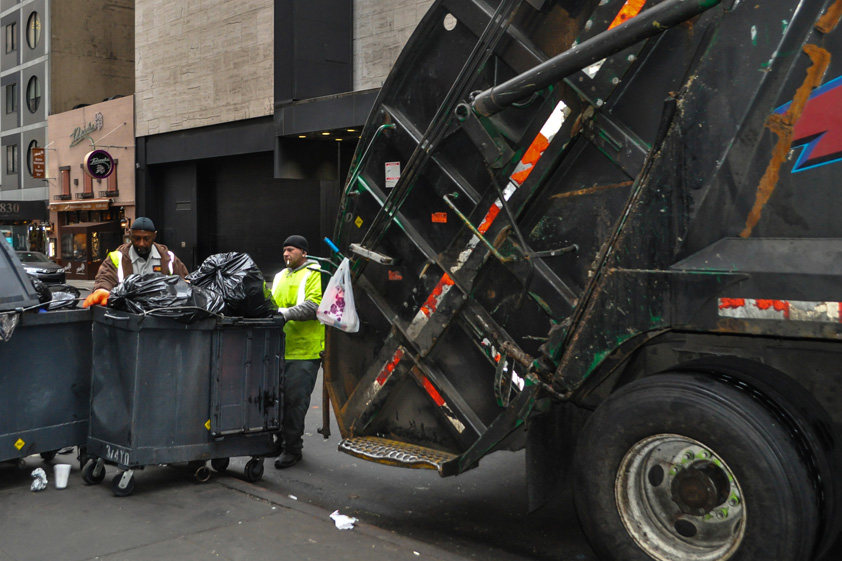 In a two-year study with New York City garbage trucks, the startup’s sensors cut the frequency and duration of filter regeneration in half, which produced a 1 to 2 percent fuel savings. This can be significant for fleets of trucks, such as those in the study, which use roughly 5,000 to 8,000 gallons of diesel fuel annually.

Advances in wireless technology continue to pave the way for better consumer devices. In the future, however, wireless devices could also benefit the automotive industry, by helping diesel engines use less fuel while curbing soot and ash emissions.

Years ago, MIT spinout Filter Sensing Technologies (FST) invented sensors that use radio frequency signals — commonly used to transmit and receive data from wireless devices — to measure in real-time exactly how much soot and ash builds up in engine exhaust filters. These data help automotive original equipment manufacturers (OEMs) — which build engines and vehicles — to program engines to burn fuel more efficiently to clean the filters.

Now, with an acquisition in October by CTS Corporation, a major manufacturer of vehicle electronics and sensors, FTS is poised to scale up manufacturing of its sensors for diesel engines, which must meet increasingly strict emissions limits.

“The industry dynamics are such that it is challenging for a small company to scale and meet OEM requirements of quality and volume. This means additional resources for scaling up and manufacturing” to meet those requirements, says FST co-founder and sensor co-inventor Alex Sappok PhD ’09, former CEO of FST and now director of RF sensors for CTS.

Headquartered in Malden, Massachusetts, FST is now the Boston Innovation Office for CTS, where the startup team will further develop and explore other applications for the sensors. Currently, the FST sensors are being piloted with OEMs across the United States, Europe, and Japan for commercial vehicles as well as construction and agricultural equipment. The sensors could be available to the automotive industry within a few years.

The FST sensors are basically metal antennas mounted inside the exhaust system of vehicles that use diesel particulate filters (DPF). In 2007, the Environmental Protection Agency introduced strict emissions limits for diesel engines, resulting in the widespread use of these large ceramic filters, which capture more than 95 percent of soot and other particles emitted from diesel engines.

A downside to DPFs, however, is they become saturated frequently, sometimes every eight hours — depending on engine use — and must be cleaned. With diesel trucks, for instance, the engine “regenerates” the filter by using some fuel to heat up the exhaust to high temperatures and burn the soot, like a self-cleaning oven. Conventional technologies use pressure-drop measurements and predictive models to roughly estimate buildup. If the estimates are off, soot and ash can also exceed the filter’s limit, impacting the pressure-drop response, service life, and fuel consumption.

With no way to accurately measure buildup in real time, OEMs generally program a diesel truck’s control system to regenerate the filter more frequently than necessary, regardless of actual contamination, Sappok says. “Trucks are burning a lot more fuel than they need in order to heat up and clean off this filter,” he says.

FST sensors transmit a radio frequency signal very similar to those used for cell phones, through part of the vehicle’s emissions-control system. As soot and ash accumulate in the filter, the signal strength decreases — the weaker the signal, the more buildup. “It’s the same concept as going through a tunnel on your phone and losing a signal,” Sappok says.

These data re received by the onboard engine-control system, so the engine only initiates self-cleaning when needed and cuts off when the filter is cleaned, saving fuel and cutting costs for operators.

The sensors have so far proved effective in field and engine tests. In a two-year study with heavy-duty trucks operated by the New York City Department of Sanitation, funded in part by the Department of Energy, the sensors demonstrated the potential to cut the frequency and duration of filter regeneration in half in some cases, which may enable a 1 to 2 percent fuel savings. This can be significant for fleets of trucks such as those in the study, which use roughly 5,000 to 8,000 gallons of diesel fuel annually.

Launching FST was a “classic MIT story,” Sappok says, where two researchers from different backgrounds combined forces to innovate and launch a startup.

In 2005, Sappok, then a PhD student in mechanical engineering, delivered a presentation as part of a speaker series in the MIT Sloan Automotive Laboratory, which focused on diesel filter technologies that aim to lower emissions, and on issues related to measuring buildup. In the audience was Bromberg, who had studied RF technologies during his time in academia. Bromberg had earned his bachelor’s degree in electrical engineering and PhD in nuclear engineering/plasma physics, both from MIT, in the 1970s.

“[Bromberg] came up to me after the presentation and asked, ‘Have you ever thought of using radio-frequency technology to measure what’s going on in these filters?’” Sappok says. “It’s something I had no background in and never would have come across myself.”

Forming an unofficial collaboration, Sappok and Bromberg began constructing a proof-of-concept sensor that measured not soot but wooden toothpicks stuck in a filter — which have the same nonconductive properties as soot. “We found out we could count how many toothpicks were in a filter,” Sappok says, laughing. “We presented at a conference that we could count toothpicks.”

From there, Sappok built a suitcase-sized sensor out of his basement, which he and Bromberg hauled around to OEMs worldwide for testing — which made clear the sensor’s commercial potential. “The fact that OEMs were willing to pay for us to come out with our prototype and conduct measurements,” Sappok says. “That’s when we thought there were some real interest.”

In 2008, Sappok and Bromberg launched FST and entered the $100K Entrepreneurship Competition, “which was a crash course on the whole operational and financial side of a business,” says Sappok.

The co-founders also went through the MIT Venture Mentoring Service’s VentureShips program, which matches startups with entrepreneurial MIT students who work through business problems and other issues. In turn, the students learn tricks of the trade from the startup founders.

After launching FST, the co-founders took advantage of networking events from the Startup Exchange (STEX), created by the MIT Industrial Liaison Program. Last January, STEX sent Sappok to Tokyo for a technology showcase and conference, where they met several Japanese OEMs who are now a few of FST’s major partners.

“That program is a way to get an introduction to customers across the world,” Sappok says, adding, “It’s a concrete example of how powerful the MIT innovation ecosystem can be.”