Are you interested in lending your voice to the 2020 ExoMars program?

Amidst a host of other investigations, the ESA-Roscosmos mission will be listening for the presence of lightning on Mars. Some of Earth’s planetary neighbors have already shown positive signs of lightning, such as Uranus, Neptune, Jupiter, and Saturn. Now, scientists want to definitively add or omit Mars from that list.

To conduct the search, an instrument mounted on the Kazachok surface platform will measure “fluctuations in the electromagnetic field within the range of audible frequencies,” according to the ESA. Specifically, the lightning hunt is assigned to an electromagnetic wave analyzer that makes up one part of the MAIGRET instrument. 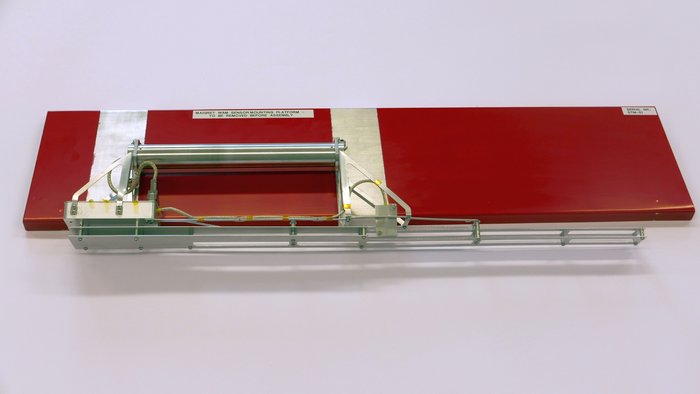 Before science tasks begin, the instrument’s memory chip will send a test sound bite to confirm everything is functioning properly, and that’s the public’s chance to join the journey to Mars.

“We need to store test data on the instrument’s memory chip to transmit back to Earth and verify the functionality of the instrument—rather than include arbitrary wave forms, we decided to use the opportunity as a public outreach event,” Ondrej Santolik, the instrument’s principal investigator, says.

According to the ESA, “The memory chip will store 11 30-second sound bites to travel to Mars, but only one will be chosen to be broadcast back to Earth.” The lucky winner will be sent back to Earth in the form of a radio wave. Once received, the team can verify the equipment is ready to start its mission.

Jorge Vago, ESA’s ExoMars rover project scientist, says, “The competition does not affect the mission and is a creative way to verify the instrument’s functionality, we hope it will inspire many to join our voyage in the search for signs of life on Mars.”

The public can enter their chance to win and vote for their favorites at the Call from Mars submission page. Although, time is of the essence, as the April 20, 2019 deadline is fast approaching.

In addition to its lightning quest, the Kazachok platform will be studying “the climate, atmosphere, radiation, and the possible presence of subsurface water ice in the landing site and surrounding areas,” according to the ESA. The Rosalind Frnaklin rover will also be exploring the Martian terrain.