Samsung on Tuesday said half a million new Galaxy Note 7 smartphones have arrived in the United States to replace the nearly 1 million original devices impacted by a recent recall.

According to Samsung, the new devices have been shipped to U.S. wireless carriers and retailers and should be available for exchange starting today.

The first batch of new Note 7s contains enough devices to replace around half of those recalled by the U.S. Consumer Product Safety Commission last week.

Samsung first halted sales of the Note 7 on Sept. second after initial reports of a “battery cell issue.” Samsung and the CPSC then issued a power down notice on Sept. 9, which was followed by official recall notices in both Mexico and Canada.

The phones were subsequently recalled by the CPSC after more than 90 reports of overheating batteries were recorded in the United States alone, including 26 cases where consumers were burned and 55 instances of property damage. Additional reports of the Note 7’s battery exploding or catching fire were reported in South Korea and other locations around the globe.

To date, multiple media outlets including CNET and The Verge have reported around 25 percent of Note 7 devices in the United States have been exchanged so far. That figure is up from just 13 percent of devices when the recall was announced on Sept. 15. 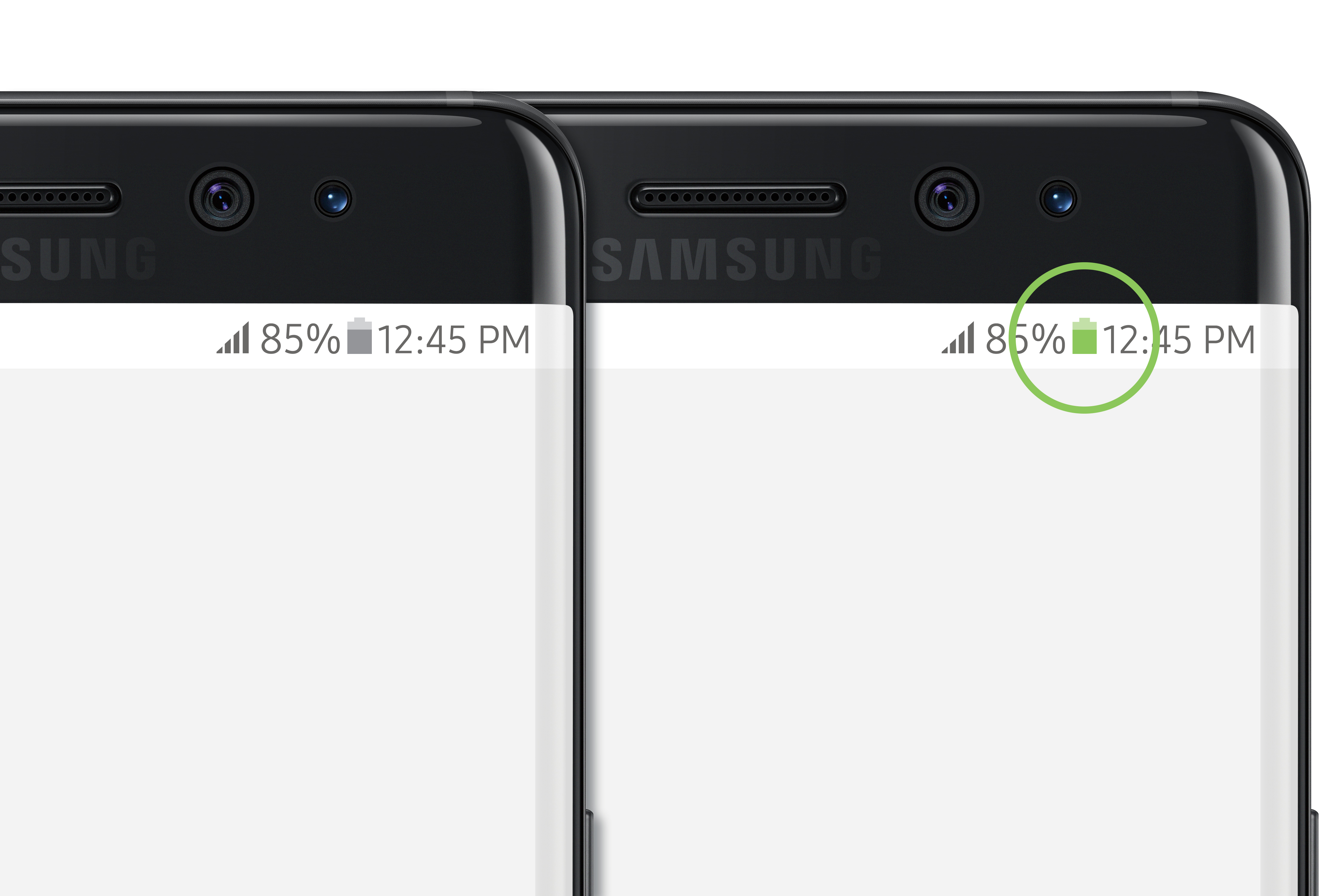 Credit: Samsung. Galaxy Note 7 before update (on left) and after (on right) with a new battery icon

Samsung said Tuesday it plans to push software updated to all outstanding devices that will prompt users to power down and exchange their phone. The notice will appear every time a user turns on or charges their Note 7, Samsung said.

The company also said it has rolled out a software update for new Note 7 devices that will make them easily distinguishable from phones impacted by the recall. Samsung said new Note 7s will now feature a green battery icon rather than one in gray.

Though the company has already urged all Note 7 users to trade in their devices, Samsung Electronics America president Tim Baxter said the company will “continue to take the necessary actions to ensure users are powering down and immediately exchanging recalled devices.”