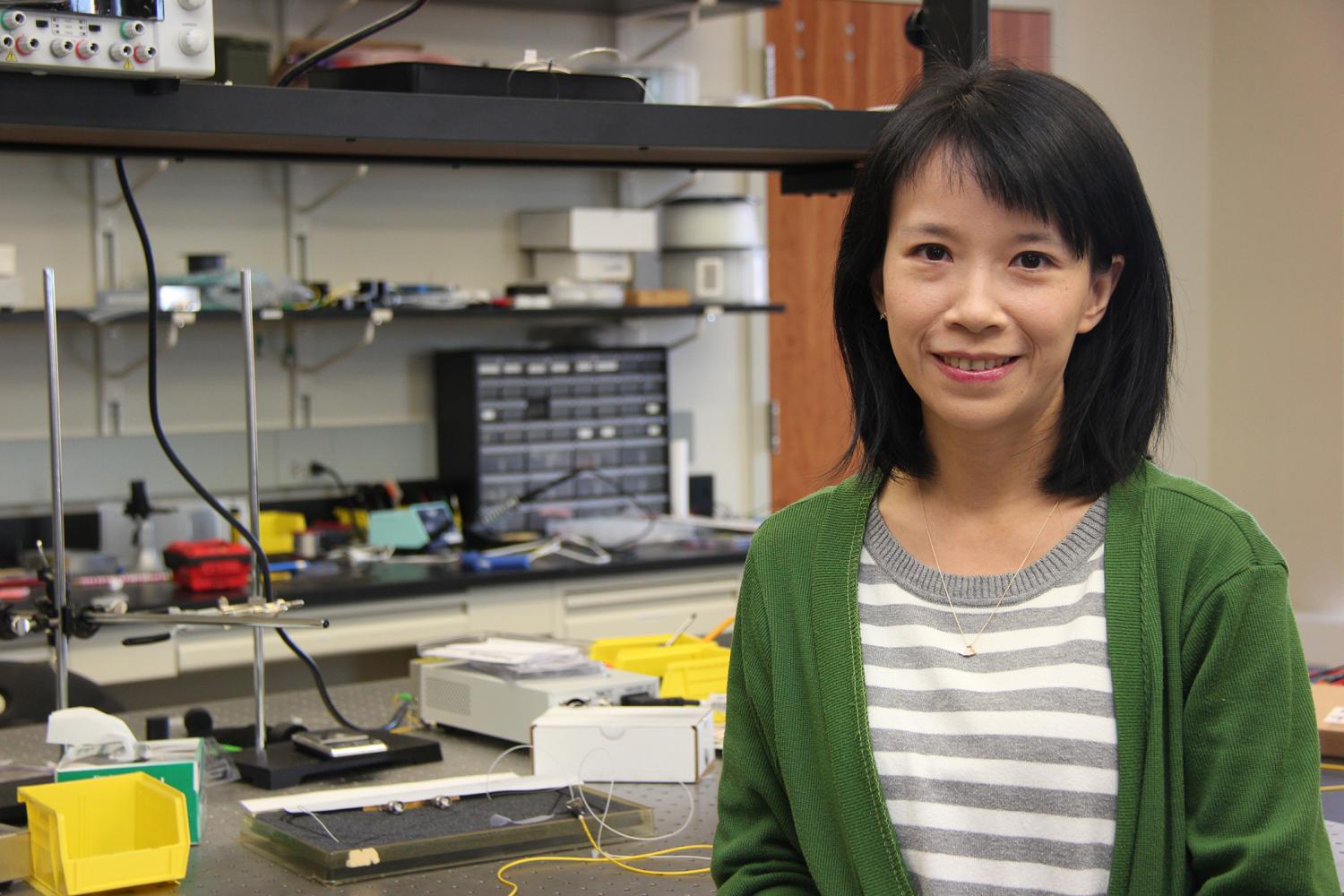 As wireless networks become more crowded with devices and more taxed by the demand for anytime, anywhere access, these networks are susceptible to radio frequency interference and jamming. It’s a problem that potentially affects everything from personal smartphones to communications satellites.

An unlikely source—a small South American fish known as Eigenmannia that depends on electrolocation for survival—presents a potential solution, according to researchers in the University of Georgia College of Engineering.

“Eigenmannia (virescens) is a species of glass knifefish, and they locate objects by generating an electric field and detecting distortions in the field,” assistant professor Mable Fok said. “They have a neural circuit that can effectively sense the frequency emitted by other fish, and they use this sense to regulate their own emitting frequency so they don’t interfere with the others.”

In other words, the fish have developed a natural system that prevents them from jamming each other’s signals.

Eigenmannia’s previously observed “jamming avoidance response,” or JAR, can serve as the model for an artificial neural network that improves the efficiency of wireless communications, Fok said.

Graduate research assistant Ryan Toole is a co-author of the article. Fok and Toole will present their research in March at the Optical Fiber Communication Conference and Exposition in Anaheim, California, and their ongoing work was featured recently in the December issue of Photonics Society News, a publication of the Institute of Electrical and Electronics Engineers.

“If we can borrow the JAR circuit from the Eigenmannia and replicate it in our communications frequency bands, then we can create a communications system that allows automated interference mitigation,” Fok said.

To simulate the theory, Fok and Toole designed an artificial neural model using photonics technology that mimics the way the JAR circuit behaves in the fish.

Photonics is the science of generating, controlling and detecting photons, which are particles of light. Photonic technology is found in a wide range of applications, from consumer electronics—barcode scanners, DVD players and remote TV controls—to defense and security—infrared cameras and remote sensing equipment. The technology allows systems to complete complex, real-time categorization and decision-making tasks.

In the researchers’ computer simulation, photonic interconnections mimic the neural function in the fish’s nervous system. The ultimate idea is to design a photonic nervous system that allows wireless devices to automatically seek an unused frequency when they detect interference from other devices.

Fok said the next steps in the project include building a physical prototype of the JAR circuit. The researchers also need to evaluate the best way to handle a large number of competing wireless devices in the system.