To help search and rescue operations in forest environments, MIT researchers have proposed an autonomous, collaborative drone system. To mitigate the unreliable GPS signals, the drones will solely use onboard computation and wireless communication, bypassing GPS entirely.

According to MIT, each drone will have laser-range finders that aid with path planning, position estimation, and localization. During flight, each aircraft creates a map of the area with a mounted lidar system, which helps detect multiple tree clusters. When the lidar signal returns a tree grouping, algorithms determine if it is an unexplored or already-searched location depending on distinctive signatures, such as the angle and distance between the trees.

“Drones can use that as a unique signature to tell if they’ve visited this area before or if it’s a new area,” says Yulun Tian, graduate student in the Department of Aeronautics and Astronautics (AeroAstro), and first author of the paper. 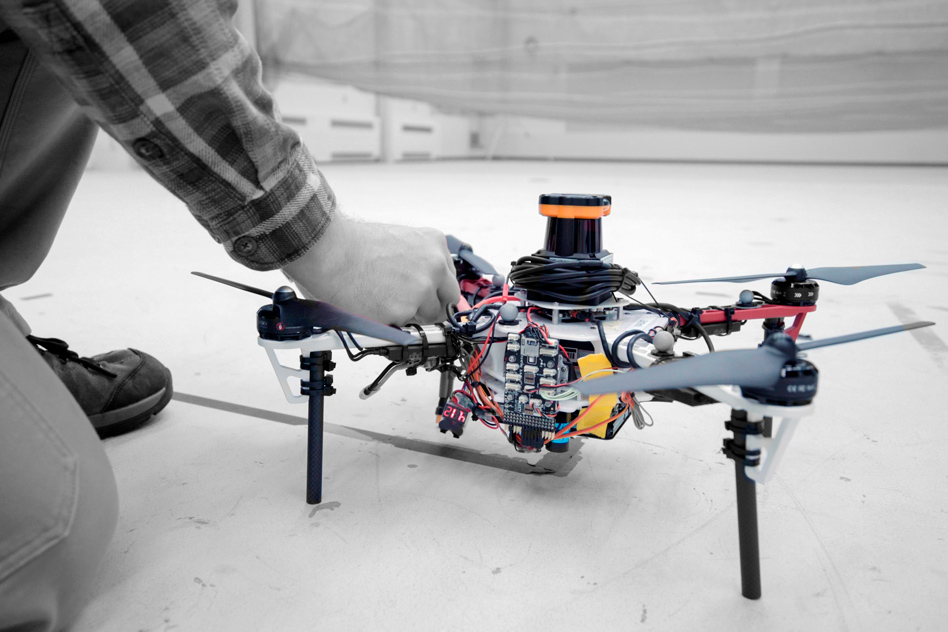 Calculating that relative transformation tells you how you should align the two maps so it corresponds to exactly how the forest looks,” explains Tian.

In the end, human rescuers at the ground station can view and monitor a global 3D map from the entire drone fleet. According to Tian, this method is more efficient than using a video feed attached to a drone, which requires a lot of bandwidth for transmission within a forest environment.

Another benefit, according to MIT, is the search and rescue strategy. Instead of searching the closest possible unknown area, the drones “explore the closest possible area while considering their speed and direction and maintaining a consistent velocity. This strategy—where the drone tends to travel in a spiral pattern—covers a search area much faster.”

However, in order to merge maps, the drones must still be in communication with a ground station. In experiments, the team had to construct a wireless router connected to each member of the drone fleet as well as the ground station.

In the next phase of development, “they hope to design the drones to communicate wirelessly when approaching one another, fuse their maps, and then cut communication when they separate. The ground station, in that case, would only be used to monitor the updated global map,” according to MIT.

The team also plans to add object detection to each drone’s arsenal, which could identify lost hikers and tag them on the map for human rescuers to intervene.

The research article will be presented at the International Symposium on Experimental Robotics conference (ISER 2018) in Buenos Aires, Argentina.