Gymnastics is an Olympic staple, featuring the extremes of human balance, strength, and kinetic precision. However, with judges deducting and awarding points, sometime precision and fairness doesn’t translate to the scoring system.

This may soon change with Fujitsu’s lidar-based technology.

Currently, judges scrutinize and evaluate a gymnast’s movements and joint angles throughout their routine. Although according to Shoichi Masui, senior expert of Fujitsu’s gymnastics project, via IEEE Spectrum, “human eyes cannot accurately measure the bending angle of joints.” This means identical motions can receive different scores, which can mask the intention of fairness with the stain of favoritism, explains Masui.

Fujitsu’s lidar solution strives to remove human judging error from the equation. The lidar system bounces light off of athletes while on the sidelines of the competition floor, and generates a 3D image of “the contours of the gymnast’s body,” according to IEEE Spectrum. Then, the Fujitsu AI system dubbed “skeleton recognition technology” will identify the athlete’s joint angles.

With a target error of less than +/- 1 cm, the data can be promptly sent to the judges to improve their assessment. 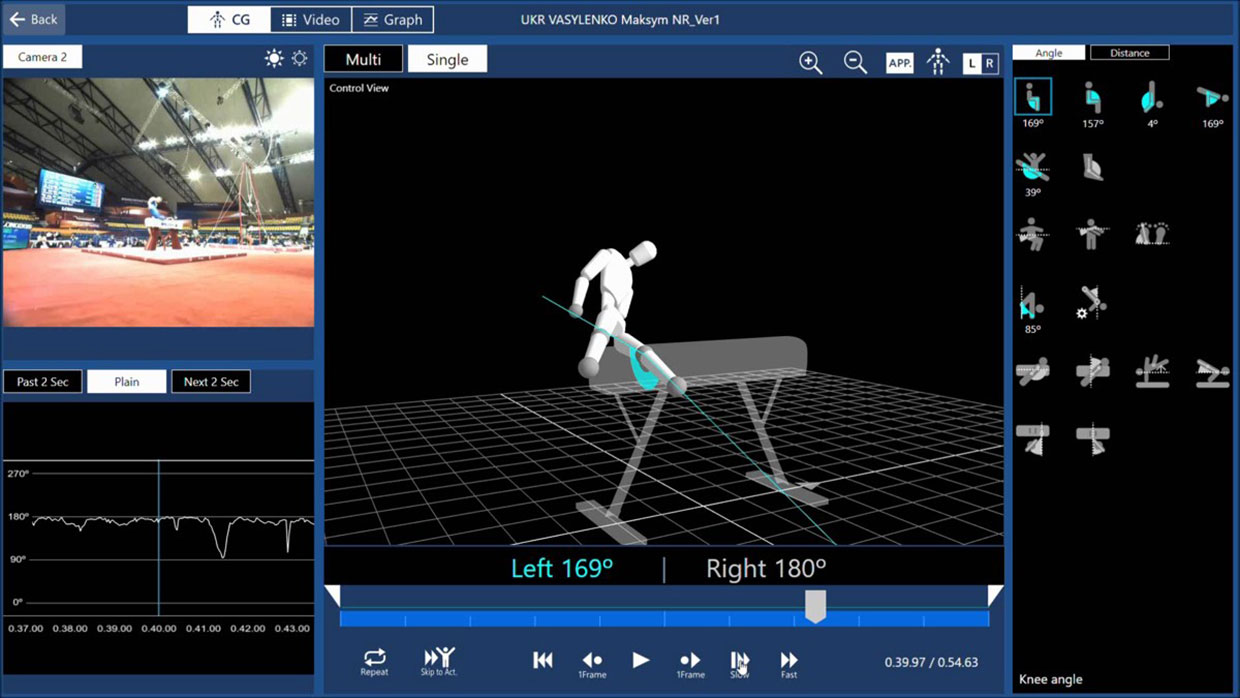 Montreal’s 2017 World Championships were home to the first field tests. There, the team realized sensor placement was developing into a laborious task in order to meet a number of requirements: range, viewing angles, and avoiding television broadcast interference.

Technical verification of the system occurred at the 2018 World Championships in Doha, Qatar.

Now, the International Gymnastics Federation (FIG) will test the joint-recognition portion of the system at an upcoming World Cup event, and phase it into competition at the 2019 World Championships.

FIG wishes to go fully automated by 2020, however, Masui says the system is meant to assist human judges, not replace them, according to IEEE Spectrum.

The lidar tech can also help athletes in training, and with smartphone apps geared toward gymnastics fans.