Microsoft is looking to increase adoption of its Windows 10 operating system in China.

Yusuf Mehdi, a vice president in Microsoft’s devices business, said in a blog post that Microsoft is looking to facilitate the use of Windows 10 in China’s public sector.

“We’re announcing a new joint venture that will license, deploy, manage and optimize Windows 10 for China’s government agencies and certain state owned enterprises and provide ongoing support and services for these customers,” Mehdi wrote in a blog post on the Microsoft’s website.

Mehdi goes on to explain that the new joint venture, which is subject to regulatory approval in China and is provisionally called C&M Information Technologies, will be based in Beijing and will serve government agencies, as well as state owned enterprises in key infrastructure fields such as energy, telecommunications, and transportation.

C&M is being established in partnership with the previously-announced China Electronics Technology Group.

Mehdi stressed that Microsoft will maintain ownership of the core Windows 10 technology while also allowing customers and partners to build components that plug into the platform.

“We’ll continue to keep Windows 10 secure and sustain our strong privacy standards,” Mehdi said, “while recognizing that public sector solutions may differ from technology offered to private sector enterprises and consumers around the world.”

Numbers from Statista show Windows 10 adoption is trending ahead of both Windows 8 and Windows 7. 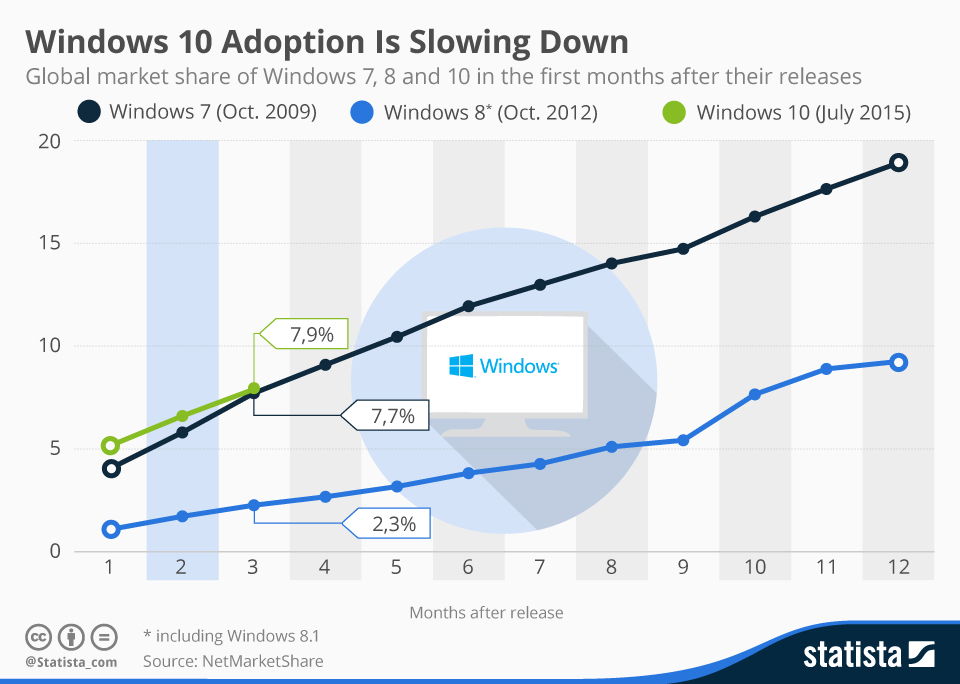